How businesses can square up to workplace violence 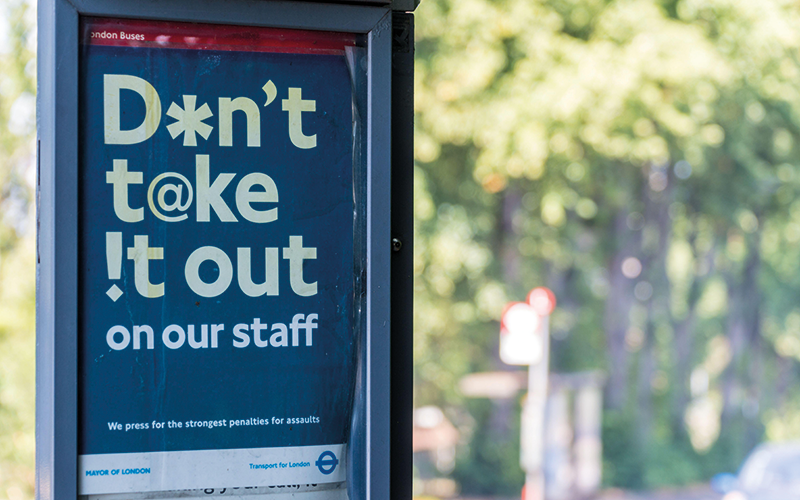 As the UK government ratifies the ILO’s Violence and Harassment Convention, how should businesses prevent aggression and assaults in the workplace?

During the first lockdown in April 2020, railway worker Belly Mujinga and her colleague were reportedly shouted at, coughed and spat on by a customer at London’s Victoria station (Transport Salaried Staffs’ Association (TSSA), 2022). Belly died of COVID-19 days later. The inquest into her death began in June 2022 and is ongoing.

The Home Affairs Committee held an inquiry into violence and abuse towards retail workers, which highlighted that employers have a duty of care to their workforce (House of Commons, 2022). It also outlined the role employers should play in ensuring that workers are confident enough to report incidents and are provided with appropriate support to deal with difficult situations when they arise. Scotland has passed legislation that makes it an offence to assault, threaten or abuse retail workers (Scottish Parliament, 2021).

Now the UK government has become the 11th country to ratify the International Labour Organization (ILO) Violence and Harassment Convention. In addressing the global framework outlined by the treaty, it plans to introduce a new duty for employers requiring them to create explicit protections for employees from harassment by third parties (Department for Work and Pensions, 2022).

The ILO’s international labour standard – the first to address violence and harassment at work – ‘provides the first internationally agreed definition of violence and harassment in the world of work, understood as a “range of unacceptable behaviours and practices” that “aim at, result in, or are likely to result in physical, psychological, sexual or economic harm”,’ according to Ruth Wilkinson, IOSH head of health and safety.

This definition aims to protect everyone in the world of work, including interns or apprentices, and those who exercise the duties of an employer. It covers the public and private sectors, formal and informal economies, and rural as well as urban areas. It is also designed to identify sectors, occupations and work arrangements in which people may be more exposed to violence and harassment – such as nightclub or gig sectors – and take specific measures to protect them.

Doug Russell CMIOSH, health and safety officer at retail union Usdaw, points out that work to tackle workplace violence and harassment has gone on in many sectors for many years. ‘Unfortunately, the progress that was developing in the early 2000s as a result of improved reporting and conflict management training has been eroded by the general increase in aggression that has occurred in recent years, as well as the cuts in public services and benefits,’ he says.

Generally speaking, any sector that brings workers into contact with the public on a regular basis is likely to be affected, including education, public transport and hospitality. But it is not a new issue. ‘Unfortunately, retail crime has been climbing for many years,’ says Emma Revell, the British Retail Consortium’s crime spokesperson. ‘Before the pandemic, there were 455 incidents of violence and abuse towards people working in retail every single day, which was a 7% increase on the year before.’

Assaults on rail staff were also an issue before Covid-19, with 4555 incidents recorded in 2019-20, according to Rob Jenks, policy adviser at TSSA, the trade union for transport and travel. Although the number of incidents reduced the following year, the number of passengers was substantially lower. ‘If anything, as a proportion of the reduced numbers of people travelling, [violence and harassment] got worse [during the lockdown]. Since the pandemic, the number of assaults has returned to pre-pandemic levels, causing concern about an increase in the normalised rate,’ he says.

Workers in the gig economy, particularly couriers, have reported experiencing harassment and violence in recent years. Two teenagers were convicted of manslaughter this year after luring taxi driver Gabriel Bringye using the Bolt app to rob him. ‘Some industries or roles are now at increased risk of violence and aggression than before the pandemic, such as those working in the gig economy – specifically those delivering food or goods – as the use of these services rose during the pandemic and lockdowns,’ says Ruth.

Aggressive digital communications are also a growing problem in some sectors, particularly education, healthcare and social care. One piece of research found that 78% of social work staff surveyed are concerned with being publicly identified and/or blamed in the media or on social media in connection with cases (Unison, 2022).

‘It can be very hard to control, especially if the organisation’s industry is in social media or employs workers to work on social media platforms for their business,’ Ruth adds. 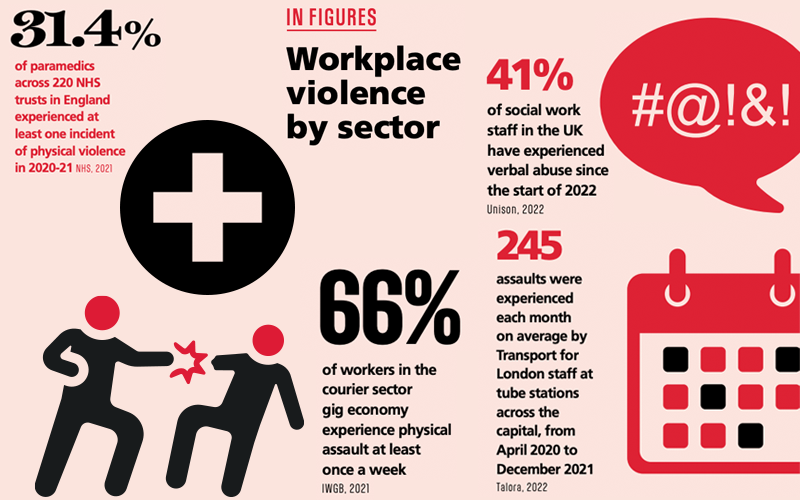 Workplace violence and aggression are extremely complex problems without simple solutions, according to Dr Noreen Tehrani, occupational health, counselling and trauma psychologist and past chair of the British Psychological Society’s crisis, disaster and trauma psychology section.

‘Aggression, both physical and verbal, and actual violence is due to a large range of factors,’ she says. ‘The impact of Covid-19 has been to magnify those factors, but in itself is not the cause of aggression and violence. There is a need to look at the personal and situational factors that make violence more likely to occur.’

People dealing with personal factors such as sick family members, underlying mental health conditions, personality factors or paranoia may be more likely to become angry, frustrated and unable to deal with their emotions. Situational factors include working in a noisy environment or dealing with a complaint without recognising the emotional state of the customer.

‘If the person providing support is tired, upset or frustrated themselves they can become defensive and confrontational when they feel they are being mistreated or disregarded,’ says Noreen.

‘There are some cultural differences in what [behaviour] is acceptable and what is not. However, violence and aggression are unacceptable in any culture and cannot be tolerated. Some people are violent due to mental health problems where there is an inability to control responses. People with these conditions need treatment rather than punishment.’

Another factor is the increase in reporting violence and aggression, and a greater understanding of them – both by employees and customers. Recent research (CIPD, 2020) shows employees are more confident in reporting inappropriate behaviour at work, according to Rachel Suff, the CIPD’s senior policy adviser, employment relations.

‘Societal changes such as the #MeToo movement and more media attention on issues such as sexual harassment have hopefully contributed to more understanding and less tolerance of unfair treatment at work,’ she says.

Noreen believes the pandemic has created changes in the way people work and behave, particularly because direct interpersonal reaction has been limited.

‘Some of the social niceties of working in a shared environment have been lost and need to be re-established,’ she adds. ‘It is essential to move away from an approach that is focused on identifying bad behaviours to one that maximises respect and good behaviours and encourages people to work in ways that maximise social inclusion, cooperation and support.’

Different sectors are taking different approaches to tackling workplace violence and harassment. NHS organisations have been ‘working even harder during the pandemic to provide additional support, particularly where instances of violence have increased’, according to Caroline Waterfield, director of development and employment at NHS Employers.

‘The Social Partnership Forum, which brings together employers and staff organisations, has been working jointly with NHS England to develop a new set of violence standards to help NHS organisations address this issue,’ she says, adding that NHS Employers will continue to work closely with employers to support implementation of the NHS People Plan, which focuses on reducing violence against staff. ‘It is vital that these issues are not ignored, and that staff feel able to work safely and speak up if they face violence or abuse,’ Caroline adds.

‘Huge sums’ are spent on crime prevention in retail – such as security personnel, body-worn cameras and CCTV – and retailers provide their staff with de-escalation training so they know best how to handle confrontation, Emma says. ‘Retailers are open to exploring other measures to prevent retail crime, and will increasingly be looking into technological solutions they can adopt.’

The railways sector has included workforce assaults and trauma in its 12 priority risk areas as part of its Leading health and safety on Britain’s railway strategy, which includes establishing a joint industry risk group, agreeing a definition of violence and trialling body-worn cameras. ‘In our view,’ says Rob, ‘OSH professionals should be among those taking a leadership role in tackling violence and aggression in a work situation.’ 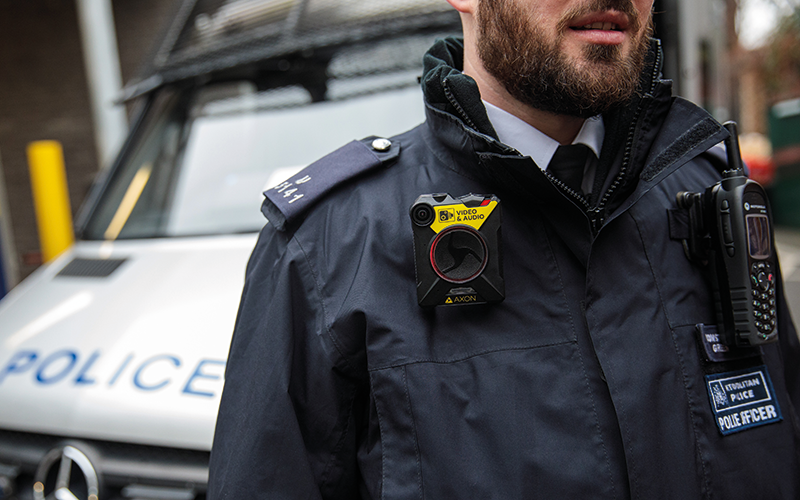 Work culture: What to do about conflict within teams

OSH professionals should be at the forefront of fostering inclusive working cultures that do not tolerate any type of inappropriate behaviour, Rachel Suff says. ‘Employers should proactively identify and manage conflict. They should train managers so they have the skills and confidence to intervene at an early stage and nip disagreements in the bud before they escalate.’

Clarity on the standards of behaviour expected is also crucial. ‘They must apply to everyone – including the most senior managers, who are not immune to bad behaviour,’ says Noreen Tehrani. ‘Organisations should also have processes for identifying and offering remedial training and support for those unaware of their behaviour’s impact on others, and sanctions on those who choose to behave badly for their own ends.’

Organisations need to move towards a proactive system to help prevent violence before it occurs. This could include consulting with workers and safety reps to understand the risks, a simple and clear reporting system, and appropriate training for managers and workers to make sure they understand the procedures in wider conflict management. ‘Worker engagement is central to the process, to ensure incidents are reported and the effectiveness of risk assessments and control measures,’ says Doug.

OSH professionals should strive to develop zero-tolerance cultures and develop policies and procedures that are communicated across their organisation and to external parties. ‘Senior leaders need to take a visible lead on the issue and set the tone for fostering a working environment where people feel empowered to speak up,’ Rachel adds.

Creating effective communication is also a key factor in preventing or reducing the risks of workplace violence and aggression. ‘Think about providing an open line of communication between management and other teams such as human resources, health and safety departments and key members of the organisation to help create a work environment where workers can raise grievances in confidence and are heard and properly responded to,’ Ruth says.

She concludes that there is no single way to control violence and aggression in the workplace: ‘A good understanding of the nature of an organisation and how it works are necessary in creating an effective method of eliminating, minimising, or controlling the risks.’

The picture of workplace violence and harassment across different employment sectors – and the impact of the pandemic – is gradually becoming clearer. Changes in law are intended to protect workers but need to be backed up by actions by employers. OSH professionals will continue to play a vital role.

Unison. (2022) Social work and the impact of the Covid pandemic: reflections from the workforce. (accessed 22 June 2022). 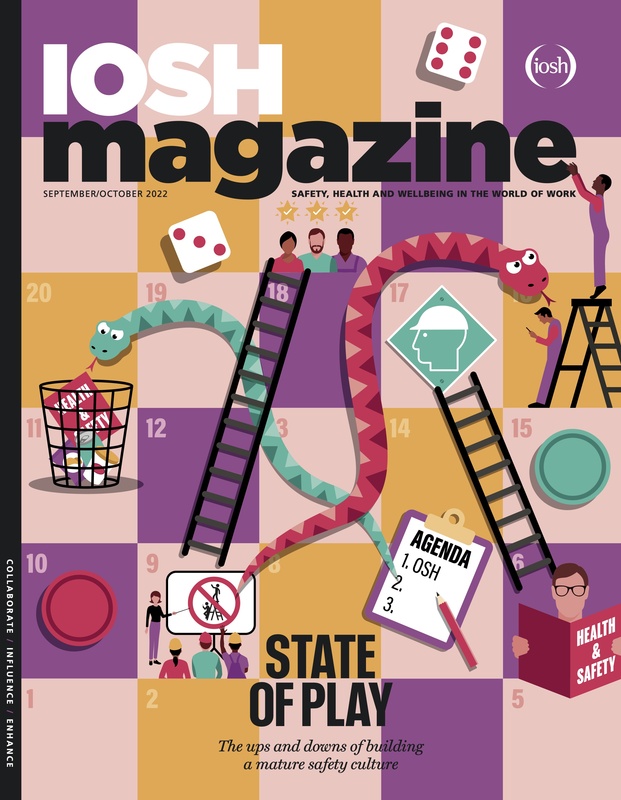 This article appeared in our September/October 2022 issue of IOSH Magazine.
Click here to view this issue
Topics
News
Violence at work