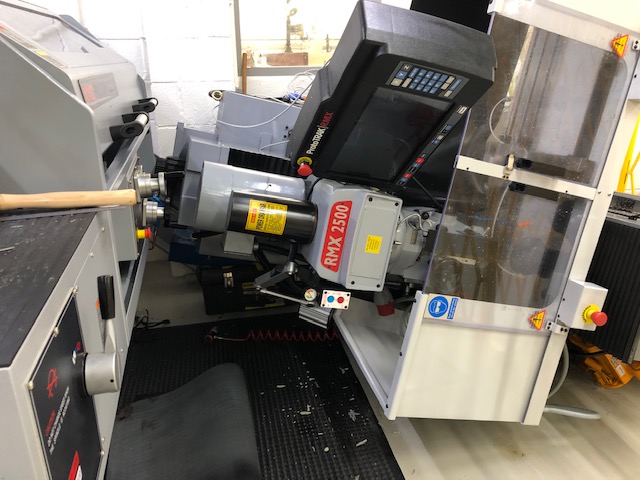 Dyson Technologies has been handed a £1.2 million fine after a worker at its Wiltshire site narrowly escaped being crushed by a 1.5 tonne milling machine.

The employee, who was moving the machine at the tech firm’s site at Tetbury Hill in Malmesbury on 27 August 2019, sustained head and chest injuries after it fell on top of him.

Barry Miles, the injured worker, managed to avoid being crushed under the machine’s weight only because it landed on a stack of apprentices’ toolboxes and the handle of a neighbouring lathe, the Health and Safety Executive (HSE) found when it investigated.

The HSE concluded that the global technology firm had failed to provide suitable and sufficient information, instruction and training for workers who were moving the milling machine.

The tech firm had also failed to adequately assess the task of moving the machine and devise a safe system of work to ensure it was completed safely.

Swindon Magistrates’ Court was told on 25 July that two employees in the workshop support team were moving a large milling machine in the prototyping department when the incident took place.

The department, which uses a range of techniques to research and develop new technologies, product designs and manufacturing capabilities, contains several milling machines and lathes in its workshops, the court was told.

Although the movement of certain machinery was contracted out to external specialist lifting companies, the workshop support team would respond to requests for the internal movement of machinery, including manual milling machines.

On the day of the incident, workshop support team supervisor Keith Cambridge received an email requesting the movement of the 1.5 tonne milling machine. He had wanted to use a forklift truck but this required 72 hours’ notice to be given to the firm’s central health and safety department with a written risk assessment.

However, the court was told that ‘he had no training in completing risk assessments of this type’. In the event, the time-scale meant this option wasn’t available and it would also have been difficult to use a forklift in the space where the machinery was located.

Instead, Cambridge and Miles used a method that involved the use of two sets of three-tonne jacks, a five-tonne jack, one steering skate and two roller skates, and a number of wooden blocks.

The court was told, however, that ‘neither of them had ever been trained in the process of moving machinery’. Also no risk assessment, method statement or lifting plan had been prepared by a competent person for the machinery’s movement.

The two employees had tried to lift the heavy machinery using the five-tonne jack and were in the process of replacing two fixed roller skates with several wooden blocks when the machine toppled over and struck Miles.

He sustained rib and shoulder injuries as well as a wound to his head. The court was told that had the machine toppled over completely, it was likely that Miles would have died or sustained life-changing injuries.

Dyson Technologies of Tetbury Hill, Malmesbury, Wiltshire pleaded guilty to breaching s 2(1) of the Health and Safety at Work Act 1974.

In pleading guilty, Dyson Technologies said company policies had been in place to reduce risks but these were not followed at a local level.

The tech firm submitted that at the time of the offence, the company policy for the movement of machinery was that it either had to be done using a forklift, which required a risk assessment, or it was contracted out to external contractors.

However, when Dyson Technologies was pressed, it accepted ‘that there was no such policy in existence at the time’, although one has now been put in place, the court was told. The company accepted that there had been no specific policy covering the in-house movement of large milling machines and that ‘jacks and other equipment were made available to employees to move heavy equipment without the requirement for risk assessments, training or supervision’.

District judge Joanna Dickens concluded that the tech firm ‘fell far short of the appropriate standard’ and agreed with the prosecution that it was high culpability. She also said that the case fell into the top category of harm risked because the incident ‘could have caused death or very serious injury’. The judge added that the likelihood of harm occurring was medium.

Concluding that the offence fell within high culpability with harm category 2, the district judge said that Dyson Technologies’ turnover for 2021 was £4.9 billion, which made it a large company. The starting point for this would be £1.1 million with a range of £550,000 to £2.9 million.

However, she decided to move the case up to harm category 1 in the high culpability bracket, with a starting point of £2.4 million and a range of £1.5 million to £6 million.

Considering that there were no aggravating features, she took into account the tech firm’s mitigating factors, including its excellent safety record, full co-operation with the HSE investigation and early guilty plea before reducing the fine.

Handing down the sentence via video link on 3 August, the district judge ordered Dyson Technologies to pay a £1.2 million fine plus £11,511 in costs.

Representing Dyson Technologies, Ben Compton QC told the court that the tech firm had taken immediate steps to resolve the situation after the incident and had introduced a new training programme and risk assessment system.

‘This incident could have been fatal,’ said HSE inspector James Hole. ‘Those in control of work have a duty to assess the risks, devise safe methods of working and to provide the necessary information, instruction and training to their workforce.’