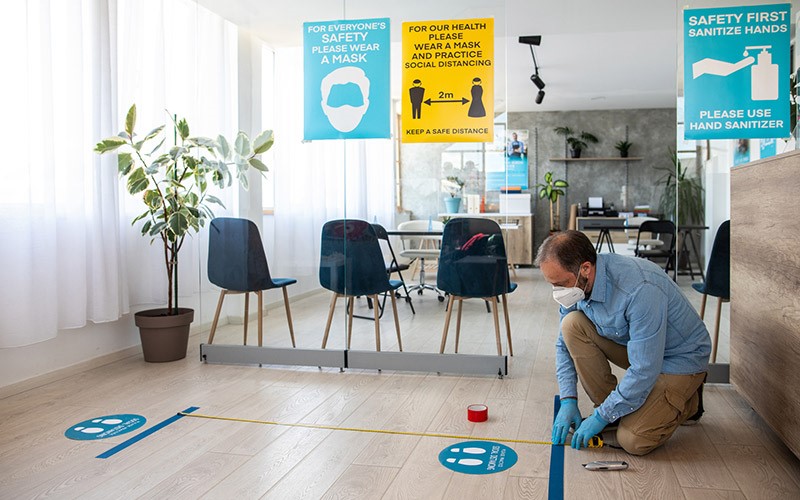 A new report from the European Agency for Safety and Health at Work (EU-OSHA) has underlined the need for stronger OSH protections in response to the growing focus on psychosocial work to support wellbeing and productivity, changes to working practices brought about by COVID-19 and technological advances in the economy.

The overview report on how European workplaces manage safety and health also noted that risks around OSH management are predicted to intensify with, for example, ‘the expansion of supply chains to include smaller organisations that have comparatively more informal working practices and allocation of responsibilities, and the introduction of novel business models’.

The report, published on 26 July, analysed the results of the third European Survey of Enterprises on New and Emerging Risks (ESENER 2019), which covered more than 45,000 business enterprises in 33 countries, comprising the EU-27 plus Iceland, North Macedonia, Norway, Serbia, Switzerland and the United Kingdom.

ESENER is a monitoring tool for OSH in Europe that enables European and national policymakers to measure longitudinal trends and identify changing OSH patterns, such as the reported presence of health and safety risks, OSH management, psychosocial risks, OSH drivers and barriers, including psychosocial risk management, and employee involvement.

Building on earlier surveys in 2009 and 2014, ESENER 2019 is significant because it also provides valuable data on new topics that are relevant to OSH management, notably digitalisation, perceptions of the quality of preventative services, and evaluation of accidents and sickness absence.

‘These results are published at a time when there is a vital need to reinforce the approach to OSH management,’ the report noted. ‘The COVID-19 pandemic has rapidly transformed the working environment, demanding re-evaluation of the risks that workers face and the adoption of measures tailored to new circumstances.’

The report’s conclusion highlighted a number of issues that were identified in the ESENER 2019 analysis.

Considering the growing focus on the importance of psychosocial work, the report noted that ‘establishments in the EU-27 do not seem to prioritise psychosocial risk management in their OSH management systems’.

Since the previous survey in 2014, employers have not increased OSH measures to manage these types of risks in the workplace, for example, by reorganising work or intervening if employees are working excessively long hours, the report said.

The analysis revealed that psychosocial risks were lower in enterprises that employed an occupational health doctor or an expert for accident prevention. The conclusion drawn was that ‘OSH professionals can help to identify or reduce psychosocial risks upfront, as opposed to what was the case with other risk factors.’

The report also found that this was also the case with other measures that have been introduced, for instance, a procedure to deal with possible cases of threats, abuse or assault, and a plan to prevent work-related stress.

As with the results of the previous 2009 and 2014 surveys, the report concluded that about three-quarters of EU-27 enterprises conduct risk assessments regularly.

However, while the analysis found that most large organisations undertook risk assessments regularly, smaller organisations, especially micro businesses, tended to use less formalised OSH management practices, which in some cases suggested a weakness in the management of the working environment.

An additional concern was the ‘possible OSH management response’ to recent changes in the workplaces brought about the pandemic, which took place after the ESENER 2019 survey concluded.

The report noted that a quarter of companies surveyed said they did not conduct risk assessments regularly; the main reason given being that the ‘risks are already known’.

The analysis found that companies that said they didn’t conduct risk assessments regularly were most frequently found in sectors that posed serious OSH risks, such as mining and quarrying, and agriculture, fishing and forestry.

Significantly, many risk assessments did not entirely cover all relevant work premises, such as homes, or all of the individuals at risk from hazards in the working environment, the report noted.

‘This shows that employees play a key “bottom-up” function in ensuring the completeness of OSH management activities,’ the report said.

To improve OSH culture, the report added that the focus needed to be on ‘hard-to-reach’ establishments that do not conduct regular risk assessments. ‘Challenging the notion that the “risks are already known” is key to changing behaviours,’ it concluded.

Although only around a quarter of companies surveyed discussed the OSH impact of digital technologies in the workplace, the report said it was important that OSH management kept pace with digitalisation trends, particularly with the increased move to home working and the adoption of new business models.

‘OSH services, guidance and inspections can play a role in alerting establishments of their duties to ensure a safe work environment,’ the report said.

It added that OSH representatives also had a critical role in any discussions around the possible impacts of digital technologies. As a result, ‘engaging employees directly can also be a good solution for managing emerging digital risks’.