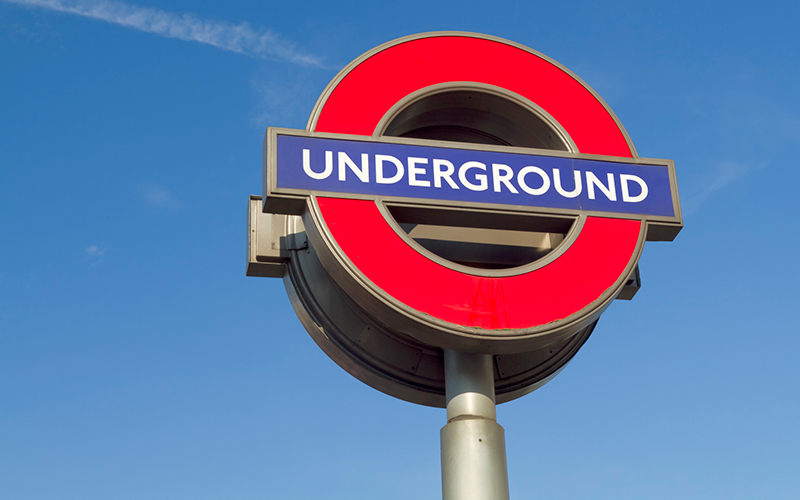 An employment tribunal has ruled that an advanced train maintainer working for a division of London Underground was subject to detrimental treatment by his employer after being suspended for raising continued health and safety concerns relating to protected disclosures.

The case, which was heard at Watford Employment Tribunal on 25 and 28 April and concluded on 8 June, was brought by Kyle Dempsey, who had been employed by London Underground since 2003 and was working with its ‘TransPlant’ division when he issued proceedings on 30 September 2019.

The division is responsible for providing engineering trains along with plant and equipment to support maintenance renewal and the upgrade of London Underground tracks, trains, signals and other infrastructure.

The employment tribunal heard that Dempsey was an elected health and safety representative for the National Union of Rail, Maritime and Transport Workers (RMT) and was ‘about to make representatives over serious safety issues regarding protection’ at a Tier 2 meeting on 23 May 2019 when he was informed he was suspended just before the meeting commenced.

In the evidence that his legal counsel Nick Toms, a member of Doughty Street Chambers Employment and Discrimination team, provided to the employment tribunal, Dempsey said that on 27 April 2019, he had raised health and safety concerns with a long serving contractor which included the scope of the works being undertaken, whether the track was safely secured and in relation to certification.

Then, on 3 May 2019, Dempsey’s counsel said he sent an email to Paul Davis, head of TransPlant, to inform him about various health and safety concerns, including that uncertified contractors were working on the track.

Later that month, on 20 May 2019, Dempsey’s counsel said he raised concerns with the division’s maintenance performance manager on behalf of his union members, including about the working arrangements that related to protection arrangements when working on the track. In the evidence provided to the tribunal, he said that these arrangements breached London Underground’s agreed health and safety procedures.

As the division’s health and safety representative, Dempsey said he had been ‘persistently pursuing health and safety concerns about “protection” on the track’ and it was these issues that ‘gave rise to this litigation’.

Protection is defined by the measures that are put in place to make the track safe in areas B and C for engineering works. To undertake this work, London Underground uses specialist protection staff called ‘protection workers on the track – depot’ or PWT-D.

Dempsey’s counsel said that he ‘placed considerable emphasis on protection issues and advocated for this to be brought in-house and for London Underground staff to be trained in providing protection rather than external contractors’.

Davis told the tribunal that the London Underground rulebook was ‘written with passenger trains in mind’. This meant that it was difficult to apply it to TransPlant because elements of the rulebook ‘did not allow for engineering vehicles’.

As a result, Davis said he ‘sought to devise safe ways of working that involved fencing off areas of the track that would effectively reclassify it to “Area A”, being effectively a shed without a roof and avoiding the protection issues.’

The head of TransPlant added that his plan was to review areas of the division with the intention of making all areas safer to work for staff and have the rulebook amended.

He told the tribunal that he considered his plans were safer than Dempsey’s proposals because ‘should London Underground staff be providing protection for their own colleagues, they would risk being distracted and potentially tempted to assist with tasks being undertaken by those being protected’.

The issue that ultimately led to Dempsey’s suspension relates to a disputed technical notice dated 17 January 2018 which the employment tribunal was told purported to deal with ‘…a safe system of work to be followed when working on non-electrified track within the TransPlant Ruislip depot.’

The technical notice instructed that neither a possession nor protection was needed provided this safe system of work was followed. The previous union representative had initially agreed to the procedure but subsequently withdrew the union agreement on 13 February 2018, stating that it ‘contravenes protection rulebook’ and instructing members not to follow the process. The employment tribunal heard that there was further correspondence indicating that the trade union objected to the continued use of the disputed technical notice as it breached the rulebook.

As a first step, when trade unions want to raise health and safety issues with London Underground, they need to do this via management at a local level, the employment tribunal was told. When agreement cannot be reached, this needs to be escalated to a Tier 2 meeting. The tribunal was told that Davis chaired the Tier 2 meetings at the relevant time.

After Dempsey had approached the contractor on 27 April 2019, the contractor sent a letter of complaint regarding Dempsey’s ‘aggressive’ behaviour towards him to TransPlant’s maintenance performance manager, who informed Davis.

Davis decided against suspending Dempsey but decided instead to investigate the matter. However, Dempsey was not informed that an investigation into the incident had commenced, the employment tribunal heard.

Then, on 16 May, Dempsey emailed a ‘Tier 2 agenda’ for a meeting taking place on 23 May, which escalated the protection matters that the RMT contested with management.

The employment tribunal heard that on 20 May, Dempsey had a heated discussion with a fellow union member who questioned his proposal to bring the protection in-house.

The next day, Dempsey’s counsel said he received reports from members who were being asked to work in accordance with the disputed technical notice. He advised his members that they had a right to refuse to work on health and safety grounds and said he would raise the issue as a matter of urgency.

Having considered the two incidents, management had debated whether to stand Dempsey down. However, according to TransPlant’s HR adviser, who gave evidence, Davis felt it was appropriate to suspend Dempsey in relation to his ‘alleged conduct and the fact that there was a risk of future incident’.

The HR adviser also told the tribunal that Davis also raised concerns about Dempsey’s health and the fact that ‘his mental health might be impacting on his conduct at work’.

When Dempsey attended the Tier 2 meeting on 23 May, he was told he was suspended. The accompanying letter stated that the reason for his suspension was because TransPlant had ‘received two separate reports in relation to the claimant’s conduct over the last three weeks’.

However, in its deliberations, the tribunal concluded that Davis’ ‘ main purpose in suspending [Dempsey] was a desire on Davis’ part to remove the claimant from his role as the trade union representative due to his previous union activities in bringing protection issues to his employer’s attention and to prevent [Dempsey] from raising continued health and safety concerns in respect of protection issues, particularly at the Tier 2 meeting’.

The judge also upheld his claim for detriment contrary to section 47B Employment Rights Act 1996 in relation to protected disclosures. However, the judge dismissed Dempsey’s remaining claims.