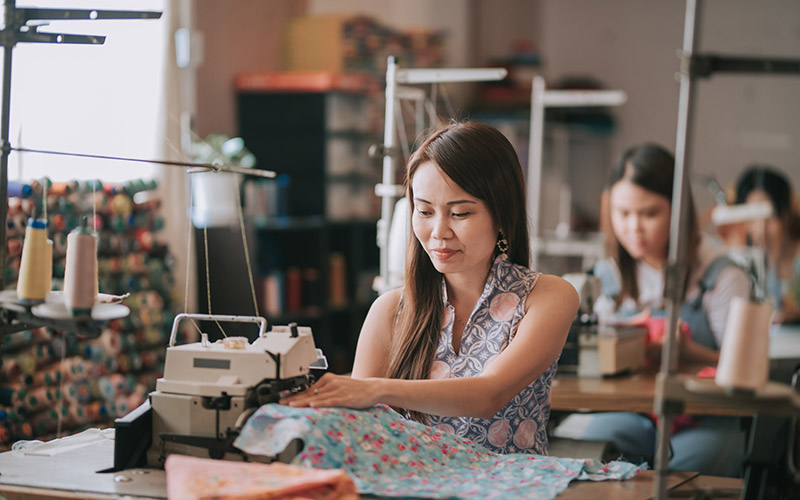 Public policy, codes and accords should be better used to protect factory workers worldwide from Leicester to Lahore; so argues Richard Jones CFIOSH, commenting on new research reports, as the ILO recognises OSH as a fundamental right.

The ‘Fashioning a beautiful future’ (FABF) research into UK garment workers, found that while some believed their conditions were good, others thought that they were poor, citing  fire risks, lack of protective equipment and hygiene (e.g. vermin and dirty toilets), poor ventilation, overcrowding, exposure to chemicals, and serious workplace accidents, with no first-aid or records. Bullying, shouting and intimidation were also reported.

These are concerning accounts about which people will want to know – when was this the case and, also, where did it happen? Sadly, it was as recently as 2022 and relates to the UK, in Leicester garment factories. This is despite the fact that the UK has had laws intended to protect factory workers for over 220 years. Among the workers’ priorities for change (see fig.1) were working conditions, work intensity and treatment by supervisors – all areas where OSH professionals are keen to provide vital advice, training and support, and to work with management, human resource and procurement colleagues.

Figure 1. Examples of worker priorities for change (based on FABF report) 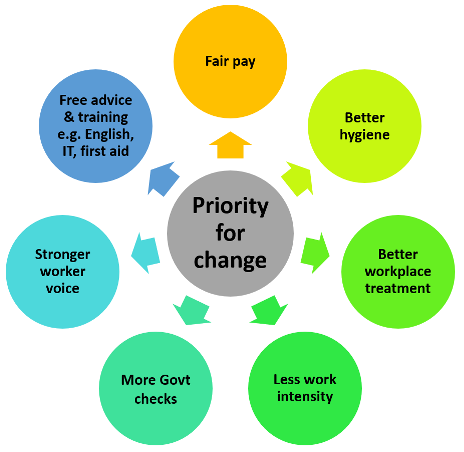 So we must ask probing questions about how bad practice has been allowed to happen and how we can strengthen the regulatory fabric to better protect workers. Specifically, how can we reward responsible employers and those working to improve OSH in their manufacturer supply chains, reinforcing the business-case for ethical practice?

Back in 2017, the chartered body of occupational health and safety professionals (IOSH) called for extension of licensing to the garment industry and other at-risk sectors, reinforced in its subsequent White Paper. OSH professionals also supported the pledges to improve worker rights, fairness and enforcement, as in the 2019 Queen’s Speech briefing. While, in 2020, voices were raised about reports of poor working conditions in Leicester garment factories (see ‘Leicester factories in the spotlight over slavery claims’

Today, at a time when the ILO has achieved landmark global agreement on recognising OSH as a fundamental right, the factory abuses described in research reports represent an ongoing stain. The workers affected, and the many other factories that are ethically and responsibly run, deserve action and a level playing field for regulatory standards. This can help prevent the good employers from being undercut by exploitative competitors and a race to the bottom (see fig.2). The UK Government needs to start by taking six key steps:

And all governments worldwide should commit to help factory workers and address serious OSH and wellbeing issues, for example, 65% of female garment workers surveyed in Pakistan report their work makes them feel miserable most or all of the time (https://cleanclothes.org/file-repository/final-pakistan-safety-report-july-2022-ccc.pdf). Countries need to: 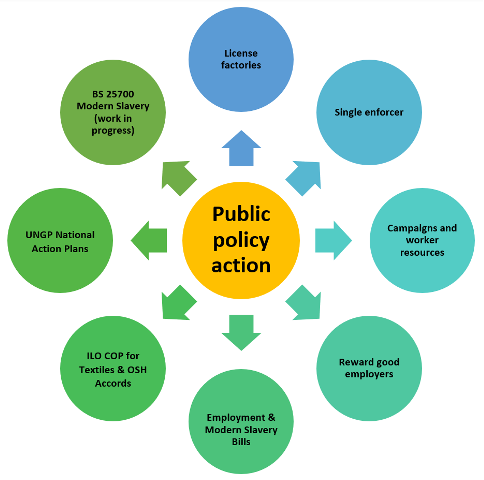 Given the strong UK public support for action, campaigns and labelling for good working conditions, any further delay in preventing exploitative and unsafe work is unacceptable. The UK system and others worldwide must be urgently strengthened to provide the regulatory fabric and free worker-resources that people rightly expect – it’s about action, not words and publicly supporting ethical business practice.