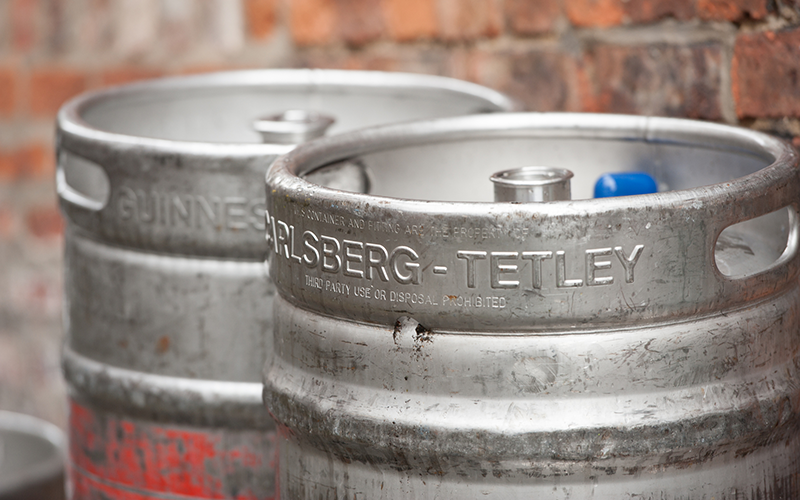 Global brewing giant Carlsberg has been fined £3 million after a contractor died and another was seriously injured following an ammonia gas leak at one of its breweries. We spoke to HSE principal inspector Samantha Wells about the case.

In November 2016, Carlsberg was in the process of upgrading the refrigeration system – a key element of the brewing process – at its main UK brewery in Northampton.

'On 9 November 2016, part of the work being done involved the removal of the refrigeration system’s old compressor. It was during the removal of the compressor that there was an uncontrolled release of ammonia gas, which killed David Chandler and seriously injured David Beak. It also resulted in another 20 people requiring medical assistance, including some of members of the emergency rescue team.'

The HSE was notified of the incident the same day and immediately began a joint investigation alongside the police.

'Our first prime concern was safety. In this case, the rescue effort genuinely was that – an attempt to rescue people – then after that we needed to take a step back and be sure that everybody was safe. So we couldn’t go to the site because it was too dangerous,' explained Samantha.

'That meant we helped coordinate specialist support and we have a team of scientists and specialists at the HSE who could then determine when it was safe to enter site. There were a lot of people working together on this – Carlsberg had to be heavily involved because it was its plant, then there was the police, fire service and the HSE. So it was a coordinated response at that point, with each agency using its expertise to work towards a resolution.

'The investigation was initially under the work-related death protocol because Mr Chandler died a as a result of the ammonia release. When somebody dies, the police initially lead investigation and we support. Subsequently, if the police are satisfied there are no grounds for gross negligence manslaughter or corporate manslaughter it comes to us as the lead regulator and we assume primacy.

'Our starting point was to assist the police in determining the identities of the companies involved, as well as understanding the scope of the work being taken and the tasks being carried out on that particular day. Then we needed to help to identify the roles and responsibilities of those involved. Once we had done all of that, we could then look at what legal duties those companies had. One of the key parts is we look at who is in control, because those in control are the people who can effectively ensure the health and safety of everybody.'

Although the investigation was quite complex, the reasons for the incident were actually quite simple and it essentially came down to inadequate isolation.

'Prior to the compressor being disconnected from the refrigeration system, it should have been isolated. That isolation would have ensured those carrying out the work on the compressor would not have been exposed to ammonia gas,' Samantha explained.

At Birmingham Crown Court, Carlsberg Supply Company UK Ltd – which was summonsed under its new company name of Carlsberg Marston’s Brewing Company – pleaded guilty to charges under sections 2(1) and 3(1) of the Health and Safety at Work Act, and regulation 3(1) of the Management of Health and Safety at Work Regulations. The company was fined £3 million with costs of £90,000.

However, the case against Crowley Carbon did not reach court as its creditors had requested that Crowley Carbon be put into administration. 'They were put into compulsory liquidation and the company has since been dissolved,' noted Samantha. 'So while the charges will remain on the court file, we couldn’t actually prosecute Crowley Carbon because it no longer exists.'

The prosecution was approved back in 2019 but it was delayed due to the effects of the pandemic. Carlsberg pleaded guilty at the first hearing back in 2020 although Crowley Carbon pleaded not guilty.

'What’s important to understand here is that both Clients and Principal Contractors have duties – they both had the duty to ensure the safety of the workers undertaking this work.  Carlsberg and Crowley Carbon should worked together to ensure the risks associated with the work were adequately managed.

While Samantha says that projects involving multiple contractors always require 'effective management arrangements for planning, managing and monitoring risks to the health and safety of those who will be affected by that work', she also points out that this should have been particularly straightforward in this case.

'In this incident, it was only really two duty holders working together because Crowley Carbon was the principal designer and the principal contractor. It wasn’t a complicated or difficult arrangement,' she added.

'This incident was entirely preventable – all Carlsberg and Crowley Carbon had to do look at the risk of ammonia gas and identify the correct standard of isolation required for this type of system. Had they done that, David Chandler would not have lost his life.

'From the HSE’s point of view, it’s important that duty holders understand that in the case of an incident, the HSE will look to everybody with legal duties to determine if they have failed, and we will hold to account all those who do not comply with their legal duties. We will take action against all those who fail who ensure the safety of employees and others who may be exposed to danger.'