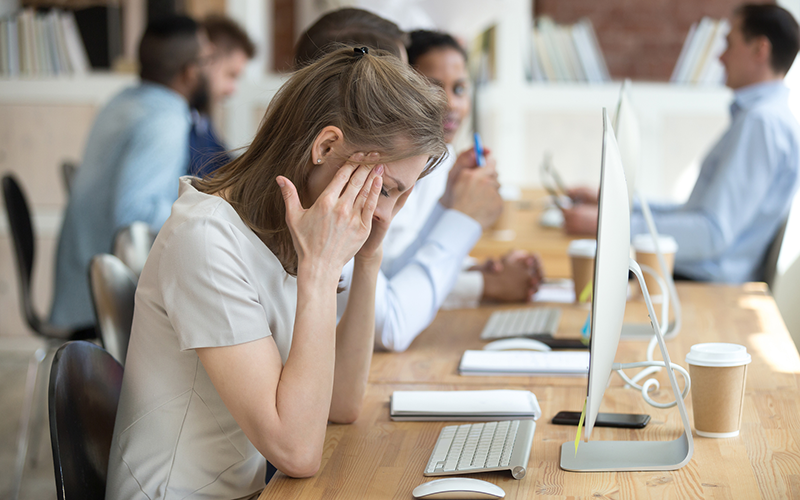 Unum UK, which launched the report in parliament on 19 May, says its proposed initiative would need £500 million in government funding to reform the current system but could boost the UK economy by £3.9 billion over five years.

As the report authors note, sickness absence is estimated to cost the UK economy up to £130 billion annually. In addition, the government is spending up to £29 billion in foregone tax and National Insurance contributions due to people not working as a result of their ill-health. Unum UK argues that reducing sickness absence could ‘unlock billions in tax receipts and increased economic output’.

Part of the problem, the report argues, is the requirement for businesses to record and report SSP payments was removed in 2014. This means it is difficult to quantify the ‘exact scale of SSP in payment and the associated costs for businesses’.

The authors note how an estimated 141.1 million working days were lost to sickness in 2018 yet the number of absences resulting in payments is far smaller due to SSP’s various eligibility criteria, including ‘waiting days’.

Significantly, two million employees have earnings that fall below the lower earnings limit and therefore are not eligible for SSP at all. The authors note that 70% of these employees are women.

The research, conducted by independent economics and policy consultancy WPI Economics, notes that six million employees a year are responsible for taking around 18 million ‘SSP-eligible days’. With SSP currently paid at a pro-rated rate of £99.35 per week, the authors report that these ‘SSP-eligible days’ costs employers between £100m to £250m.

However, most employees receive the ‘flat rate SSP payment’. The authors argue that £99.35 per week ‘is very low compared to [employees’] normal earnings’ and this amount is less favourable than those paid out in comparable advanced European economies.

Significantly, SSP also hasn’t kept up with changes in work patterns over the past four decades. An increasing number of people now have flexible work arrangements, work part-time or are employed in the gig economy. In addition, SSP hasn’t evolved to take the UK’s ageing population into account.

Another criticism is that SSP’s provision of ‘very low levels of payment’ has a knock-on effect on other ‘undesirable policy outcomes’, notably higher state expenditure on social security benefits. This is estimated to cost the government around £850 million a year.

‘The current system does not encourage or guide employers to provide comprehensive and effective sickness absence management support,’ the authors argue.

‘Reform of SSP has the potential to strengthen employer incentives to reduce levels of sickness absence. Insurance models offer a way to pool risks and resources with other firms, and allow even the smallest employers to access a comprehensive package of support which has a strong track record of improving absence outcomes.’

The report notes that for any new system to succeed, it must provide the following requirements:

The authors propose a new Statutory Sickness Support system, which moves away from ‘prescribing payments’ and ‘encourages proactive and effective support’.

This new system would enhance eligibility so that all workers are protected. By extending it to include workers with earnings below the lower earnings limit of £123 per week, around two million more workers would gain protection in the event of sickness, the report argues.

By shifting to an hourly rather than weekly calculation, and allowing sick pay and regular earnings simultaneously, the authors argue this would take account of part-time or flexible working. It would also give employees the option of a ‘phased return’ to work.

Importantly for businesses, Statutory Sickness Support makes it easier for employers to calculate sick pay for employees with working patterns that change week to week, the authors argue. This would also help strengthen the ‘safety net’ to reduce ‘income shocks’ and ‘alleviate poverty’.

Unum UK estimates that reforming sick pay in line with the report’s proposals would save the government around £120 million a year. In addition, the proposed system could create wider economic benefits worth around £500 million.

The employee benefits provider is calling on the government to unlock £500 million in new funding for smaller firms to level up mental and physical health support for employees covering:

Unum UK says its proposed Statutory Sickness Support system would offer better protection for all of Britain’s workers, but particularly the low-paid.

It argues the reforms would enhance the average ‘replacement rate’ – the proportion of an employee’s salary covered by SSP – from 28% of earnings under the current system to 63%, with most of the benefits going to workers who earn less than £25,000 a year.

‘Many more workers would have access to health and wellbeing support at work, reducing the risk and length of absence and supporting a strong economy, benefits system and health service,’ the report concludes.

Commenting, Nick Pahl, CEO at the Society of Occupational Medicine, says: ‘There is a need to “level up” access to occupational health as large employers are five times more likely to have access than those in SMEs.’

‘We have seen many large employers pick up the cost of a poor SSP system to prevent employees experiencing financial disadvantage, but this has become harder since the pandemic. Workers employed by smaller businesses experience greater financial disadvantage and, as this study highlights, poverty. This sadly too often makes small businesses a less attractive employment option for workers, who are increasingly mindful of the importance of sickness and pay benefits when choosing an employer.’