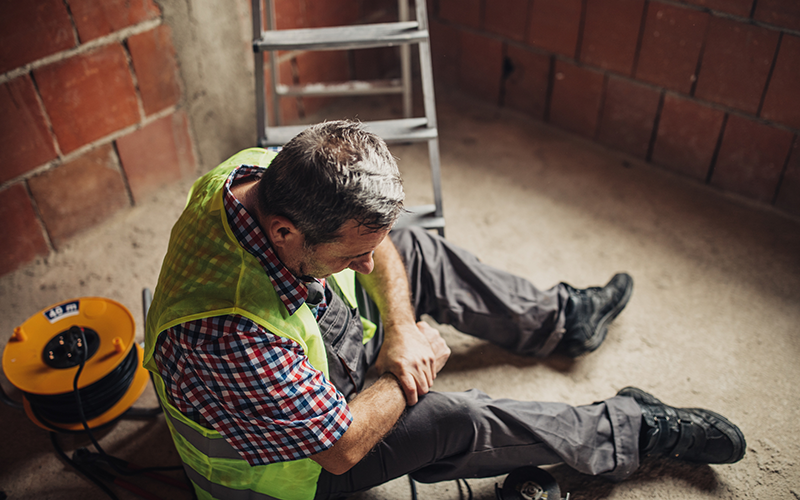 Companies are deliberately choosing not to report all of their safety breaches and fines, so risks to safety are not being picked up by shareholders and other stakeholders, a review of workforce safety disclosures from publicly listed companies (PLCs) has found.

The analysis by Pensions & Investment Research Consultants (PIRC) suggests that poor scrutiny of governance and compliance enables these businesses to ‘cherry pick which safety metrics they disclose’, providing only a partial picture of the safety risks their workforces face.

Europe’s largest independent corporate governance and shareholder advisory consultancy argues that ‘limited regulatory pressure, industry norms and an interest to portray the most favourable picture of their operations’ has influenced the decision to self-select the disclosure of safety metrics.

For example, the Lost Workers review identified 40 distinct safety metrics that are used in FTSE 350 corporate reporting. However, most companies choose to only report against one or two. In some cases, companies switch metrics from year to year.

The PIRC adds that when companies do disclose safety data, they use ‘a myriad of metrics and indicators’, which makes the ‘data hard to interpret, rendering industry or market-wide benchmarking impossible’.

Of particular concern is the revelation that incidents which involve contingent workforces – individuals who are indirectly working for companies, either as self-employed contractors or as agency or outsourced hired services – ‘are not routinely disclosed’.

In the UK, the consultancy estimates that around 3.6 million workers are engaged in low-paid contingent work, which includes almost a quarter of all people working in elementary roles such as cleaners or security guards and a fifth that work as plant operatives and in skilled trades.

‘If only a fraction of these workers is being counted in corporate reporting, and if companies are able to pick and choose what they report and when, stewardship over social risks by investors is impeded,’ the review concludes.

PIRC’s analysis found that even in high-risk sectors there was a lack of disclosures. As part of the analysis, it looked at enforcement data from Great Britain's Health and Safety Executive (HSE) and revealed that only 19 of the 57 PLCs that had been served enforcement notices since 2019 disclosed data on safety incidents among their contingent workers.

Disclosures are most common in industries that have historically relied heavily on contractors, such as construction and manufacturing, the review noted. However, the levels of disclosure are still mixed and companies self-select the metrics they report against.

In stark contrast, companies in new industries that rely on high numbers of contingent workers, most notably in the gig economy, workforce safety data was largely absent, the review found.

For example, of the three biggest UK operators – Deliveroo, Just Eat and Grubhub, PIRC found no safety data has been provided for the 800,000 self-employed couriers that are used to deliver their services.

The consultancy argues that the failure to report adequate disclosures of risks faced by contingent workforces in all the PLCs covered ‘undermines the overall dataset on occupational safety that is being disclosed by companies’.

Among its other findings, the review highlighted the problem of under-reporting that goes on. It noted, for instance, that the HSE had served 228 enforcement notices at 116 PLCs for occupational safety breaches for the years 2016 to 2021.

Of the 57 companies that have been handed an enforcement notice since 2019, only around half (53%) have listed occupational safety as a ‘principal risk’ in recent reporting, the review found.

The analysis also revealed that 12 PLCs have been handed convictions for occupational safety breaches since 2011. The combined fines for these breaches amounted to £8.6m.

Interestingly, although all of the companies covered in the review had reported in detail how COVID-19 had impacted on their operations, among the FTSE100, only eight had provided data on workforce cases or fatalities.

‘Safeguarding workforces – whatever the nature of the employment relationship – is one of a company’s most important duties. But current reporting on safety incidents has huge gaps meaning it is impossible for shareholders to monitor whether this duty is being met,’ says Alice Martin, PIRC’s labour specialist.

‘This is of particular concern with regards to contingent workers – those employed via agencies or as self-employed contractors – who are invisible in the safety disclosures of many major companies, even where those businesses are heavily reliant on their labour and are engaged in high risk activities, such as gig economy courier services and construction.’

The Lost Workers review puts forward a number of recommendations to help create a consistent framework for workforce risk disclosures.

The PIRC recommends increasing disclosures that relate to contingent work via public policy and also elevating the significance of occupational health.

Where this is missing, it argues investors should turn to voluntary initiatives such as the ‘Workforce Disclosure Initiative’ and the ‘Human Capital Management Coalition’.

The PIRC also recommends developing new frameworks for improved workforce reporting that build on successes in other areas.

It points to the Greenhouse Gas Protocol and argues that this framework could be adapted to ‘assess the social risks posed by a company in relation to the composition and treatment of their workforce’.

As the review concludes, ‘Taking a structured approach of this type would ensure the safety of delivery drivers working for platform companies, or subcontracted builders on sites run by major construction firms, becomes a reporting responsibility for those firms that benefit directly from their labour. It would seek to enable investors to understand where the risks are and to better support improved practices for the workforce as a whole.’