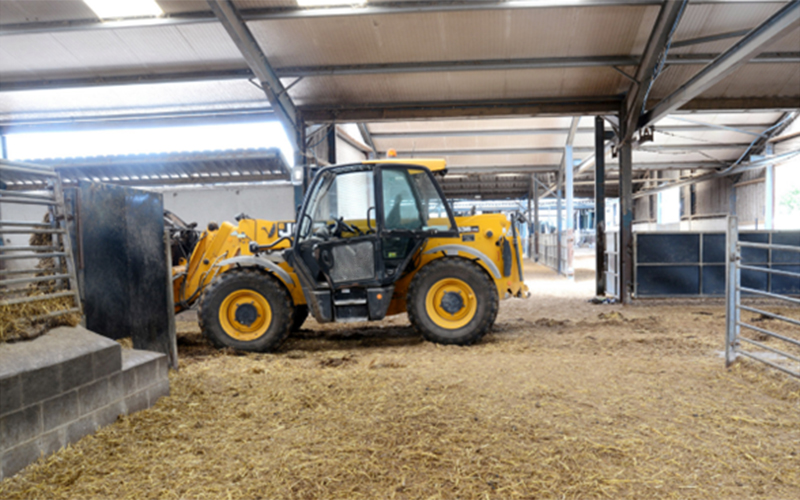 Image courtesy of the Health and Safety Executive

A goat farm has been ordered to pay £180,000 after a worker stepped out of a corridor into the path of a reversing telehandler and was killed.

On 1 August 2018, 53 year old Janet McDonald, an employee of Yorkshire Dairy Goats, was struck by a reversing telescopic materials handler vehicle (telehandler) whilst working at St Helen’s Farm in York. She was seriously injured and air-lifted to Hull Royal Infirmary where she died later that day.

Health and Safety Executive (HSE) investigators found that when the employee had finished milking the goats, she walked through a corridor and stepped out into the path of the reversing telehandler (pictured above). The driver was unable to see the worker so could not take action, and she was struck by the vehicle.

At Hull Crown Court, Yorkshire Dairy Goats admitted to breaching section 2 (1) of the Health and Safety at Work Act. As well as the fine, it was ordered to pay £20,000 in prosecution costs.

'Pedestrians and vehicles need to be kept apart at all work sites and this includes agriculture,' said HSE inspector Sarah Taylor after the hearing.

'This incident could so easily have been avoided by simply segregating vehicles and pedestrians.'