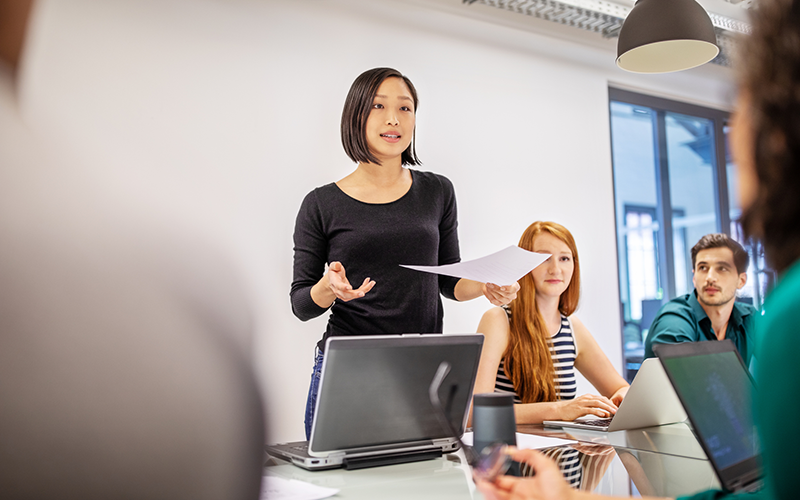 Employers are not doing enough to support the transition to a hybrid work model, according to Deloitte’s second Women at Work survey, which found that respondents experience a lack of flexibility and are feeling excluded.

More than half of women (54%) who combine remote and in-office work ‘have already experienced a lack of flexibility in their working patterns or are concerned this will happen in the future’, the survey reveals.

The poll of 5,000 women across ten countries also reveals that hybrid working is not providing the predictability that many women – including those who have care responsibilities – would like to see. [email protected] 2022: A Global Outlook found that ‘64% of hybrid workers indicate their employer hasn’t set clear expectations around where and how they are expected to work’.

The results also highlight how hybrid working ‘creates a risk of exclusion’ for women who are not physically working on site. Almost 60% feel they have missed out on important meetings and interactions due to hybrid work arrangements, which they believe has impacted on their career progression.

‘Women who have reported experiencing exclusion in a hybrid environment report much worse mental health and higher stress levels’, says the survey. They are also more likely to have taken time off work due to mental health issues.

The survey findings reveal that women in ethnic-minority groups and LGBT+ women are more likely to have experienced micro-aggressions than other groups.

On a positive note, women are slightly more likely in the latest survey to say their employer offers flexible working options compared to last year’s, although it is clear that flexible working remains a challenge for many employers. Even so, two thirds of respondents still don’t have access to a flexible working policy. In addition, ‘only 22% cited flexibility around where and when they work’.

Another worrying finding is that 94% of women polled believe that if they were to request flexible working, it could put a future promotion at risk. A similar figure (90%) feels their managers would not adjust their workloads if they requested flexible working options.

Deloitte’s 2022 survey suggests that the Covid-19 pandemic continues to take ‘a heavy toll on women’ and that burnout ‘has reached alarmingly high levels’. The findings reveal that 53% of women surveyed feel their stress levels are higher than they were a year ago, while 46% admit they feel burned out.

The findings suggest that women in middle-management roles and younger women (aged 18-25) are the two most affected groups, with 61% in both demographics reporting burnout.

Part-time workers are ‘almost 10% more likely to say that they feel burned out than those who work-full time’, Deloitte found. The survey reveals that part-time female workers are ‘far less likely to say that they receive adequate mental health support from their employers or feel comfortable disclosing mental health as a reason for their absence’.

Significantly, burnout is cited as the main reason why ‘women are more likely to be looking for a new role than they were a year ago’. Respondents also noted that poor work/life balance and an inability to ‘switch off’ had exacerbated the situation.

The survey reveals that one-in-ten women are actively looking for a new role, with more than half planning to leave their employer in the next two years. The survey reveals women in middle-management and non-managerial roles are most likely to leave employers.

Importantly, the research reveals that ‘women who work for Gender Equality Leaders report far higher levels of wellbeing and job satisfaction’. These are organisations in which women feel confident to report non-inclusive behaviours and micro-aggressions without worrying that it will impact on their career or lead to reprisals. It is also where they feel supported by their employer when they try to balance their work responsibilities with other commitments and where their career is progressing in line with their expectations.