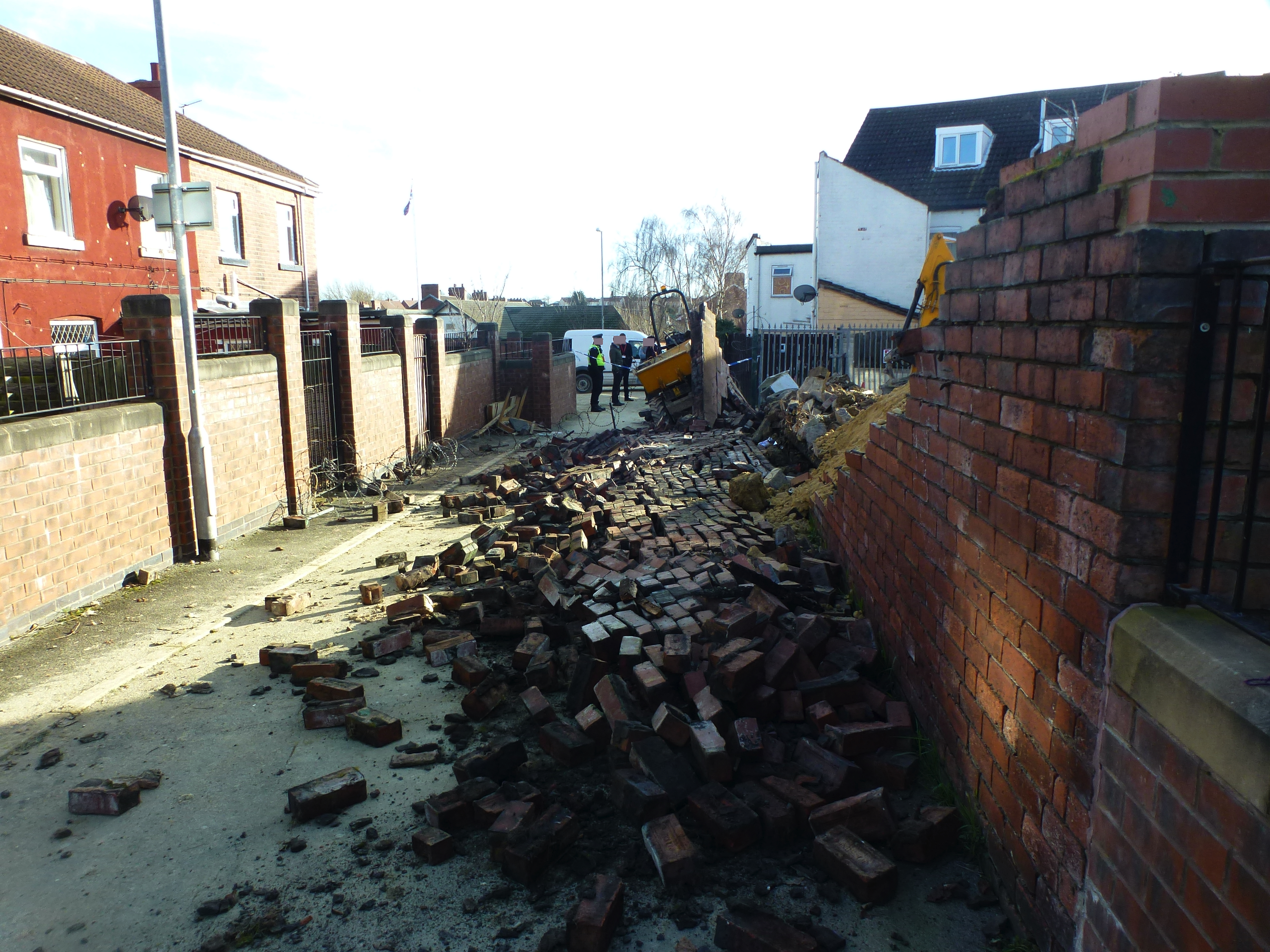 Advice from a competent person would probably have stopped a wall collapsing onto an eight-year-old child, which led to her having her big toe amputated, said the inspector from the Health and Safety Executive (HSE) who investigated the case.

On 7 February 2018, the child was walking with her mother next to a construction site belonging to Gurmit Properties Limited (GPL) in Pontefract, west Yorkshire.

'It was just before around 9 o’clock and the girl and her mum were walking to school down an alleyway round the back of some houses. Suddenly the six-foot-plus wall that they were walking alongside essentially collapsed. It missed her mum, but the little girl took the full brunt of it,' HSE Inspector Chris Tilley said.

'She sustained really nasty injuries. At the time she had quite bad wounds in terms of cuts, then later they had to amputate her big toe and she has had to have skin grafts and other procedures. One of the issues was that, on top of the wall there was also barbed wire, so that hit her as it came down as well.'

Before the incident, GPL had received a large delivery of aggregate that had been deposited on land next to the construction site. However, officials from the local council attended the site and ordered the materials to be removed. GPL brought the materials back onto its site, and stored them behind the wall that eventually collapsed.

'This change of plan played a role in the wall’s collapse,' Chris went on. 'However, the collapse could have happened at another time for another reason because the wall was more than 100 years old, and while it was a boundary wall, it was never intended to be used as part of a building site.'

'When our specialist had a look at the wall after its collapse, he saw that the mortar had become friable: if you were to rub it between your fingers, it would crumble easily under moderate pressure. This mortar was more than a century old and it simply wasn’t operating in the same way that it would have done previously.'

An investigation by HSE found that GPL had not assessed the structural integrity of the wall to ensure it was safe to be used as either a secure boundary for the site, or as a retaining wall for storing materials.

'GPL should have had the wall checked by a competent person, such as a structural engineer, to see if it was suitable for the purposes GPL wanted. The law requires construction firms to do that for any site boundary. If you’ve got a building site and you use fencing or a wooden hoarding as a boundary, you have to make sure it is structurally sound. That’s exactly the same if you are going to rely on an existing wall – you need to have it checked,' Chris added.

'In this case, GPL compounded the initial failure to have the wall checked as suitable to be used as a hoarding by then putting loads of material pushing behind the wall, giving it a further reason to fall down. To add to that, the company even put one of its mini-diggers on top of the pile of this material overnight, adding even more force behind that wall.'

As a client and a contractor within the meaning of the Construction (Design and Management) Regulations 2015, GPL failed in its duty to ensure that the wall was either safe for use as a secure site boundary or as a retaining wall for storing materials. Gurmit Properties Limited pleaded guilty at Leeds Magistrates’ Court to breaching section 3(1) of the Health and Safety at Work Act. It was fined £22,500 and ordered to pay £11,998 in costs.

For the wider construction industry, Chris said the lesson to take from this case is quite clear.

'Appointing a competent person to carry out a check is the key factor and the main message that we really want to get across. One of the issues we face a lot of the time in construction is people doing something without proper advice or preparation, or consideration for safety. If GPL had got somebody competent in health and safety involved, who could have advised the company, then this probably wouldn’t have happened,' he said.

'GPL should have appointed a competent person to carry out an assessment of the wall at the start of the project to establish whether it was safe to use as a boundary wall, and then carried out a similar subsequent assessment when the wall was used as a retaining wall for storing materials.

'But the issue time and time again in our investigations is that companies don’t seek that competent advice and feel they can just get on with the job without looking at the requirements and standards. In this case, this incident could have been avoided by simply carrying out correct control measures and adopting safe working practices,' added Chris.