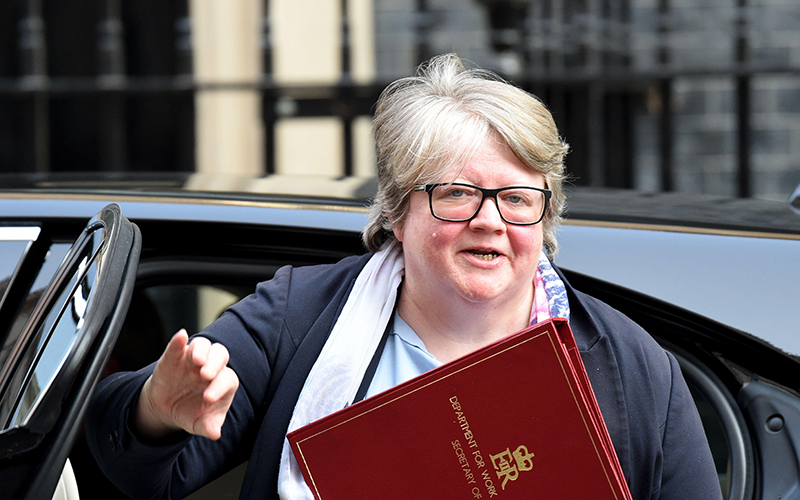 The United Kingdom has demonstrated its commitment to strengthen efforts to end violence and harassment in the workplace by ratifying the International Labour Organization’s (ILO) Violence and Harassment Convention.

Convention No. 190 (or C190 for short) is the first international labour standard to advocate for the prevention and elimination of violence and harassment in the workplace and, together with Recommendation No. 206, ‘provides a common framework for action’.

The UK became the eleventh country globally, and the third in Europe, to ratify the landmark convention when the Secretary of State at the Department for Work and Pensions Dr Thérèse Coffey (pictured above) deposited the official instrument at an ILO ceremony in Geneva on 7 March. The convention is due to come into force in the UK on 7 March 2023.

According to the Westminster government, the UK already has a ‘robust legal framework’ in place which consists of both civil and criminal laws as well as health and safety legislation.

The idea is that these measures will not only strengthen protections for those individuals who are affected but will also ‘motivate employers to make improvements to workplace practices and culture’.

As part of this work, the government says it is supporting the Equality and Human Rights Commission to create a statutory code of practice on sexual harassment and harassment in the workplace. In addition, it says it is also producing guidance for employers on how they can take effective action to protect those at risk.

‘We already have some of the strongest laws in the world to protect employees and ratifying this convention takes us one step further to eradicating violence and harassment in the workplace,’ says Coffey.

‘I hope that by the UK and others taking this step, our international friends will join us in ratifying this convention and demonstrate their commitment to upholding these values.’

In November, IOSH magazine highlighted how the COVID-19 pandemic has been linked to a growing incidence in violence towards workers in some employment sectors.

For example, abuse directed towards retail workers doubled in the UK at the height of the first wave of the pandemic in 2020. The Union of Shop, Distributive and Allied Workers (Usdaw) undertook a survey of 2,700 workers in 2021 and found that almost 90% had been victims of verbal abuse. The results also revealed that 60% of those surveyed had been threatened with physical violence and 9% had actually been assaulted.

According to the ILO, the Violence and Harassment Convention is significant because it provides for the first internationally agreed definition of violence and harassment in the workplace, including gender-based violence. Adopted at the ILO’s International Labour Conference in June 2019, it came into force on 25 June 2021.

As the ILO notes, gender-based violence is understood as ‘a range of unacceptable behaviours and practices’ that ‘aim at, result in, or are likely to result in physical, psychological, sexual or economic harm’.

According to the World Health Organization, the convention’s definition protects everyone in the workplace, including interns or apprentices, as well as people who exercise the duties or authority of an employer.

It also covers the public and private sectors, the formal and informal economies and urban and rural areas.

‘In times of crisis and economic insecurity, the risk of violence and harassment escalates, as it has been evidenced recently all over the world in the context of the devastating and unprecedented pandemic'

Countries that ratify the convention are required to adopt, in consultation with representative employers’ and workers’ organisations, ‘an inclusive, integrated and gender-responsive approach to preventing and eliminating violence and harassment, through prevention, protection and enforcement measures and remedies, as well as guidance, training and awareness-raising’.

Receiving the UK’s ratification at the ceremony, the ILO’s Director-General Guy Ryder said: ‘In times of crisis and economic insecurity, the risk of violence and harassment escalates, as it has been evidenced recently all over the world in the context of the devastating and unprecedented pandemic.

‘Everyone agrees that violence and harassment in the world of work is unacceptable at any time, and I strongly believe that Convention No. 190 has a crucial role to play in this regard, whether in times of crisis or prosperity.’

Ryder added that the UK’s ratification would help to achieve decent work for everyone as well as contribute to ‘the effort towards a human-centred response and recovery from this pandemic that is inclusive, sustainable and resilient, and tackles inequalities and discrimination’ globally.

The ILO is promoting a global campaign to build international support for the convention and to encourage all national governments and legislative assemblies to ratify and implement it.

The UK joins a number of countries in ratifying the official instrument, including Argentina, Ecuador, Fiji, Namibia, Somalia and Uruguay.

Read our feature, 'How to tackle violence in the workplace', and watch our video for top tips on how to keep employees safe.