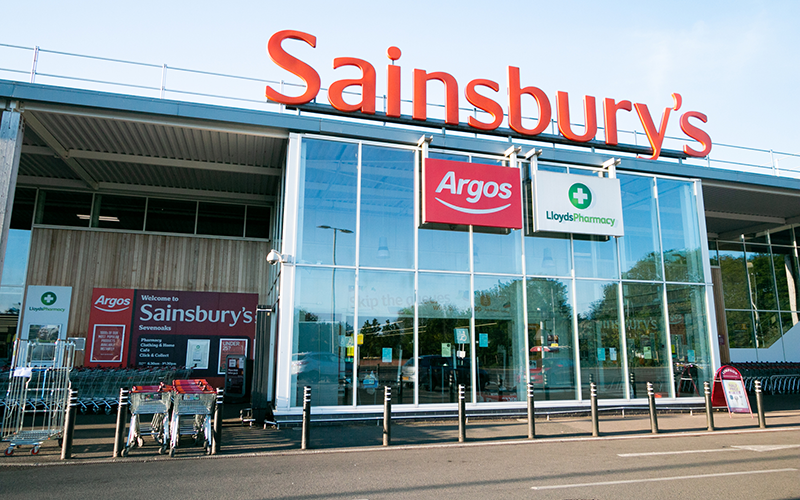 Supermarket giant Sainsbury’s has been fined £1 million after measures taken during the Covid pandemic to help organise orderly queuing at the company’s Newbury store left a customer facing life-changing injuries.

In June 2020, Sainsbury’s customer Patricia Crampton needed emergency surgery after driving her mobility scooter into baler twine that had been tied between two pillars in the Berkshire’s store car park.

’This incident happened during a period when Sainsbury’s and supermarkets in general were trying to respond to the pandemic,’ Abi said.

’At the time, restrictions had started to ease in terms of the shielding of vulnerable people and Sainsbury’s in Newbury had provided a queuing system outside their front door to shepherd people into the shop and control numbers going in at any one time. It was very much like a theme park, snaking type of queuing system, typically like you might find at an airport, rather than one long line.

’Newbury Sainsbury’s has a slightly odd car parking situation with both ground floor parking and another floor built on top of it as a mezzanine level. This queuing system was situated underneath the mezzanine, so there were lots of structural supports nearby,’ she explained.

’Originally, the store had constructed its queuing system with some bits of temporary metal and heavyweight plastic fencing interspersed with red and white barrier tape. However, this barrier tape is relatively fragile and this snaking queue system was quite long, meaning people would try to go underneath the tape to avoid going the long way round, damaging the tape in the process. Also, this particular area is quite windy because the design of the car park seems to channel the wind through.

’The red and white plastic tape was always breaking and it was decided that it should be replaced with black and white baler twine, which was easily available because Sainsbury’s uses it to tie up its excess packaging cardboard. However, in one particular part of this queuing system, the twine was strung between two of the supporting columns for the upper car parking deck. This meant that virtually unbreakable plastic twine was strung between two immovable objects.’

On 21 June 2020, Patricia was visiting the store on her mobility scooter.

’This is Patricia’s local supermarket,’ notes Abi. ‘It was a Sunday morning, she hadn’t been out for a long time and I don’t think she was particularly familiar with the queuing system – she just saw the queue of people and she wanted to get to the end of it. She didn’t see the black and white baler twine strung between the two posts and she drove straight into it,” Abi said.

Patricia suffered serious facial injuries, including fractures, which required titanium plates to be inserted in her jaw, as well as damage to her teeth. Sainsbury’s staff immediately administered first aid and an ambulance was called, which took Patricia to John Radcliffe Hospital in Oxford for emergency surgery. During court proceedings it was reported that, at one point, Patricia suffered heart failure during surgery.

In terms of understanding what had happened, Abi began her investigations as soon as the incident was reported under RIDDOR.

‘I spoke to Patricia’s family initially because I wasn’t sure what the extent of her injuries were. Then I went to have a look at the scene myself,’ Abi said.

’Sainsbury’s had replaced all the black and white baler twine with the red and white plastic tape immediately after the accident, but I wanted to make sure that the area where the incident happened wouldn’t cause another accident. I was satisfied of that because there was red and white and tape everywhere rather than baler twine.

’Then I took statements from Patricia and from her family, who happened to be local and were called right after the accident and had attended soon after it had happened. I also took statements from supermarket staff. Sainsbury’s was contacted with regard to its policies and procedures, and particularly its risk assessments.’

It became quite clear what the major failing had been.

’Sainsbury’s just hadn’t risk assessed it all. In my opinion, staff hadn’t considered how they were constructing or installing this queuing system. They hadn’t thought about all of the people who might be affected by it, for example, the visually impaired, people who are disabled, or children,’ Abi said.

‘I think the focus at the time was very much on Covid. The emphasis was so much on that, and everyone thought that was the major health and safety risk, that other risks ended up being neglected.’

At Reading Magistrates' Court last month, Sainsbury's – whose sales generated a revenue of around £32.3 billion last year – pleaded guilty to one health and safety offence. As well as the £1 million fine, it was ordered to pay costs of just over £18,260.

Sainsbury’s, who had no previous health and safety convictions, was fully cooperative throughout the investigation and admitted fault. The company has also, so far, paid Patricia – who still requires treatment more than 18 months later – more than £31,000 towards her continuing medical and care bills.

On 2 March 2022, at Reading Magistrates’ Court, Sainsbury’s pleaded guilty to exposing customers to danger and failing to make a suitable risk assessment contrary to the Health and Safety at Work Act. It was fined £1 million and ordered to pay costs of £18,263.

After hearing the case, district judge Samuel Goozee said: ‘A sufficient risk assessment would have identified the risks from the baler twine extended between metal posts. Ironically the manager's decision to use the twine was a response to other health and safety issues that would have arisen from vandalism and weather damage.

’Nevertheless it was a decision that was inadequate. It would be a step too far to say there was a real and significant risk of death – that's conjecture. But it did expose a great number of members of the public to risk.’

’I think the message to take from this is to not to take your eye off the ball. Consider all areas of potential hazard and risk assess,’ Abi said.

’If Sainsbury’s had carried out an adequate risk assessment, I am sure staff would have considered the potential outcomes. Of course, the circumstances of the pandemic played a role in this, but I think the lesson to take is that it is easy to be distracted and think you’re doing the right thing in one area, but actually find yourself creating another issue somewhere else.’

During the pandemic, IOSH magazine interviewed Sainsbury's former head of group safety to find out how the organisation was overcoming challenges and adapting to the new normal. Read the interview here.