Bringing the house down: celebrating a life in demolition 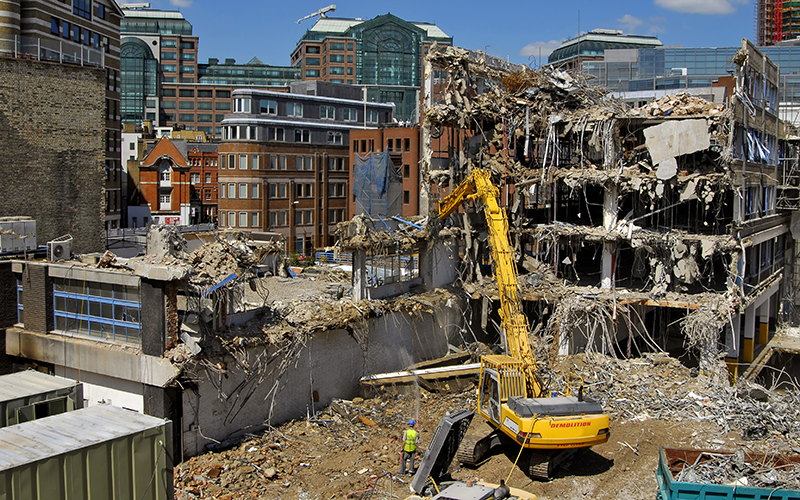 Wayne Bagnall, a leading authority in the field of demolition and asbestos safety, discusses the value of lifelong learning, meeting the Queen, and the importance of trust and optimism. 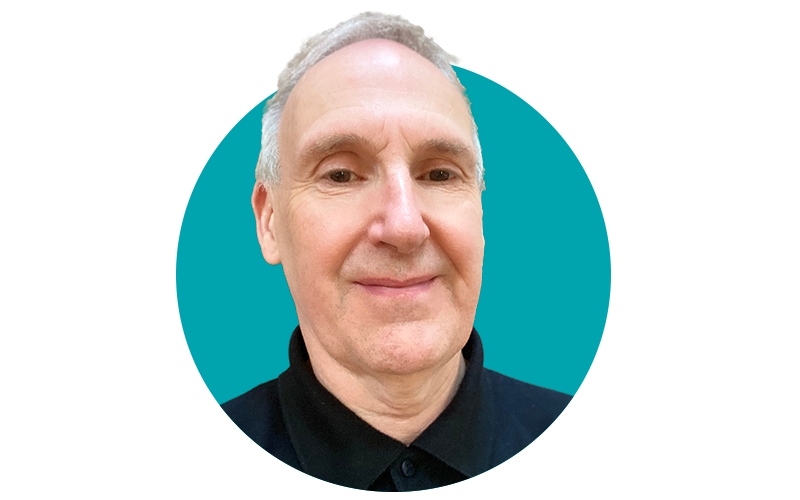 In a distinguished career spanning more than 40 years, Wayne Bagnall MBE has authored demolition guidance for the CITB, the HSE, the CIP and the NFDC. He co-wrote the British Standard on demolition, BS 6187. In 1997 he was awarded an MBE for Services to the Building Industry in the Queen’s Birthday Honours.

A Chartered Member of IOSH, he was among the first four people in the UK to achieve an MSc in Construction (Health and Safety) Management (John Moores University Liverpool, 2000).

In March he received an Honorary Fellowship (Hon-FIDE) of The Institute of Demolition Engineers (IDE) for his extraordinary contribution to the work of the institute.

You began your career in the family demolition and asbestos removal business. What attracted you to the business and to the industry more widely?

From when I was a teenager, I was always driving something with an engine in the family business. When I left school, I wanted to do something a bit different. I studied chemistry and biochemistry and afterwards worked as an industrial chemist, before being promoted to plant manager at an industrial waste treatment centre manager in Cadishead, Salford.

In 1983, my dad and my younger brother, John, asked me to join the family demolition and asbestos management business. I worked very hard to improve the business and I loved the challenge: we were the first demolition business to achieve Investors in People, and we were certified to the then quality assurance standard.

Why did you decide to set up an independent consultancy?

In 1999 my dad retired and the structure of the business changed, so I decided to leave the company and set up on my own as an independent consulting engineer.

Starting my own consultancy has allowed me to give absolutely impartial advice. I’ve never been affiliated to any other company; I’ve been invited to take up directorships over the years but I’ve always declined. Being independent has allowed me to maintain impartiality so that I can give unencumbered advice and carry out expert witness work.

You have prioritised ongoing learning in safety and management, achieving numerous professional qualifications and memberships (MCMI, MIDE, CMIOSH). Why has education and continuing professional development been so important to you, and how has it helped your career?

I’ve been at the sharp end for years – going out on site and seeing the conditions and issues – and I’m passionate about improving things.

In the eighties I contacted the CITB to point out that they had no module on demolition. They agreed and contracted me to I write one for the then GE700, so I did! I made sure it was practical with health, safety and welfare at the forefront, highlighting the need for planning, good conditions and decent facilities. Things have got much better: we used to have drop toilets; today we have hot and cold running water, and showers.

I’m passionate about CPD and I feel strongly about lifelong learning. As a professional, I feel it’s important I don’t lose touch with reality so I keep up with the practical side and get out on site frequently.

Recently I was involved in a project in the aftermath of two fatalities. I undertook Mental Health First Aid Training, as did others involved on the site. It definitely helped site personnel cope when dealing with the tragedy, and it helped me cope following the sad loss of my wife, Christine, who died in September 2018.

As a consultant and expert witness you must have seen many examples of poor practice. Do any incidents stand out?

One of my first jobs as an independent demolition engineer was an old Victorian mill that had collapsed. The mill, which was Grade II listed, had received a dangerous building notice, but unfortunately the contractor engaged to do the work had an incident: there was a 5000 tonne uncontrolled collapse which resulted in a substantial proportion landing in the canal and burying the towpath. The collapse breached the canal wall and the canal itself had to be drained. I was engaged by a solicitor for one of the affected parties but, after asking to see the CDM arrangements, a site meeting resolved the issues, with the rubble being cleared from the canal. It never went to court.

The collapse was caused by too much of the structure being removed, reducing the load paths which then failed and caused the uncontrolled disproportionate collapse.

Unusually, we actually had photos of the incident happening. Coincidentally British Waterways were undertaking a quinquennial inspection of a bridge a few metres along the canal. They heard a rumble as the building started to collapse and managed to take pictures!

You became a Chartered Member of IOSH in 2000. How has IOSH membership supported your professional development? What have been the main benefits of membership?

IOSH has been a great source of support – not least through the local and industry groups.

The first paper I ever presented to a large audience was at the IOSH national conference in Harrogate n circa 1991. It was about a demolition project we had undertaken in Chester, where there had been lots of public interface and archaeological issues. There were a few thousand people in the audience and I was really nervous, but my presentation was well received and I had lots of people coming up afterwards to talk to me. It was such a great experience I floated back home!

I continue to provide advice and training, and help some charities pro bono now; I want to ‘give back’ and share my knowledge where I can, for example helping my local council and church. It would be nice to apply for IOSH Fellowship in the near future.

Can you choose a career highlight?

Receiving an MBE in 1997 is definitely one of my highlights. When I received the letter from 10 Downing Street, I really couldn’t believe it. I felt very humbled but elated too, because there are lots of people like me who above all just want to do a good job.

My wife and my two boys were with me when I met the Queen; it was a very proud moment.

What do you still hope to achieve professionally?

I’m looking to begin some industry research into how well asbestos removal is being planned and managed in the demolition industry. Asbestos is a dreadful material in terms of its impact on human health: although the UK banned it use in 1999, we still have more than 5,000 people dying each year in the UK from legacy exposure. But with competent asbestos (refurbishment and demolition) surveys identifying asbestos containing materials, it can be removed safely and effectively before demolition or refurbishments. I want to understand how the UK compares to the rest of the World.

I have letters of support from three organisations, so hopefully the research is something that can happen. Who knows, it could even turn into a PhD!

What would your advice be to new entrants to the industry?

It’s important to do something you enjoy, as you’ll be doing it for a long time.

I think schools need to bring in industry specialists to talk to young people to help them make career choices. Life skills start in the family home and at school, so let’s help children become the best they can be.

Academic qualifications are important but you also need people skills and an understanding of the practical elements in your chosen field, too: you need more than just a degree to succeed.

Finally, despite what’s happening in the world, trust people – because most people are trustworthy. Be an optimist, fulfil your life and enjoy the journey, as there is beauty everywhere; you just need to look for it.

Next : "Obvious risk ignored’ which led to scaffolder’s death after demolition led to church collapse