Ignoring your brain can endanger your safety 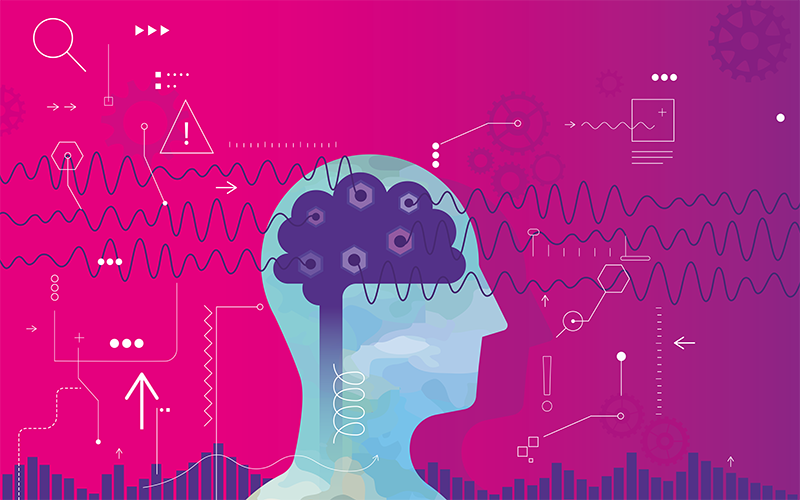 Consultant and author Theo Compernolle explains how you can endanger your safety by ignoring the ‘directions for use’ of your brain.

At the Leadership and Safety Culture programme run by CEDEP business school in Fontainebleau, France, where we regularly welcome senior leaders from dozens of companies from all over the world, I experience how little managers know about their brain. In open, transparent discussions, almost all admit, at some point, that they have used their phone whilst driving and all believed hands-free driving was safer.

Why is this significant? Because we have all become ‘brain workers’ – our main tool to be creative and productive is our brain. Purely manual work has become a rarity in our society. When I ask group participants to tell me what they know about their brain that is practically useful, 99% say nothing.

By not knowing the strengths and weaknesses of your brain, you do not realise the extent to which always being connected through technology and multitasking reduces intellectual performance and increases the risk of making potentially dangerous mistakes.

As a result, in daily work and life, any potential synergy between the brain and information and communication technologies (ICT) that could improve productivity, safety, creativity, wellbeing and prosperity is lost.

'Your thinking brain is constantly competing with your archiving brain'

The way people use ICT severely decreases their intellectual productivity and creativity, and undermines safety. And while the ICT revolution is still in its infancy, the potential is phenomenal. Every day, unimaginable new applications are invented.

However, the ICT revolution is happening so quickly we have not yet learnt how to make the best use of it in everyday life and work. Much worse, most people – especially professionals – are unaware of how their brain functions, and use their personal ICT in a way that is totally counterproductive to improving intellectual achievements, creativity, wellbeing and safety. As a result, for most people the benefits of innovation and productivity are offset by the counterproductivity caused by continuous broken attention. Companies hire the best and brightest and then they, or their employees, organise work in ways that undermine intellectual productivity and safety.

This is my conclusion after a six-year study of more than 600 scientific articles, a survey of 1200 professionals and through leading dozens of workshops. The five ‘brain chains’ are:

Three brain networks play a role in making safe decisions. The first is the thinking brain, which is unique to humans. No other animal can think in such an abstract way about things that are not present. We humans can think back to the past and make plans for the future. We can think in terms of ‘what if?’, postpone decisions or give them more thought, and set goals.

The second brain – the reflex brain – is, in evolutionary terms, almost as old as animal existence. Very primitive animals with a few hundred brain cells already have reflexes. The reflex brain is involved in fast multitasking and processing sensory information.

The third brain is the archiving brain, which stores information. This is more than just memory – it is an active network spanning your whole brain. It works day and night in close cooperation with your thinking brain to process, archive and retrieve information.

Thus, filling in ‘lost’ time with work or using a smartphone, tablet or computer is hugely counterproductive, detrimental to the development of knowledge and understanding, and a killer for your creativity.

Moreover, your thinking brain uses a lot of energy, while the reflex brain barely does. If you do not pause regularly as the day progresses, your tireless, primitive reflex brain will defeat your fatigable, sophisticated thinking brain. This results in less well-thought-out, creative, wise, ethical and safe decisions. Instead of following the rational safety instructions our thinking brain learned, tired or stressed employees will fall back on the primitive heuristics and cognitive biases of their reflex brain.

Instead of following the fire safety regulations on safety posters, they will follow their instincts – unless you really drill in safety behaviour until it becomes a new reflex behaviour or habit. One fire drill a year is not enough. 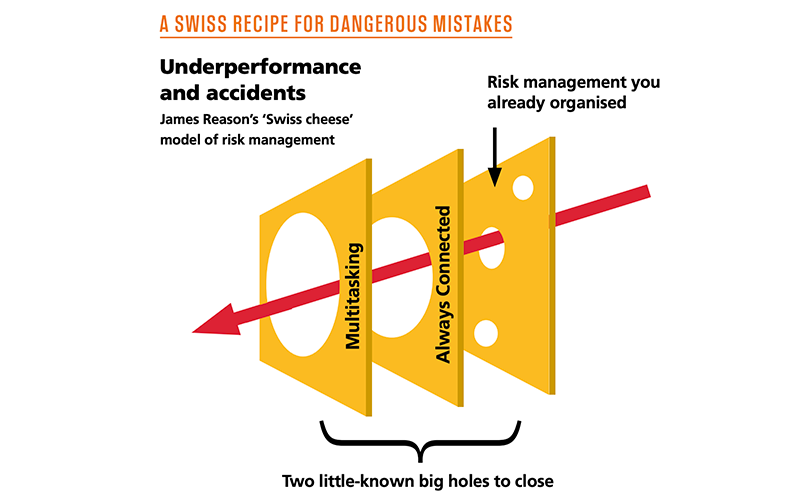 It’s extraordinary what the thinking brain can do – there is no limit to what it can imagine – but you can only focus on one thing at a time. Partial attention does not exist – while you are checking emails, you miss chunks of a video conference, or while you are listening to your phone, you are recurrently blind.

Multitasking is an illusion. The only thing you can do is constantly switch between different tasks – and switching is the problem. This juggling of information costs you dearly in time, accuracy, memory, creativity, productivity, safety, efficiency and stress. It’s in making the switches that you make mistakes and risk an accident.

'Even multitasking two simple tasks means, on average, one-third of people will make mistakes. at every switch, the risk of making a mistake increases'

Even for two simple tasks, multitasking often takes double the time, causes errors and creates more stress (see the two-minute test). You don’t need to be a genius to understand how much time can disappear into the black hole of multitasking when you switch between a dozen tasks and chores – especially if some of your work is not routine, but hard and complex. Every interruption, email, tweet, phone call or signal from your walkie-talkie makes you switch your attention between tasks. Every pop-up screen announcing an email causes a drop in concentration of two minutes – even if you ignore it.

Even multitasking two simple tasks means, on average, one-third of people will make mistakes (see The multitasking challenge). At every switch, the risk of making a mistake increases. If you work in an office and, say, forget a few zeros on a spreadsheet, that’s a relatively minor error. However, if you are a multitasking machine operator forklift driver, you increase the risks for yourself and others by many times.

In short, the thinking brain cannot multitask, and attempting to do so results in getting lost in inefficient – and sometimes dangerous – processes. You lose a lot of time and energy, you work less thoroughly and make more mistakes. So, to get the best out of your thinking brain and be safe – not only in the office, but also on the shop floor and while driving – don’t multitask, and disconnect if this is necessary to radically reduce task switching!

One reason why we think we can multitask is because it can be done – but only if the thinking brain and the reflex brain collaborate. The unconscious reflex brain can very rapidly process sensory information, but exists 100% in the here and now. As soon as contact with our senses is lost, the world does not exist for it. With lots of training, it can learn to master complex routines. For example, the ability to drive a car is passed from the thinking brain (which can only consciously focus on one thing at a time) to the reflex brain (which can unconsciously process many inputs at the same time).

The reflex brain can only react here and now to what it has learned. When something unexpected happens that your reflex brain did not learn, your thinking brain will come to its aid.

However it can’t, or can’t do it fast enough, if it’s distracted by a phone call. Let’s take the example of driving a car while being on the phone, but you can apply this example to many tasks on the shop floor.

In the dozens of workshops I have given to safety and plant managers about this subject, 90% said they use their phone while driving – and some even send or read texts. When you drive while making a phone call, the accident risk increases by up to 800% – and doing it hands-free or via voice command makes no difference (Lipovac et al, 2017; Wilson et al, 2010; Ishigami and Klein, 2009; McEvoy et al, 2005; Strayer et al, 2003). It’s our brain that’s the bottleneck.

For example, you are driving and a ball rolls over the road from behind a parked lorry. For your reflex brain, that’s no problem – by the time you are there, the ball will be gone and is not a risk. However, your thinking brain is on stand-by to warn you about things that are not yet visible – for example, the possibility that, behind the lorry, a child might be running after the ball. If you are having a phone conversation while driving, your thinking brain – which can only focus on one thing at a time – will not have warned you in time.

If texting while driving, the risk increases by 23 times (VTTI, 2009). Texting is much worse because not only does it engross your thinking brain more, but it also takes your eyes off the road repeatedly for an average of five seconds. Five seconds at about 40mph (70km/h) means you haven’t looked at the road for about 100 yards (110 metres). That’s the same as driving with your eyes closed for the length of an entire football field!

Of course, this is not only an issue for drivers – it’s important for cyclists too. Moreover, with the increased and continuous use of smartphones, pedestrians are putting themselves more at risk of both accidents in general and fatal accidents, which is the reason why researchers call them ‘digital deadwalkers’.

Finally, this lack of knowledge about the brain’s directions for use also causes unnecessary accidents at work. For example, many forklift drivers must interact with screens on their truck telling them where to go, what to fetch and to input what they’ve done. The risk of an accident is probably greater than 23 times because forklifts have a notoriously limited visual field. Hence, with a little more knowledge about the brain, plant and safety managers could eliminate many potentially dangerous situations they’ve never thought about before, just by eliminating multitasking.

Try it yourself: The multitasking challenge

Take a piece of paper, a pen and a stopwatch. Write the word ‘multitasking’ in capital letters.
Then give each letter a ‘serial number’, with M=1, U=2 and so on.

First round: Start the stopwatch and as quickly as possible write ‘multitasking’, then immediately write each letter’s serial number underneath and stop the stopwatch when finished. The result will look as follows:

Note your score and put the first exercise out of sight.

Round two: Do the same, but this time write a letter and then immediately write its number underneath (writing ‘M 1’, then ‘U 2’ and so on):

Results: For many, it takes almost twice as long to do this task the second time round. One-third of people make a mistake, and everybody feels more stressed because it takes more effort. Even if you are very good at it and it only takes 50% more time, this still represents 50% lost in the black hole of multitasking.

Today, multitasking is a necessary condition to be optimally intellectually productive, efficient, creative, safe and healthy. In terms of safety, not using a phone while driving is just one example. However, as a manager you are also responsible for eliminating multitasking on the shop floor. Since our thinking brain can only focus on one thing at a time, for work that requires sustained attention and concentration, all task-switching and distractions should be eliminated – especially those coming from walkie-talkies, phones and screens.

Dr Theo Compernolle is an author and consultant, coach, trainer and keynote/motivational speaker. Previously, he was a professor and visiting professor at universities and business schools across Europe. His books include BrainChains and How to unchain your brain. See www.compernolle.com 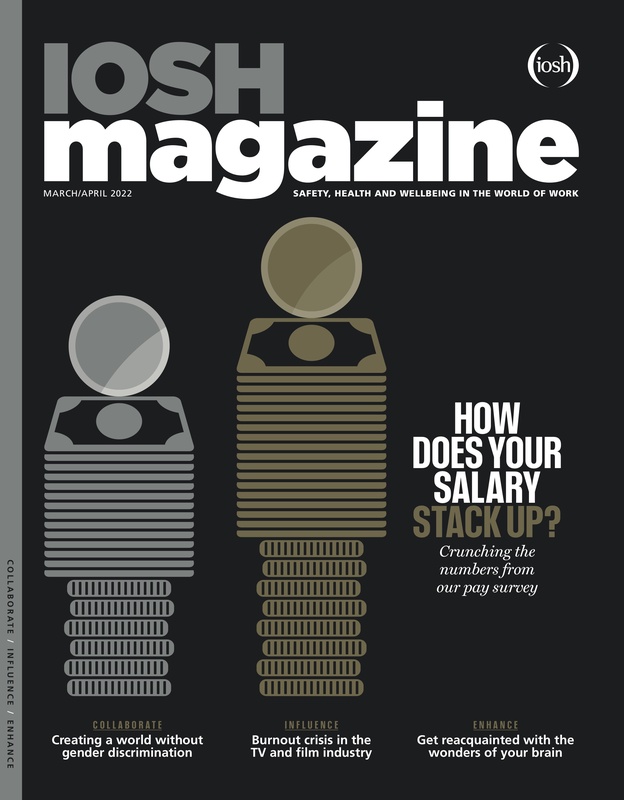