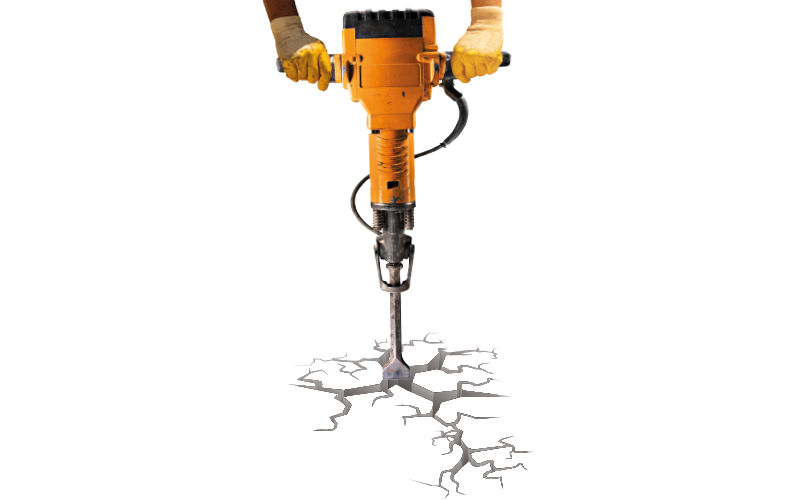 In the workplace there’s no such thing as ‘good vibrations’. They are known to be a risk factor that contributes to musculoskeletal disorders. So what should safety professionals be doing to ensure their staff stay safe?

Every day, former construction worker John McNamee is in pain. The middle finger on his left hand is blanched white from the knuckle up. It has no touch sensation, but just aches – and it gets worse when the weather turns cold. It’s the result, he claims, of years spent working with jackhammers in the 1990s – a time when he says there were no policies on vibration type or exposure length, but ‘even if there had been, the culture was such that they’d be ignored’.

But while John’s injury may be historical, vibration-induced musculoskeletal injuries – such as hand-arm vibration syndrome (HAVS) or carpal tunnel syndrome (CTS) – are still being inflicted. There were 205 new cases of HAVS and 135 cases of CTS in 2019, with HAVS cases higher than they were in 2018, according to the GB Health and Safety Executive (HSE) (2021a; 2019).

The consequences for non-compliance with regulations can be severe. At the end of October, Frontier Plastics became the latest firm to be fined by the HSE, incurring costs of £246,000 for allowing employees to use a variety of high-vibration grinders, drills and linishers for long periods without suitable controls to reduce the risks (HSE, 2021b).

Given that both HAVS and CTS can sometimes only surface after long periods of time, Carolina Gonçalves, superintendent pharmacist at Pharmica, says up to two million people are at risk every day from developing the condition. ‘Disorders such as vibration white finger, which affects the blood flow to the fingers, and HAVS are often irreversible,’ she says.

Theoretically, these conditions should not exist. Employers must abide by the Control of Vibration at Work Regulations (2005), which are based on the European Physical Agents (Vibration) Directive (2002/44/EC). In Europe, 14% to 34% of workers are exposed to vibration, with exposure concentrated in the construction industry (63%), manufacturing and mining (44%) and agriculture and fishing (38%) (EU-OSHA, 2008).

The directive establishes exposure action values of 2.5m/s², the level at which employers must introduce measures to limit exposure, and a top limit of 5.0m/s² that should not be exceeded. But Gavin Scarr Hall, health and safety director of consultancy Peninsula, says that while most big organisations largely comply with and are aware of these rules, it’s among small- and medium-sized enterprises – which comprise 99.9% of UK businesses – and in the public sector where companies have remained behind the curve. He adds: ‘Construction, refurbishments, agriculture and gardening are all sectors that show up as having significant risk.’ 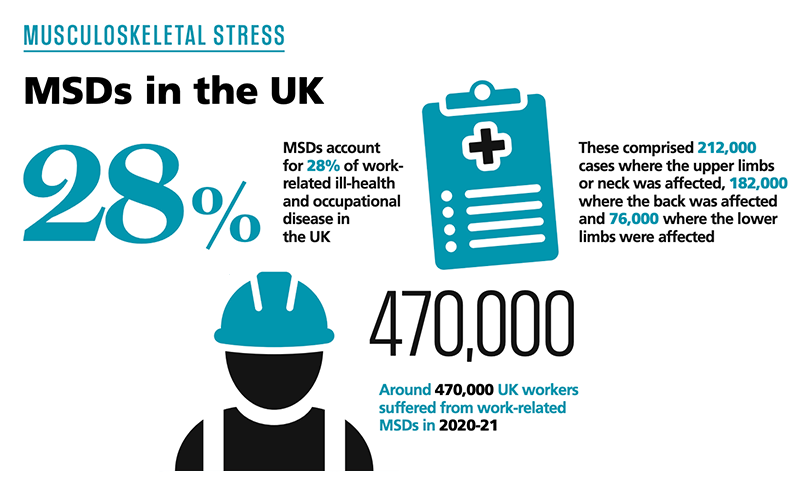 Despite these rules, even if companies’ equipment and working practices meet vibration standards, symptoms may take a long time to appear, making culpability hard to establish.

‘Unhelpfully, the exposure-response relationship is tentative when it comes to symptoms such as finger blanching,’ observes Sue Hewitt, senior consultant at health, safety and engineering risk consultancy Finch Consulting. ‘Also, people can get symptoms of numbness and tingling or finger blanching that appear to be the same as HAVS but are not caused by it.’

According to Rhian Greaves, a legal director for regulatory safety, health and the environment at law firm DAC Beachcroft, enforcing in respect of vibration injuries is a challenge for the HSE, as conditions typically build up over time – there is no sudden ‘accident’ as such, with no eyewitnesses or ‘scene of the crime’.

‘This complicates investigations,’ she says. ‘Say someone has been working for 20 years, but has only been with their current employer for the past three years when vibration-related symptoms start emerging. Which business should the HSE be enforcing against?’

What is not up for debate are the impacts of vibration-related injuries. ‘The effects can be permanently disabling, even after a few years of uncontrolled exposure,’ says Sukhjendar Padda, owner and senior practitioner at physical injury treatment company Bodisync. He adds: ‘Numerous worldwide studies have observed that the number of affected people increases as the intensity and duration of vibration exposure increases, so limiting this must be the first form of defence.’

Ruth Wilkinson, IOSH head of health and safety, says: ‘Organisations can often struggle to identify health-related effects from their work activities because the effects are not immediate.’ However, she argues organisations must thoroughly assess the jobs staff do and the machines they are required to use. As Rhian explains: ‘Even though most HSE investigations don’t tend to happen until there is a RIDDOR report, it’s the responsibility of an employer to assess whether there is a risk or not in the first place. So the message for firms is that prevention, rather than waiting for a diagnosis, is the best policy.’

The number of affected people increases with vibration intensity and duration

Employers can focus on prevention in numerous ways. ‘It’s useful for employers to audit their machinery,’ says Gavin. ‘New machinery will state vibration levels, and recommended exposure and frequency limits, but lots of old high-vibration equipment should really be disposed of.’

What isn’t often appreciated, he argues, is that the propensity for vibration-induced musculoskeletal disorders (MSDs) can rise if workers are working outside rather than inside, as colder weather already has a circulation-reducing effect that vibrating tools will only worsen. There are also calls to look more broadly at what might cause low-level vibration over longer periods of time – such as driving certain vehicles. ‘Off-road vehicles, such as those found in mining and quarrying, are noted for causing all-body vibration. But even professional driving on roadways in vehicles such as trucks, heavy goods vehicles and taxis can result in whole-body vibration exposure,’ says Ruth.

It is important to talk to employees directly. ‘They will often have a good idea of what’s causing them discomfort,’ says Sue. ‘Some people may have fewer finger-blanching symptoms, but this might be because they’ve actually changed their lifestyle because of their injuries, rather than because their health has improved.’

Risk assessment analyses could conclude that automation is the solution that will have the most impact. But Dominic Melling, OSH lead organiser at the Victorian Trades Hall Council in Australia, says this is an option many firms often won’t take. ‘In my experience, automation tends to be done for operational efficiencies and profit,’ he says. ‘I’ve certainly never heard of a company deciding to automate based on wanting to reduce vibration exposure to certain employees. Many would also see this as prohibitively expensive.’

In Nigeria, a cross-sectional study among 226 quarry workers found 89.9% had MSDs – the most common of which was lower back pain (83.1%) and elbow pain (45.9%). Although the average length of service of employees was only 4.9 years, nearly all (96.6%) worked for seven to nine hours per day and the majority of workers (95.5%) continued to work even after their injuries were sustained (Njaka et al, 2021).

In a study into the vibration exposure suffered by dentists, researchers in India, Singapore and the UK looked at the frequency resonances of micro-motor (MM) and air-turbine (AT) handheld devices. They found vibrations during idling for MMs are more than those for ATs, and that older handheld devices were more hazardous than newer ones. It concluded that such devices must be replaced periodically, and that dentists should have sufficient breaks between operations (Banga et al, 2021).

The result, Dominic says, is that too many firms instead make a decision based on what they calculate is the right amount of exposure rather than implement higher-order controls. He argues this is dangerous and can lead firms to approach prevention in the wrong way. ‘It is incumbent on employers to identify how people are getting injured, to actually redesign the work staff are doing where possible,’ Dominic says. ‘To me, looking at whether employees should use equipment for less time doesn’t change the nature of the work itself and is susceptible to being disregarded on the shop floor as job pressures and deadlines loom. Too few employers are actually changing the work and the equipment itself.’

It’s a view that has sympathisers. John now runs his own health and safety and wellbeing consultancy, and is critical of projects that still use people for what he calls ‘drilling holes in the ground’. Worse than this, he adds, is when work is done that puts people at vibration risk but doesn’t even have any structural value – such as elements purely for aesthetic purposes. ‘This is happening right now on projects I know,’ he says. ‘These embellishments should be designed out at the planning stage.’

However, Sue says some jobs simply require the use of vibration-creating tools, and so the only option employers have is to try and limit employees’ time using them. ‘After applying the hierarchy of controls, there may still be some jobs that require the use of vibrating tools, and employers may ultimately have to control exposure by limiting exposure time,’ she says.

Companies that take vibration seriously tend to opt for monitoring and risk assessment. Electrolux Zanussi’s electrical appliance factory in Forli, Italy, undertook a project to eliminate risks arising from hand-arm vibration from pneumatic screwdrivers. The company made a full inventory of all screwdrivers used, complete with laboratory vibration tests and surveys on the production line, and found a total of 1167 screwdrivers in use, of 97 different types. Vibration levels were found to be affected by the type of internal motor and clutch used when tightening torques are reached.

Based on its analysis, Electrolux substituted all screwdrivers with acceleration exposure values above
2.5m/s2, and substituted older tools for new ones with automatic shut-off clutches. Introducing new screwdrivers reduced the number of operators affected by upper limb disorders by 55% in a year.

Italy has shown particular interest in preventing vibration injuries. Recently, the European Agency for Safety and Health at Work (EU-OSHA) published the results of a five-year study into MSDs in the Italian construction sector. It found the percentage of workers suffering from MSDs increased in step with the time involving biomechanical overload. It also found that MSDs and connective tissue disorders accounted for more than 75% of all cases of occupational diseases in 2018, with 10% due to cases of CTS linked to repeated movements of the hands and wrists, as well as vibration from the use of portable tools (EU-OSHA, 2020). It also recommended control and reduction of exposure, finding that because there is ‘no evidence of a dose-response relationship for exposure to vibration’ the best policy was ‘limiting the time required to use the riskiest tools and machines, replacing them or providing work breaks’.

But it is still significant that a lack of a consensus over what constitutes high or low has meant different countries still adopt their own limits. For example, Finland and Poland have fixed short-term exposure limit values, whereas Germany has a 0.8m/s2 limit for vertical axis whole-body vibration.

Such discrepancies make it essential that employers are serious about risk assessments. ‘OSH professionals identify sources of occupational vibration and assess the risk these pose to worker health, including those that may be vulnerable,’ says Ruth. ‘OSH professionals should eliminate or control vibration risks, and provide information and training. They should also identify and provide health surveillance as necessary, keep records and do regular reviews.’

Will cases like John’s still happen? The likelihood is that they will. But, as Rhian concludes: ‘Although it is not always possible to eliminate vibration, companies can all address the risks, and then decide how to eliminate them or reduce them to as low a level as is practicable.’ 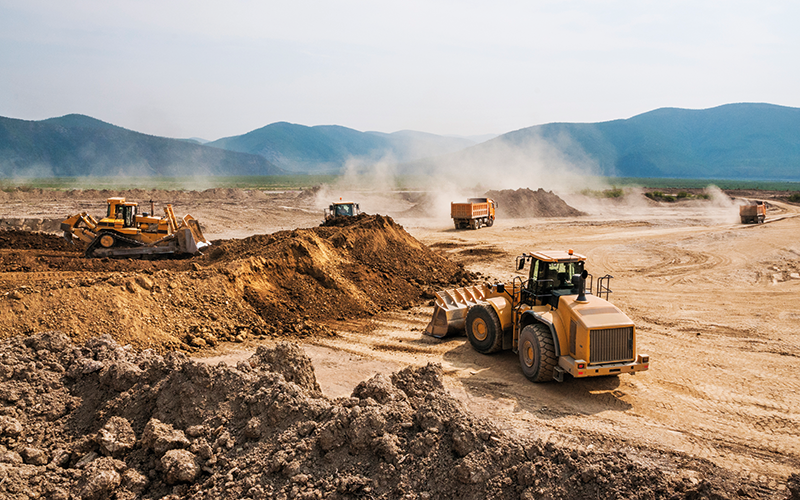 IOSH is supporting EU-OSHA’s Lighten the Load campaign, which focuses on preventing work-related MSDs. Materials created can help organisations identify and control the risk of vibrations in their workplaces. The campaign initially focused on prevention of, and providing information on, chronic conditions. It now also concentrates on worker diversity to highlight the fact that certain worker groups – such as women, migrant workers and LGBTQ+ workers – are at increased risk of MSDs. For more information, visit healthy-workplaces.eu/en/get-involved/about-campaign