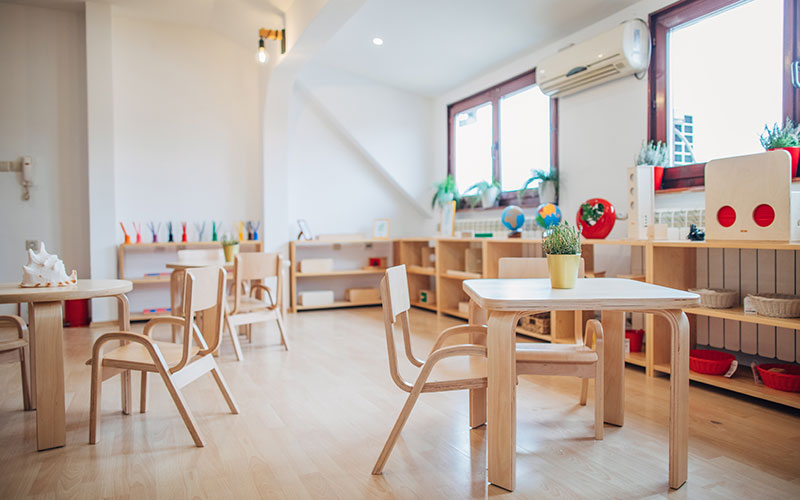 An Edinburgh nursery that failed to provide its employees with suitable instruction and supervision has been fined £800,000 after a 10-month-old boy in its care died after a choking incident.

Bright Horizons Family Solutions, which has run the private nursery on Glasgow Road in Corstorphine in Edinburgh since November 2016, pleaded guilty under section 76 of the Criminal Procedure (Scotland) Act 1995 and has no previous convictions.

Police Scotland and the City of Edinburgh Council’s joint investigation found that Fox Goulding, who was not adequately supervised at the time, had been eating a pudding of raspberries and mango on the afternoon of 9 July 2019 when he choked on a piece of fruit in the eating area of the Under Two Room.

At the time there were six members of staff in various areas of the room but they were involved with other tasks and were not supervising the children eating. A nursery nurse who had been sitting between Goulding and another child had just gone to the toilet.

When the nurse returned less than three minutes later, she saw the boy hunched forward in his seat and thought he was sleeping.

As soon as the staff realised he wasn’t breathing, a nursery nurse gave him repeated back slaps while holding the boy almost upside down in an attempt to dislodge the food blocking his airway.

The nursery manager was informed and immediately shouted for someone to call an ambulance. While waiting for the emergency services to arrive, a nursery nurse and the nursery manager performed cardiopulmonary resuscitation (CPR).

On their arrival, paramedics were able to remove the piece of fruit causing the obstruction and took Goulding to the city’s Royal Hospital for Sick Children.

However, the boy was in cardiac arrest and unresponsive during the journey. He died the next day in the hospital’s intensive care unit and was pronounced dead at 23.14.

Police Scotland seized the nursery’s CCTV system and analysed footage of supervision in the Under Two Room for 26 days from 3 June to 8 July 2019. The footage showed that a member of staff did not always sit at the table during meal times contrary to Bright Horizons Family Solutions’ policy.

They also found that supervision generally lessened as the mealtime progressed, particularly at breakfast and tea as staff could distracted by parents entering the room or cleaning duties.

Police Scotland found there was no recorded CCTV footage of the incident on the afternoon of 9 July 2019; the CCTV system had failed to record any footage while the nursery was in operation that day.

On 11 July 2019, the City of Edinburgh Council was advised by the Crown Office and Procurator Fiscal Service (COPFS) that a young child had died in hospital the previous night following a choking incident and instructed its environmental health team to investigate the circumstances of the boy’s death.

It was agreed the council’s enforcement officers would work closely with Police Scotland and the COPFS in accordance with the established Work Related Deaths Protocol, with the police taking the lead in the investigation.

The investigation found a number of failures at the Edinburgh nursery which provides care for newly born children up to preschool age children.

‘If Bright Horizons had provided adequate instruction and supervision at the Corstorphine nursery in relation to the implementation of its policies and procedures regarding risk of choking on foods and also provided adequate instruction and supervision in relation to the guidance to help avoid choking details in the NHS document “Setting the Table” or similar guidance, then the risk of Fox Goulding choking on the mango would have been reduced,” the investigation noted.

“If he had choked on the mango while being adequately supervised the choking is more likely to have been discovered at the time or closer to the time it occurred providing greater opportunity for a successful outcome from interventions.”

Although the investigators determined that there had been more than the necessary number of staff present for the number of children in the Under Two Room during teatime on 9 July 2019, they concluded that they had not been suitably deployed while the children were eating. Bright Horizons Family Solutions documented procedures require at least one member of staff to be always sitting with a group of children during mealtimes.

Bright Horizons Family Solutions, which owned 318 nurseries throughout the UK, including 20 in Scotland at the time of the incident, ‘co-operated fully and responded comprehensively and timeously to all requests for information assistance’ throughout the investigation.

Shortly after the incident, it provided refresher person training on safe and effective mealtimes for all its Scottish staff as a precautionary measure with an emphasis on ensuring that children are directly supervised at all times while eating in accordance with its policy and previous staff training provided.

‘Since the tragedy, all employees in Scotland have re-certified in 10 core training modules, including paediatric first aid, safeguarding and food safety'

The child care provider has also reviewed its policies and procedures and made revisions for further clarity on its requirements and expectations of staff. As part of this, it has introduced a new procedure where nursery management teams are required to complete documented weekly mealtime observations so that staff compliance with its policy can be monitored and any remedial action taken promptly.

Ros Marshall, the company’s managing director, said: ‘Our acceptance of responsibility makes clear that the mealtime safety procedures we had in place at our Corstorphine nursery in 2019 were not properly observed, with terrible consequences.

‘Every day we care for children and fully appreciate that keeping children safe is always the first priority. We have comprehensively reviewed how we operate, including all our mealtime safety procedures, staff training and our supervision arrangements, to ensure the right lessons were learned from this tragedy.’

She added: ‘Our thoughts continue to be with Fox Goulding and his family. There are no words which are adequate to console them and we offer our heartfelt apologies.’

A spokesperson added that the childcare provider had reviewed its procedures to ensure instructions are clear and implemented properly, and standards regularly monitored.

‘We have also invested in a new Early Childhood department, with dedicated regional and area specialists, to implement the standards and regularly monitor and audit our practices. We want to do everything to prevent the risk of repeating anything which could lead to another incident of such gravity in one of our nurseries.

‘Since the tragedy, all employees in Scotland have re-certified in 10 core training modules, including paediatric first aid, safeguarding and food safety. They have also had bespoke food safety and mealtimes training, including on-site support by the professional development lead for food safety.

‘The process is designed to ensure that staff are truly consistent in how they accompany and supervise children while they’re eating.’