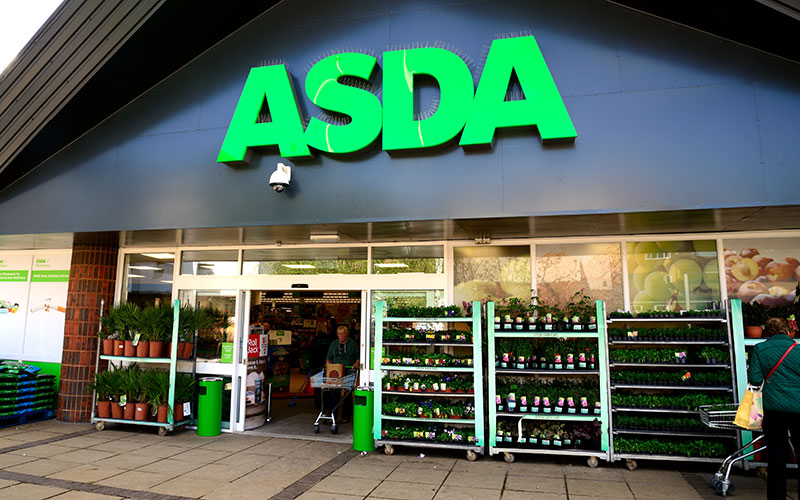 A 73-year-old woman with dementia has won her claim for constructive unfair dismissal against supermarket giant Asda, after she was asked more than once if she wanted to retire and subjected to treatment that violated her dignity.

Upholding Joan Hutchinson’s claim for age and disability-related harassment and discrimination at a tribunal in Cardiff, Judge A Frazer said Asda “ought to have referred the claimant to occupational health prior to her return” to work after lockdown.

Joan had been employed at the Queensferry Asda store since September 2000. The tribunal heard that in 2017, Joan’s son, Chris, had noticed his mother exhibiting some symptoms of dementia. In October 2019, she was diagnosed with mild cognitive impairment, but Asda was not aware of this.

In early March 2020, the tribunal heard, Stacey Weston-Laing – section leader in the clothing department where Joan worked – and a number of other colleagues became 'concerned about the claimant appearing confused, losing keys and forgetting things'. Angela Green, people trading manager, suggested she arrange an occupational health appointment but Joan didn’t want one. During the conversation, the option of retirement arose for the first time.

On 19 March 2020, Joan began shielding, as she was deemed vulnerable due to her age. On 2 July, she was diagnosed with mild mixed dementia.

While she was shielding, Stacey delivered groceries to Joan and contacted her to check on her wellbeing. Giving evidence to the tribunal on her mother’s behalf, Joan’s daughter said that during one conversation, Weston-Laing raised the possibility of retirement. Joan said she did not want to retire and was upset by the suggestion, feeling that she was unwanted at Asda.

'This case demonstrates the need to ensure managers are fully trained around these issues. Employers need to be more acutely aware in relation to older employees exhibiting such symptoms'

On 26 June, Joan attended a meeting to discuss arrangements for going back to the store. Joan’s daughter, who attended the meeting in support of her mother, told the manager in attendance that Stacey had asked her mother if she wanted to retire. Joan’s daughter asked that her mother not be harassed when she returned to work.

Joan went back to work on 9 July. During a return-to-work interview with Stacey, Joan initially refused but later agreed to have a consultation with occupational health.

During the day, Stacey observed that Joan was at times 'flustered' and 'jittery'. Before she left to go home, Joan had difficulty finding her keys so the deputy store manager “rummaged” in her bag to find them. The tribunal heard that after her shift ended Joan couldn’t remember if her daughter was picking her up or she was getting the bus.

The next day, Joan attended a meeting with Stacey and the general store manager to discuss the lost keys and other events from the pervious day. Stacey asked if Joan would see occupational health, but she became upset and walked out. She was signed off sick.

On 23 July Joan’s son raised a grievance on his mother’s behalf. Following a hearing on 27 August and an investigation, the grievance was dismissed on 22 September. An occupational health appointment was made for 28 September, 'so that her return to work could be properly managed”, but on 25 September Chris Hutchinson wrote a letter of resignation on his mother’s behalf. The letter cited age and disability discrimination. Her employment ended on 6 October.

In his conclusions, the judge decided that despite Joan declining occupational health support, Asda 'ought reasonably to have known that the claimant was disabled' and that due to her forgetfulness and confusion, Asda was 'on notice that the claimant had symptoms of a mental impairment prior to the lockdown period.

'We find that at the very least, it was incumbent on the respondent prior to her return to work from lockdown to investigate her symptoms via a referral to occupational health.'

On the incident in which the deputy store manager searched Joan's bag for her keys, the judge concluded that while this was done with the 'best intentions', it left Joan feeling upset and could have been done in a way that 'preserved her dignity'.

'The conduct was unwanted by the claimant and it related to her condition as it was brought about by her memory impairment,' the judge decided. 'It had the effect of violating her dignity… [It] amounted to disability-related harassment.'

The repeated mentioning of retirement was direct age discrimination, the judge concluded, and also amounted to age-related harassment because it was raised more than once.

'The claimant was, we find, constructively dismissed on the basis that the conduct (which we found amounted to age and disability-related harassment, direct age discrimination and discrimination arising from disability) breached the implied term of trust and confidence.'

The judge rejected Hutchinson’s claim against Asda for a failure to make reasonable adjustments.

Paul Grindley, partner at Winston Solicitors, told IOSH magazine: 'I think this case demonstrates the need to ensure managers are fully trained around these issues. Employers need to be more acutely aware in relation to older employees exhibiting such symptoms.

'Even just a single, well-meaning comment or action can be held to amount to discrimination, and asking an older employee if they would like to retire is always going to carry a risk.

'Employers can ask all employees what their future work plans and aspirations are, but should be careful to avoid targeting – or being seen to target – older workers.'

The full judgment is available here.

A recent case saw an employee claim unfair dismissal after he refused to return to work over safety concerns of his workplace and COVID-19.

And a lorry driver who was sacked after refusing to wear a facemask inside his cab on a client’s site was fairly dismissed, a judge ruled.