‘Fear of Covid’ not a belief, says judge – as he rejects discrimination claim 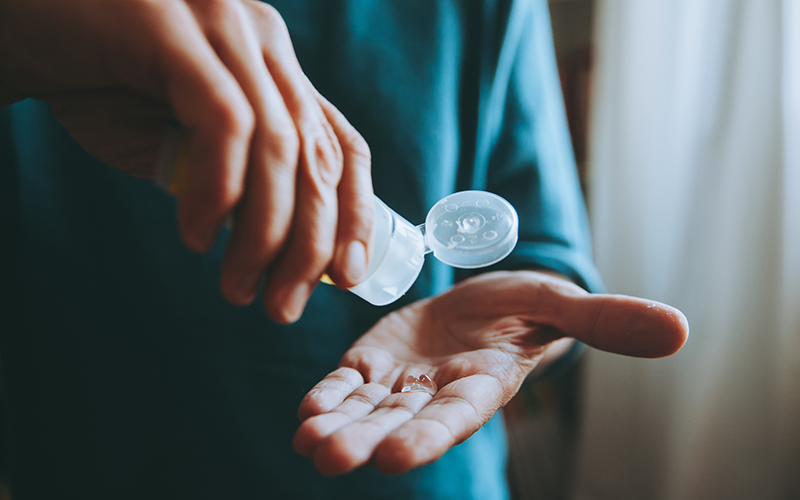 An employee who refused to return to work because of Covid safety concerns has lost her discrimination claim after a tribunal decided her fear of catching the virus did not constitute a belief as defined by the Equality Act.

The employee, known only as X, had claimed her fear of contracting Covid was a 'protected belief'. But a Manchester employment tribunal ruled that her employer’s decision to stop paying her when she declined to return to work did not amount to discrimination.

The tribunal heard that on 31 July 2020, X took the decision not to go back to work due to what she described as 'reasonable and justifiable health and safety concerns … surrounding Covid-19'. X told the tribunal, 'I had a genuine fear of getting the virus myself, and a fear of passing it on to my partner, who is at high risk of getting seriously unwell from Covid-19.'

X said she had made a 'protected disclosure in good faith' about a 'danger to health and safety' that she believed to be “serious and imminent”. X told the tribunal that her employer, Y, did not accept she had a reasonable belief that her and her husband would be endangered by her returning to work, and withheld her wages, causing financial detriment.

X brought a claim of discrimination against her employer, arguing that her belief – which she defined as a fear of catching Covid and a need to protect herself and others – was a 'philosophical belief' that was “genuinely held”, and she was therefore protected under section 10 of the Equality Act 2010 from suffering detriment as a result of that belief.

In assessing X’s claim, Judge Mark Leach had to decide whether X’s fear of catching Covid fell within the definition of a protected belief, which is subject to a five-point test established by an earlier ruling, namely Grainger plc v Nicholson [2010] – a ruling to which both X and Y referred at the tribunal.

According to the Grainger ruling, a 'philosophical belief' must:

While Judge Leach accepted that X’s fear was genuine, intelligible, serious and important, and worthy of respect (points 1, 4 and 5), he found that her fear did not meet tests 2 and 3 and so rejected her discrimination claim.

'I do not find that the claimant’s fear amounts to a belief,' he concludes in his judgment of 13 December 2021. 'Rather, it is a reaction to a threat of physical harm and the need to take steps to reduce or avoid that threat. Most (if not all) people instinctively react to perceived or real threats of physical harm in one way or another.

'It can also be described as a widely held opinion based on the present state of information available that taking certain steps, for example attending a crowded place during the height of the current pandemic, would increase the risk of contracting Covid-19 and may therefore be dangerous.

Considering the implications of the ruling for employers, Linky Trott, head of employment for Edwin Coe LLP, told IOSH magazine: 'While this case answers the rather narrow question of whether or not a fear of catching Covid is a protected "belief" under the Equality Act 2010 – the answer is, no – the case does not address the far more common concerns raised by employees about attending the workplace during the pandemic, including disability issues, pregnancy concerns and health and safety anxieties.

'Employers are not expected to be experts in statistics, vaccine efficacy or medical conditions, but they are expected to ... address concerns raised by employees genuinely, empathetically and seriously; and take occupational health advice were required'

'These concerns bring into play other possible discrimination claims, such as pregnancy and disability discrimination, as well as Sections 44 and 100 of the Employment Rights Act, which protect employees who suffer a detriment (Section 44) or are dismissed (Section 100) if they "take steps" – like refusing to attend the workplace – to avert what they reasonably believe to be a ‘serious and imminent’ threat to their health and safety.

'If an employer wants to avoid such claims they would be well advised to address those concerns directly with the employee, understanding their concerns and addressing them. This could include adjustments to usual working practices or the introduction of additional ‘protective’ measures – if possible and reasonable.

'What a tribunal will want to see is genuine engagement by the employer and genuine attempts to address the concerns including, for example, referrals to occupational health where necessary.

'Employers are not expected to be experts in statistics, vaccine efficacy or medical conditions, but they are expected to follow Government advice on workplace secure environments; address concerns raised by employees genuinely, empathetically and seriously; and take occupational health advice were required.'

The full judgment is available here.