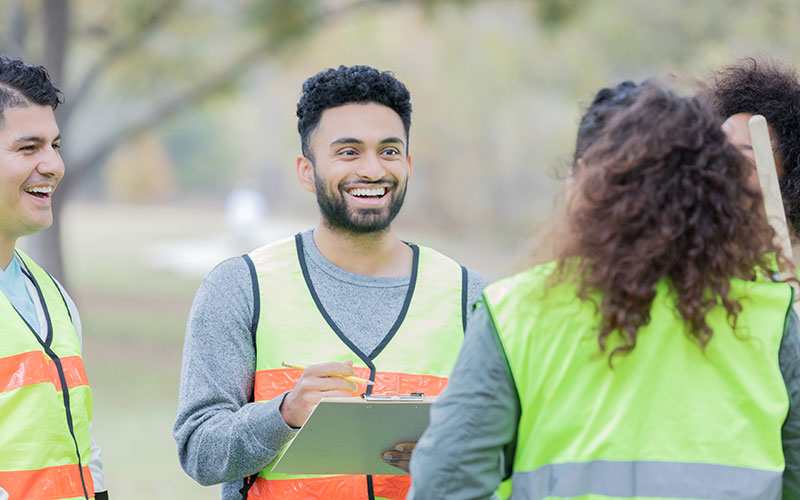 More than 19 million people in the UK formally volunteer at least once in a 12-month period through a group, club or organisation, according to Peoplesafe, a UK-based technology business that champions the safety of lone and at-risk workers. In the majority of cases, the work activities these volunteers undertake are low risk.

However, there are instances where volunteers are involved in higher-risk activities such as work at height, using machinery and lone working. Tragically, as a number of prosecutions illustrate, sometimes a person may sustain injuries or even lose their life.

The Health and Safety at Work Act applies to volunteers if a business or a voluntary body has employees (see box). The HSE or the local authority will investigate an incident and, in the most serious cases, may seek a prosecution, under section 3 of this legislation.

However, it isn’t always clear who the prosecuting body should be. A case in point is the prosecution of the Birmingham Angler’s Association (BAA) in April this year after the death of one of its volunteers.

An investigation by Worcestershire Regulatory Services (WRS) – on behalf of Wychavon District Council – found that a group of volunteers had been carrying out routine fisheries maintenance work, which involved cutting back and clearing vegetation along a riverbank in Worcestershire.

'Employers who use volunteers have to ensure their safety, the same as if they were paid employees'

As fallen branches were being cleared with the use of a chain saw, a member of the party was hit on the head by a thick falling branch, sustaining a traumatic brain injury. A week after the incident, when it became clear that the volunteer would not recover, his family made the decision to turn off his life support.

WRS found none of the volunteers had received formal health and safety instruction, that they had not been properly trained for the maintenance work, and were using inadequate equipment.

In addition, the BAA had failed to carry out a risk assessment despite this being part of its own policy while guidance from the Angling Trust had been ignored and a proper exclusion zone around the felling site had also not been set-up.

WRS senior technical officer Nick Fowler GradIOSH, who led the investigation, noted that it had been ‘a slightly unusual investigation’ because there had been some uncertainty over whether the deceased was a volunteer or an employee.

A further complication, Nick noted, was that the volunteers were peripatetic workers cutting back and clearing vegetation on farmland.

‘In terms of enforcing authority remit and not operating ultra vires, there was a bit of a question mark about whether it was us or the HSE that was responsible,’ Fowler had told IOSH magazine.

The HSE, which brought the prosecution, found that although the volunteer, who had used his own ladder to carry out the repair work, had not informed the football club of his plans to fix a leaking roof, St Albans FC did not have a system in place to authorise certain work. In addition, volunteers were inadequately supervised.

HSE inspector Sandra Dias emphasised the employer’s legal duty at the trial: ‘Employers who use volunteers have to ensure their safety, the same as if they were paid employees,’ she said.

One of the reasons why this is so important is that volunteers are often less likely to be familiar with the environment they are working in than those who are regular employees, and therefore less aware of the risks.

In another case involving a fall from height, Lee Hall Social Club in Rugeley, Staffordshire, was fined £20,000 for breaching section 3 of the HSW Act and ordered to pay £17,000 costs in December 2018.

Cannock Chase Council investigated and found that a volunteer was putting extra Christmas decorations back into the club’s loft when the loft ladder gave way dropping him two metres on to a staircase. His injuries cut short his career as a civil engineer.

The council’s health and safety inspector Emily MacKinnon found the loft ladder had been badly maintained. In addition, the club had not followed its own risk assessments and did not provide volunteers with information and training on safe work at height. The council also found that no one at Lee Hall Social Club had been tasked with responsibility for health and safety.

Mark Crossley, operational policy advisor, HSE told IOSH magazine: ‘It is important that volunteers are afforded the same level of protection as employees and simple measures to reduce risks such as ensuring adequate training, supervision and monitoring can help to prevent accidents or ill health from voluntary activities.

‘Volunteers must be included in your risk assessment process and invited to provide feedback in the same way as employees to allow them to raise concerns and influence decisions on managing health and safety. Voluntary activity is not always low risk and there have been major and fatal incidents involving volunteers engaged in higher risk activities (such as work at height, using machinery, construction/demolition works).

‘Good health and safety management should not be a barrier to volunteering and risk assessment is not about generating lots of paperwork or trying to eliminate trivial risks. A sensible and proportionate approach to assessing and controlling the risks helps enable voluntary work by ensuring the right controls and other measures are in place, so that it is undertaken safely and effectively.

‘The HSE has recently updated and expanded its guidance on how to manage the risks to volunteers.’

Under the Health and Safety at Work Act, organisations that employ at least one employee are required by law to protect their employees but also others, including volunteers, from any risks that arise from their work activities. This also applies to people who are self-employed and employ others.

Depending on the location and type of work activity, the Health and Safety Executive (HSE) or local authorities are responsible for enforcement.

Organisations or self-employed persons who use volunteers are required to:

Where volunteers carry out activities for an organisation that has no employees, that organisation has a ‘duty of care’ under civil law to take reasonable steps to minimise the risk of injury or a fatality.

There are, however, some exceptions, and health and safety legislation does apply where there is no employer (such as where an entirely voluntary organisation with no employees is involved in the following examples):

In cases where civil law applies, a volunteer who has been injured can bring a civil claim against an organisation where it has breached its duty of care.

The Management of Health and Safety at Work Regulations place an additional duty on employers to undertake risk assessments.

When engaging volunteers, employers need to ensure that the preventative and protective measures they put in place reflect the risks that the individual will face while undertaking work activities.

It is really important that the volunteer is consulted on the risks so they can raise any concerns early on. Where an activity presents a more significant risk, the employer needs to ensure that the risk assessment is proportionate and has taken into account any additional hazards that the volunteer may be exposed to.

The Health and Safety Executive (HSE) advises employers to: