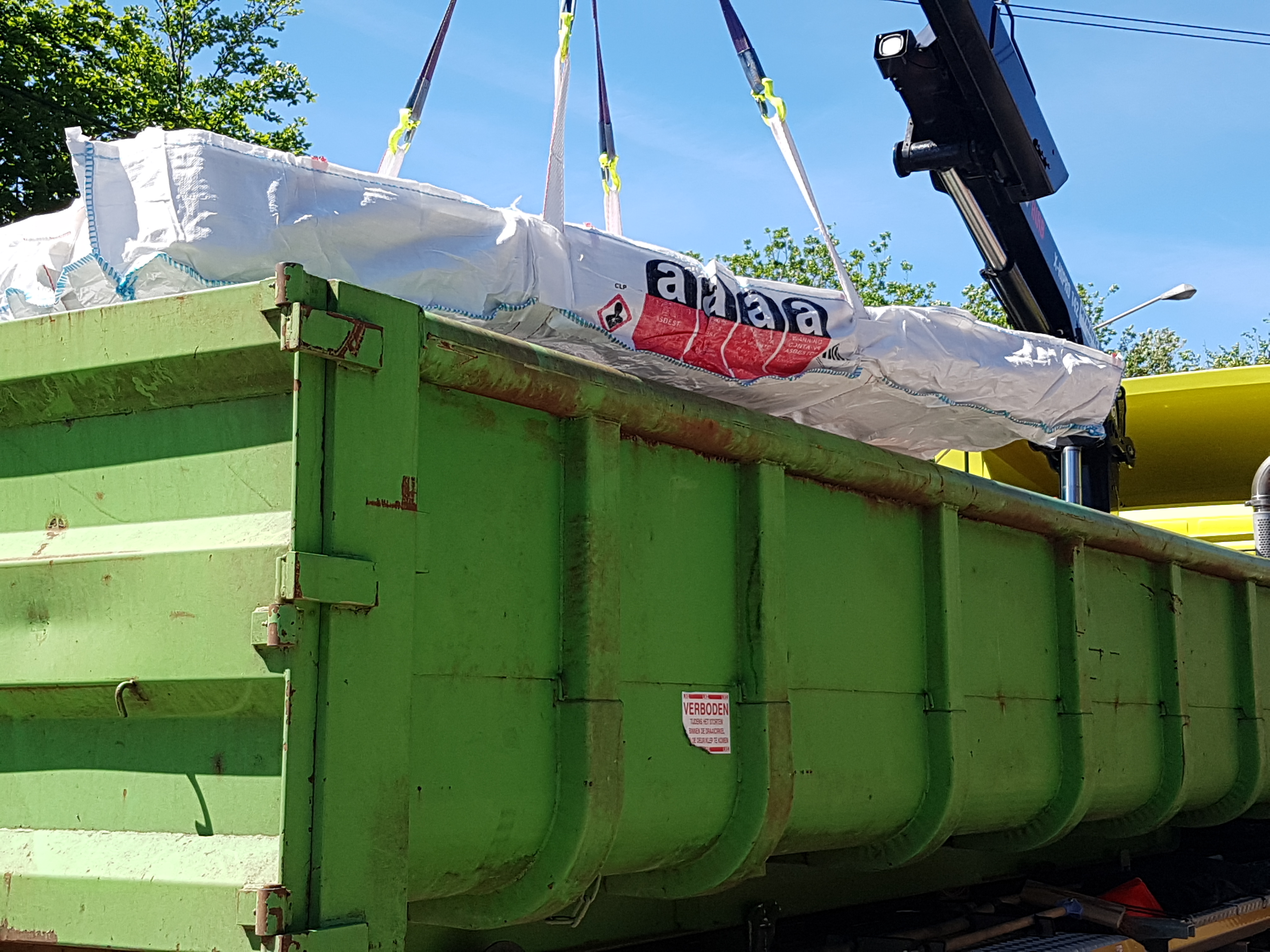 The Flemish government in Belgium has taken a risk-based approach to tackling the region’s huge asbestos legacy with an ambitious plan to become ‘asbestos-safe’ by 2040.

The decision was taken after the Public Waste Agency of Flanders (OVAM) compared national and international studies, undertook sector enquiries and ran pilot projects, and emphasised the need for a more immediate and proactive approach.

‘A second wave of asbestos victims is imminent and this time it is ordinary citizens who did not work in the former asbestos industry or in the construction sector,’ says Sven de Mulder, Project Leader, OVAM, Antwerp Metropolitan Area.

‘The main reason for this is the life-long exposure risk at home, at school and in the office due to the presence of asbestos-containing materials (ACMs) and the poor condition of these materials.’

De Mulder notes that Belgium had one of the biggest asbestos consumption levels per capita in the world during the 1960s. The Flemish government estimates that about 2.3 million tonnes of ACMs can still be found across the region’s building stock. Across the whole of Belgium, it is around 5.5 million tonnes.

On 29 March 2019, the Flemish government adopted a decree that contains an obligation for the Flemish public authorities to remove asbestos from all public buildings that were constructed before 2001, as this building stock has been identified as being the most high-risk when it comes to ACMs. OVAM estimates that asbestos is likely to be present in 70-90% of buildings constructed in 2000 or earlier.

‘The realisation of an asbestos-safe Flanders is ambitious but it includes the already accelerated phasing out of the most risky asbestos indications by 2034 and all other asbestos material in poor condition by 2040,’ says de Mulder.

As de Mulder explains, the intention is not to become ‘asbestos-free’. Asbestos will remain in some of the building stock but any asbestos that is left over must be in a good condition and has to be documented so that Flemish Public Authorities know where the asbestos is. Even so, de Mulder estimates that more than 90% of the asbestos still present in the region’s building stock will need to be removed by 2040.

'The Flemish and wider Belgian problem is not unique; it’s a problem faced by many countries in Europe and throughout the world'

Another significant development under the decree is a compulsory requirement for an asbestos inventory, which, at present, is only mandatory for places of employment.

Until now, there has been no requirement for an owner of a private property to record the asbestos present in their home. The decision to introduce an inventory for home-owners was influenced by research that OVAM carried out.

‘There was a 35-year-old woman who was diagnosed with mesothelioma and it appears that she was a baby crawling around in the house where her parents were renovating the property and there was dust all over the floor,’ explains de Mulder. ‘At a very young age, she inhaled asbestos fibres and developed mesothelioma.’

Like the UK, asbestos-related diseases are the biggest cause of occupational deaths. De Mulder says 300-400 people die every year from mesothelioma but this is an underestimate of the real figure.

However, it wasn’t only personal stories that influenced the Flemish government’s decision to be more proactive in tackling the region’s asbestos legacy. De Mulder says that a cost-benefit analysis was carried out and the government concluded that introducing an asbestos removal plan and creating a goal of becoming ‘asbestos-safe’ was the best case scenario.

As a policy regulator, OVAM has a pivotal role in the delivery of the Flemish government’s asbestos action plan.

One of its main responsibilities is the management of a new central database which will document current and future asbestos inventories that are collected from the region’s building stock.

As part of this process, OVAM has initiated a new sectoral certification system for asbestos experts whose responsibility it will be to compile the inventories. The experts will first have to pass a compulsory training programme after which they will receive certification to carry out the works. They will also be audited and inspected regularly to check their competence.

A large part of OVAM’s work, however, is supporting all building owners to compile an asbestos inventory and then organising for approved contractors to come in and remove the ACMs.

OVAM has also launched a number of new tools aimed at key target sectors such as schools, care facilities, social housing and agriculture.

According to The Brussels Times, the Flemish government provided 3.85 million euros in August to remove asbestos from 200 schools. At the same time, the Flemish public authorities plan to carry out an extra 780 asbestos inventories over the next four years.

OVAM has also set up a subsidised system that enables every Flanders resident to register to have their asbestos waste management collected from a specified location. De Mulder says ACMs have already been collected from around 50,000 locations across the region.

In October this year, OVAM also started to collect asbestos cement waste from farmers and received over 1,000 registrations during an eight-week period.

‘The Flemish and wider Belgian problem is not unique; it’s a problem faced by many countries in Europe and throughout the world,’ says de Mulder. ‘We hope to contribute to a world-wide dynamic for a sustainable and ambitious asbestos policy. First, we have to tackle our own problems and see that we achieve our goals.’