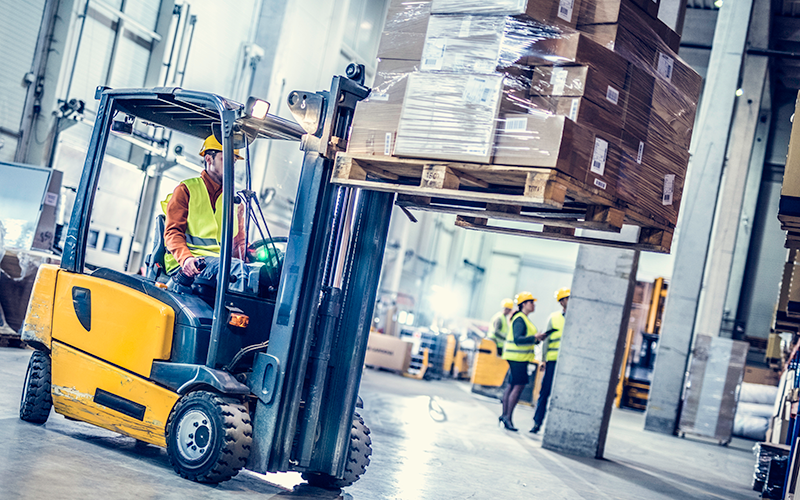 A forklift driver whose employer accused him of a ‘serious breach of health and safety processes’ for attending work while his son awaited the results of a Covid test has won his claim for unfair dismissal.

David Lewis argued his son – who did later test positive – did not have Covid symptoms and did not actually need a test, but he was dismissed without notice by his employer, The Benriach Distillery Company, on 25 February 2021. He brought a claim for unfair dismissal after his appeal against his sacking was rejected by the firm on 15 March.

Lewis had worked in the whisky distillery’s dry goods warehouse in Newbridge, Edinburgh, since January 1998. On the evening of 8 February Helen Farmer, Lewis’s line manager, emailed Simon Briggs in the company’s HR department to say that Lewis had informed her that he’d been instructed to isolate by the NHS.

Lewis – who had attended work that day – had explained that his son had taken a Covid test on Saturday 6 February but hadn’t yet received the results. When Lewis chased the test result, he was advised it could take six days and he should self-isolate until the outcome was known.

In his email reply, Briggs branded Lewis ‘highly irresponsible, you could say reckless’ for working a full shift when his son had Covid symptoms. Briggs launched an investigation into the circumstances of Lewis’s attendance at work, during which Lewis explained to Briggs that he thought his son was faking his symptoms to get time off work.

The tribunal heard that when Briggs asked why Lewis had attended his shift on 8February when a household member was symptomatic, Lewis responded: ‘He wasn’t showing symptoms. He just had a sore head. He booked the test himself.’

On 17 February, Lewis was suspended on full pay pending the results of the ongoing investigation. A disciplinary hearing took place on 23 February, during which Lewis argued that his son hadn’t shown any Covid symptoms prior to his attendance at work nine days earlier.

Helen Farmer recalled Lewis mentioning that his son had a cough, but Lewis said he had described his son performing a ‘mock cough’. Lewis was of the opinion that his son was ‘at it’ [faking the need for a test]. Further, Lewis said he’d received no advice to self-isolate prior to the 8 February, when he chased his son’s test result.

Lewis was dismissed by letter on 25 February on the basis that his ‘explanation was not acceptable’. The letter said Lewis had ‘knowingly breached company and government guidelines regarding self-isolation” and stated that his actions had been “reckless and a serious breach of health and safety.’

On 8 November, a Scottish Employment Tribunal upheld Lewis’s claim for unfair dismissal. Assessing whether Lewis could be believed in his assertions that his son displayed no symptoms prior to the shift he attended on 8 February, Judge JD Young in his ruling notes that Lewis had 23 years’ service with an ‘excellent record’, and no financial motive to avoid self-isolating since he would have been paid.

Judge Young acknowledges there was ‘some blameworthy conduct on the part of [Lewis] in him going to work against the possibility that a test might prove positive’. But, he concluded: ‘The reasonable employer in the circumstances here would not consider there were grounds for the belief that the claimant had knowingly breached guidelines on self-isolation issued by the Scottish Government and adopted by the respondent.’

He went on: ‘The understandable anxiety by employers on the possibility of infection becoming apparent in the workplace does not override the tests that are required to be applied by a Tribunal in the dismissal of employees. In this case I find that…the respondent did not have reasonable grounds for their belief in the misconduct of the claimant…’

Commenting on the ruling, Paul Grindley, partner at Winston Solicitors, noted that Mr Lewis’s employer had not rigorously tested the employee’s belief about his son's condition as part of the internal investigation.

‘In terms of the Burchell test, it is necessary for there to be a belief in the misconduct’ he told IOSH magazine.

‘That belief has to be based upon reasonable grounds after reasonable investigation. The reasonable employer in the circumstances here would not consider there were grounds for the belief that Mr Lewis had knowingly breached guidelines on self-isolation issued by the Scottish Government.

‘However, the tribunal found that there had been contributory fault on the part of Mr Lewis. His behaviour was not blameworthy in the sense that he was breaching any guideline on self-isolation because his son showed no symptoms, and symptoms are a necessary trigger to self-isolation.

‘But as his son had booked and taken a test, this should have given him cause to consider whether it was sensible to go to work before receiving the result, especially considering the heightened anxiety around the pandemic.”

The ruling is available here.

In June, a lorry driver who was sacked after refusing to wear a facemask inside his cab on a client’s site was fairly dismissed, a judge ruled.

And in April, an employee claimed unfair dismissal after he refused to return to work over safety concerns of his workplace and COVID-19, but his claim was dismissed.