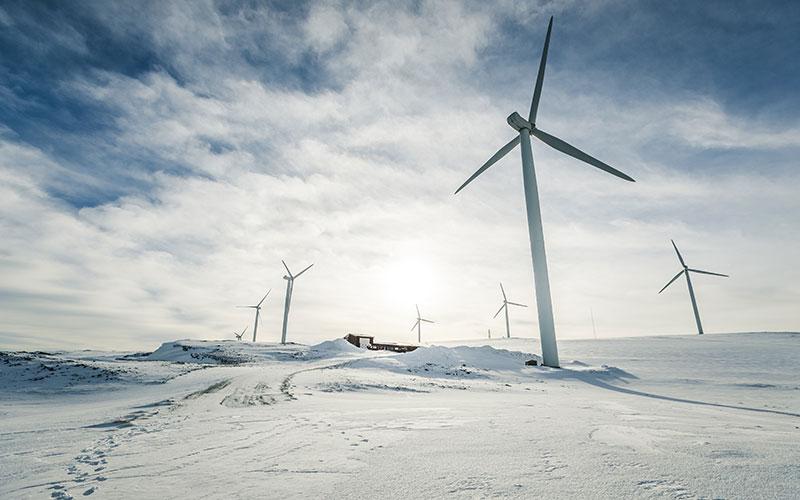 The parent company of a contractor that was building a wind farm in Scotland and a security firm that employed staff to guard the remote site have been fined almost £900,000 after a security guard was trapped in snow for four and half hours and later died from hypothermia.

Another security guard also had to be airlifted to hospital but survived the extreme weather conditions.

The court was told that 74-year-old security guard Ronnie Alexander was working a 12-hour shift at the Afton wind farm, near New Cumnock, East Ayrshire, with a younger colleague when the incident happened on 21 January 2018.

According to the BBC, the tragedy unfolded after the Met Office had issued a yellow warning for heavy snow across large swathes of Scotland.

Alexander’s family grew increasingly concerned when the remote worker failed to return from his shift. They had tried to reach him on his mobile phone but were unable to make contact because the signal at the wind farm’s construction site was so poor.

After the alarm was raised, Police Scotland’s Mountain Rescue Team mounted a search around 8.30pm and located Alexander in heavy snow about a mile from his security cabin in the early hours of 22 January. It was more than six hours after his shift had ended, according to the BBC.

In the days after the tragedy The Herald Scotland reported that the site lost all heat and lighting after a storm had caused a power cut.

Newspapers reported that Alexander had probably left his post in an effort to reach a second cabin just over a half-a-mile-away, in the hope that it still had power so he could survive the night.

When he was discovered by rescue services Alexander still showed signs of life. However, despite being airlifted to Edinburgh Royal Infirmary, medics only put his chances of survival at 5%, The Scotsman reported. The security guard died later that morning with hypothermia confirmed as the cause of death.

His employer, Glasgow-based CSM Facilities, and Northstone (NI), both appeared on a section 76 indictment.

Northstone (NI) is the parent company of Belfast firm Farrans Construction, which was building the wind farm, and admitted failing to ensure a safe system of work.

The construction firm admitted that it had failed to provide a reliable source of back-up generator for heating. The prosecution had put forward the charge that the generator at the main compound regularly broke down and there was no back-up. Neither was there a back-up for a generator at the guard house.

Northstone also admitted that it had not provided the security guards with a means to contact emergency services. Nor did it ensure there was a plan in place for the two remote workers to evacuate the site.

The firm pleaded guilty to breaching section 3(1) of the Health and Safety at Work Act and was fined £768,000.

In a statement, the construction company said: ‘Northstone accepts that on this occasion at Afton wind farm we did not meet the high health and safety standards that we seek to achieve to protect our employees, customers, clients, subcontractors and communities.’

Northstone added that it had taken ‘immediate action’ to prevent a reoccurrence.

CSM Facilities admitted failing to ensure the health, safety and welfare of its two employees between 1 October 2016 and 22 January 2018, contrary to section 2(1) of the Health and Safety at Work Act and was fined £100,800.

UK government invests £26.6m in robots for confined spaces and work at height