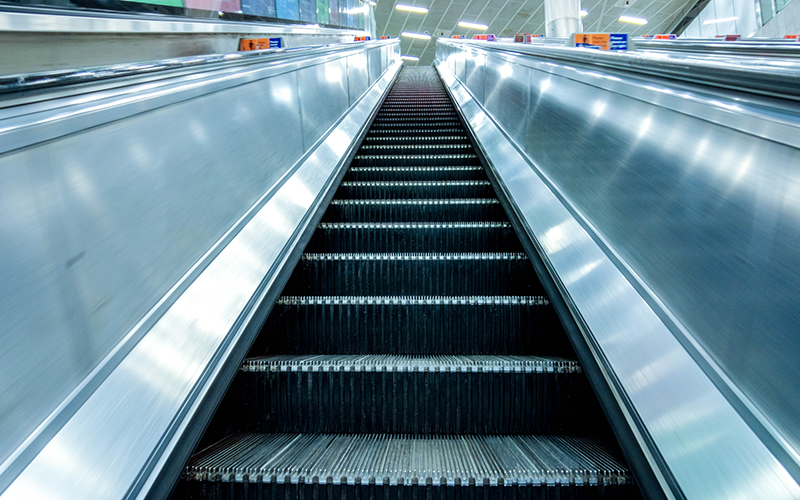 An award-winning engineer and a former head of safety at John Lewis discuss the dangers of making assumptions about the causes of escalator accidents, and how best to encourage safe behaviour among members of the public. 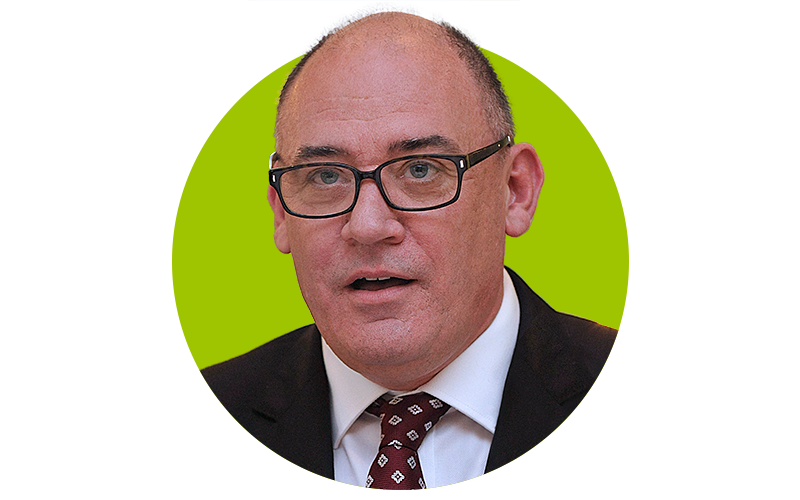 When engineer Dave Cooper came to the end of a four-year railway apprenticeship in the early 1980s, he hoped to be offered a job in rolling stock maintenance. 'Basically I wanted a big train set to play with,' he says. Management, however, decided his skills would suit the role of lift and escalator engineer, and the rest is history.

Fast forward four decades, and in October this year Dave – now a Eur.Ing. Professor whose career highlights include acting as chief engineer for the cable car over the Thames – was awarded the Society of Operations Engineers’ (SOE’s) prestigious Sir Moir Lockhead Safety Award in recognition of his dedication to improving the safety of lifts and escalators for passengers and engineers. 'The impact of Dave’s work – in his lifelong quest to have zero fatalities for passengers and engineers within the lift and escalator sector – is phenomenal,' commented SOE chief executive Bruce McGill.

'The industry view was that these incidents occurred overwhelmingly among teen and young adult males,' recalls Dave. 'But when we categorised more than 250 accidents that had occurred over 20 years, we discovered that 44% of accidents involved children under 10. As a result of this research, EN 115 was changed to specify that in new installations guards must be at least 100mm higher than the handrail.'

Mechanical failures on lifts and escalators do occur but are 'rare', notes Dave. What makes them challenging for those managing safety is people: in any situation where there is interaction between people and moving equipment, behaviour has an impact on how safe users are. This is especially true of escalators: as Dave points out, engineers account for most accidents on lifts (he’s currently campaigning on the need to get the safety message across to the workforce), but users account for most accidents on escalators.

Chris Jerman, IOSH’s thought leadership manager and formerly head of health and safety at John Lewis & Partners, recalls that escalator safety was a perennial on the retail giant’s operational risk register because even though escalators were as safe as they could be, there was (and always would be) the people factor to take into consideration.

'Very rarely were incidents [at John Lewis] due to a defect,' he says. 'When we investigated, it was very rare that we’d find that the escalator had malfunctioned or was found to be defective. The overwhelming majority of incidents were due to misuse, abuse or misadventure.

'So the question becomes: how do we manage public behaviour, especially in an environment like John Lewis where you have limited interaction with them?' 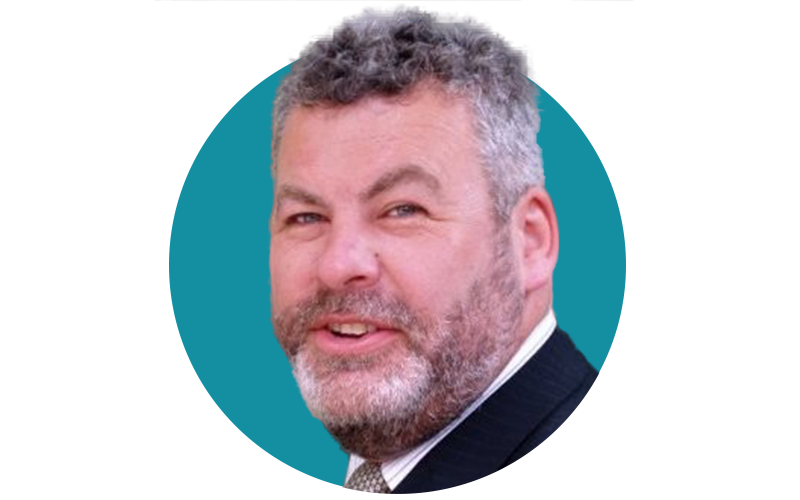 When Chris was at John Lewis – from 2005 until 2017 – the retailer had the second largest escalator inventory in the UK (after Transport for London), with 28 escalators in the flagship Oxford Street store alone. The retailer also introduced moving walks into some of its Waitrose stores.

There were two main types of incident involving escalators: falls on escalators, usually someone becoming unsteady while travelling or getting their timing wrong at the beginning or the end; and entrapment in parts of the moving mechanism, 'particularly when wearing soft-soled, slip-on shoes, such as flip flops'.

'Escalators have moving parts – you can’t escape that or eliminate the interface with users,' says Chris. 'As an operator, you are responsible for managing the moving parts as far as reasonably practicable, but failure to do so was rarely the cause of escalator incidents: a position supported by the very small number of incidents reported under the requirements of RIDDOR.'

The very young and the elderly featured heavily in the profile of those suffering incidents on escalators (interestingly, Chris recalls no incidents involving John Lewis partners, perhaps due to 'familiarity and experience,' he suggests).

Incidents involving the young tended to be children getting trapped between the treads and the brushes at the sides whilst deliberately 'polishing' their shoes, or trapped at the end in the teeth of the escalator’s comb. At the other end of the spectrum, older visitors would sometimes suffer a fall due to unsteadiness. In these cases, notes Chris, behaviour and choice were often to blame: visitors would acknowledge post-incident that, on balance, they shouldn’t have used the escalator.

Chris doesn’t believe that warning signage is the answer to modifying behaviour, because people don’t always notice it or read it: 'By and large signage comes too late, being at the point of no return when fixed to the escalator frame.'

Keeping escalators free of distraction – as advised by some – is difficult, he argues, because in a retail environment such as John Lewis there are numerous demands on visitors’ attention. Nor does he think enclosing all escalators – an idea sometimes discussed by experts – is a reasonable proposition, describing it as 'disproportionate to the potential benefits'.

'We need to strike a balance between what we can reasonably do and what comes down to behaviour,' he suggests.

With this is mind, Chris advocates creating an environment where users are encouraged to make the best – that is, the safest – choice at the moment the decision is presented.

'One idea is to signpost alternatives to escalators,' suggests Chris. 'At John Lewis we considered whether stairs and lifts should be better signposted at a point where it’s useful – before people make a decision to use an escalator when really they shouldn’t.

'You also need to manage peaks. At John Lewis, we knew that at "back to school" time we’d have more children in store, so we would deploy a ‘happy to help’ customer service person at hotspots to help busy parents navigate the store safely.'

In the case of moving walks, which customers tend to be less familiar with, Chris explains that the answer to minimising incident peaks during the first few weeks of use was to have close supervision by Partners for a period of up to six weeks while users developed 'social organisational awareness'. After around six weeks, enough people would know how to use the moving walk safely and manoeuvre their trollies without difficulty, and anyone unfamiliar with it would be able to watch what others did.

Above all, Chris urges people to look at the evidence when it comes to escalator safety and the causes of incidents. He suggests OSH leads should actually set aside time to simply stand and watch what happens in any area that may be described as a hotspot, whether it’s an entrance vestibule, slope, set of steps or escalator. “It’s incredibly enlightening,” he says.

'We tell people not to take buggies on escalators, and that seems to be sensible advice. And yet I don’t recall there ever being any significant incident involving a buggy during my time at John Lewis. I’m not saying the advice is wrong, but we need to examine the evidence and potentially update our views on some of the longer-held views across all OSH topics.'