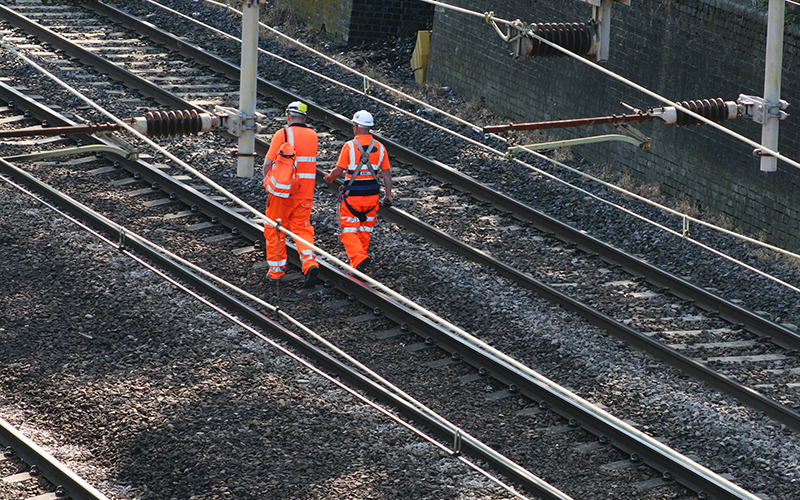 Increased work pressure partly due to interactions with the public during the pandemic was one of the main contributing factors to poor mental health in the rail sector, a survey of nearly 4,000 UK rail employees by the Rail Safety and Standards Board (RSSB) has found.

The first cross-industry study of the mental health of UK rail employees during the COVID-19 pandemic reveals that half of the respondents were front-line workers who experienced increased work intensity during the pandemic, partly exacerbated by remaining in a public-facing role.

Fifty-eight per cent of the total number of survey respondents said they worked for a passenger train operating company (TOC); the remainder worked in the freight and rail infrastructure and supply chain sectors.

Of the work-related risk factors examined in the study, work intensity was the most common for mental ill-health and included dealing with members of the public, particularly when they are distressed or angry.

When asked about work intensity, 69% of the TOC employees said they had had to handle angry members of the public at least one-quarter of their working time or more. TOC employees also represented the largest proportion of workers who had found themselves in emotionally disturbing situations (53%).

Published in early November, the RSSB’s Rail Industry Mental Health Survey 2021 found that 43% of all those sampled had met the criteria for a clinical mental health condition across screen measures for anxiety, depression and post-traumatic stress disorders. Surprisingly, only half had sought help.

‘Our rail colleagues have worked tirelessly to sustain the industry during the pandemic. These figures show the toll it has taken'

Most frequently reported were symptoms indicative of depression, with 38% of respondents demonstrating scores in the moderate to severe range.

Although 29% of respondents reported moderate to severe symptoms of anxiety, the survey found the rail sector’s rate of anxiety was 1.5 times higher than the general population. One explanation for a difference of this size, the survey concluded, could be the challenge of working in public-facing roles and increased pressure during the pandemic.

The survey also found that while 96% of staff in public-facing roles had been issued with personal protective equipment, which can help protect from anxiety when working with perceived exposure to COVID-19, one-in-three of all respondents reported an increase in work pressures.

However, interaction with the public wasn’t the only contributing factor that had caused worsening mental health, the survey found. A handful of other factors related to health inequalities, such as disability, job insecurity, and poor physical health were also identified as significant contributing factors to mental ill-health.

The RSSB argues that any interventions to improve the rail workforce’s mental health must consider underlying inequalities. It calls for interventions that will increase accessibility, inclusion and improve both physical and mental wellbeing.

The results also highlight how poor mental health has a detrimental effect on employers with a knock-on impact on cost, performance and with potential implications for safety.

Drawing on Office for National Statistics data, the survey reveals that sickness absence was five times higher than the general population prior to COVID-19 but increased to six times higher during the pandemic.

The main reason for sickness absence across TOC, freight and rail infrastructure and supply chain sectors was the same: health problems caused or made worse by work, excluding accidents.

'It is vital that rail companies assess and manage the work-related factors highlighted. Would we throw a blind eye to safety risks in the same way?'

Of those sampled, 12% said they had had an incident in the last year where they felt their mental health was a factor. However, as the findings reveal, incidents were not specifically defined as safety critical and could include something as benign as a ticketing error.

Although the RSSB notes that it was impossible to determine if participants’ mental health had impacted on safety, the number of incidents reported suggested performance had been affected.

The rail safety body is calling for better targeted support to those that need it and says employers should place a particular emphasis on workplace factors that they can directly influence.

The RSSB has put forward nine recommendations to help improve mental health in the rail sector, which are:

The RSSB’s survey was carried out from August to December 2020 and had a response rate of 3.3%, with 3,912 rail employees contributing from 31 participating rail companies.

According to the rail safety body, the survey provides a baseline measure of the rail workforce’s mental wellbeing and makes comparisons with national benchmarks where the data is available. If the survey is repeated in the future, analysts will be able to track changes by comparing the latest figures with data from the report.

RSSB’s clinical psychologist Dr Michelle O’Sullivan told IOSH magazine: ‘Our rail colleagues have worked tirelessly to sustain the industry during the pandemic. These figures show the toll it has taken. The results also demonstrate that a career in the railway can support our mental health, giving us a sense of community and purpose.

'We know we are contributing to something bigger than ourselves. It is vital that rail companies assess and manage the work-related factors highlighted. Would we throw a blind eye to safety risks in the same way?

'Let’s treat health with the same rigour that we treat safety.’

Next: Rail regulator calls for Network Rail to improve safety