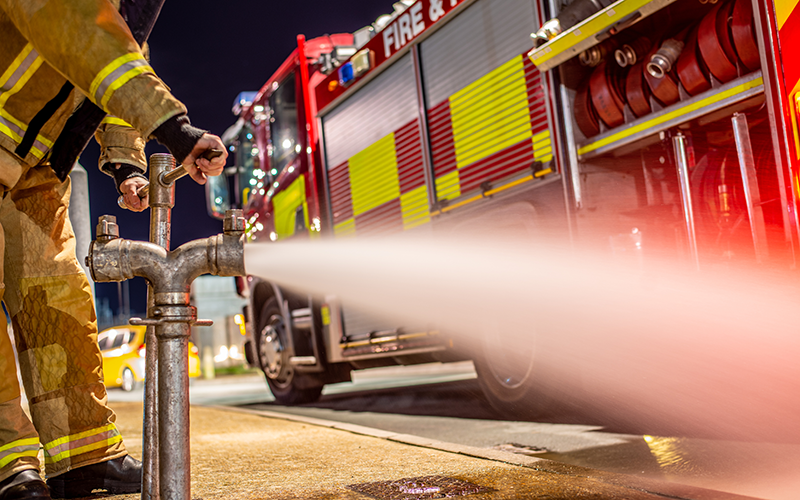 Firefighters’ union FBU has won a ‘landmark’ discrimination case against a fire and rescue service, after successfully arguing that forcing staff with disabilities to use annual leave or time off in lieu (TOIL) when shielding because of the pandemic amounted to discrimination.

The case, heard at the Employment Tribunal, is thought to be the first where an employer has discriminated as a result of employees following government health guidance related to Covid.

The decision could have implications for employers and employees in similar situations across the UK.

In the same case, the union also argued that some female members were being discriminated against in a similar way, having been forced to use annual leave and TOIL for additional caring responsibilities during the pandemic. While it was successful in its theoretical argument, the union was unable to prove its case in the context of these specific facts. It is thought that the union could appeal against this part of the judgment.

'Covid is like any other major burden that falls on society: a disproportionate amount of it often ends up being put on people who are already discriminated against, like women or disabled people'

Despite the partially successful ruling from the Employment Tribunal, there has been no sanction on the employer – the Scottish Fire and Rescue Service – and no instruction that it should reinstate the annual leave wrongly removed.

‘In principle we are delighted with this result,’ said Denise Christie, the Fire Brigade Union’s regional secretary in Scotland. ‘It is another example of a trade union fighting and winning for its members. Covid is like any other major burden that falls on society: a disproportionate amount of it often ends up being put on people who are already discriminated against, like women or disabled people.

‘However, we cannot ignore the fact that despite this judgement the tribunal has seen fit to impose no sanction at all on the Scottish Fire and Rescue Service. Nor has the Tribunal seen fit to order the fire and rescue service to reinstate the annual leave wrongly removed from our members. This is clearly unjust and we will challenge it with every legal tool at our disposal.’

The case had initially been brought under a collective grievance procedure, where it was no

t upheld, and nor was an appeal relating to procedure. The case was then heard in an Employment Tribunal.

Earlier this year, a mask-refusing delivery driver was fairly dismissed, a judge ruled.