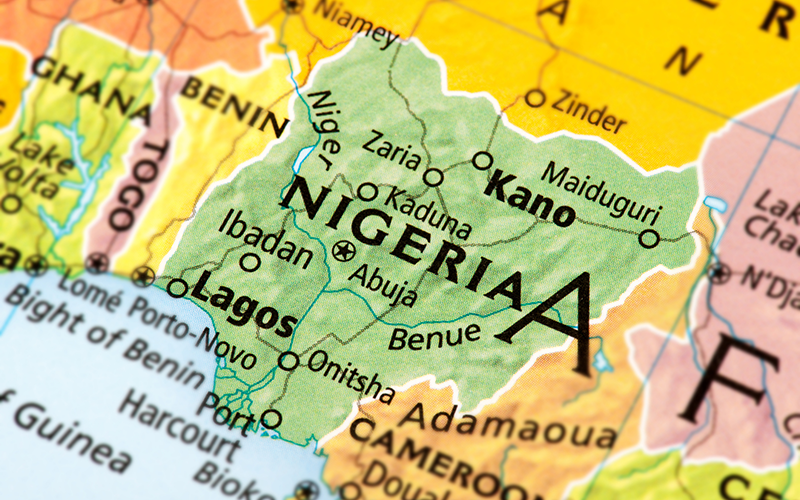 A new briefing note that outlines nine business practices to improve safety and health through supply chains and helps businesses to build a culture of prevention and protection was one of the main OSH developments highlighted at IOSH’s second West Africa Conference, held last month.

Naomi Nwokolo, executive director from the United Nations Global Compact’s Nigeria Network, provided delegates with a brief overview of the business practices, which the UN voluntary initiative developed with the International Labour Organization (ILO) and published on 1 October.

A panelist in a session that looked at the challenges and opportunities for infrastructure development and inward investment in the region, Nwokolo explained how the ‘violation of labour rights in global supply chains’ tended to take place in the lower tiers.

She told delegates that the briefing note would enable companies to take concrete steps to improve OSH through their supply chains.

‘If every business begins to become intentional about protecting their human capital, it will go a long way to ensuring that their business is very sustainable and will pave the way for good quality investment,’ she said.

The business practices include mapping the supply chain to gain a better understanding of existing OSH challenges; including OSH and employment injury protection in procurement practices; and improving the monitoring of OSH compliance, for example, through closer supplier engagement.

Alan Stevens, head of strategic engagement at IOSH, commended the UN Global Compact’s work and pointed to ILO statistics, which estimate that, in economic terms, global workplace deaths and injuries equate to a 4% loss in global GDP.

He said: ‘IOSH advocates that the sustainability of human capital, starting with the health and safety of workers, is in the interests of companies, investors and governments.’

Alan added that the construction industry was an integral part of infrastructure development and often seen as a driver of economic growth. However, fatalities still ‘plague the sector’.

Citing a study that had monitored and analysed accidents on Nigerian construction sites, he said the research had identified ‘ignorance, disregarding and lack of equipment’ as the main behavioural causes that had led to fatalities and serious injuries at work.

Alan said: ‘This type of data is something that credible investors will examine very carefully in their due diligence processes as they look to ensure good governance principles, including good human capital management are respected and implemented by the business they invest in.’

Building on the success of IOSH’s first West Africa Conference in Lagos, Nigeria in January 2020, this year’s event, which was held virtually on 16-17 September, took the theme ‘A brighter, safer future’.

With speakers representing the OSH profession, government bodies, the private sector, academia and international NGOs such as the UN Global Compact and the World Health Organization (WHO), conference speakers made the case that long-term profitability was only possible if businesses invested in sustainable work practices that protected and nurtured their workers.

In a session on the first day that focused on worker engagement in the construction industry, John Afamgbe, Corporate HSE Trainer at Julius Berger Nigeria, said that leadership was the most important factor in driving improvements in OSH standards.

Managers, he argued, had a number of tools at their disposal to encourage employee engagement, helping to identify risks and foster a culture of prevention. These included toolbox talks; suggestion boxes where opinions could be aired anonymously; making health and safety the top agenda in team meetings; and reviewing incidents during training sessions.

Dr John Ugbebor, Associate Professor of Environment and Safety at the University of Port Harcourt in Nigeria, concurred that leadership was critical to effective safety management. While acknowledging that incident reviews were important, he said workers also needed proper training as this would enable them to identify hazards and risks on construction sites.

Julius Akpong, HSE manager at Globeq Power Solutions Nigeria, told delegates that there was no legal requirement to provide OSH training in Nigeria. However, businesses that had implemented training effectively had seen a significant improvement in their incident statistics.

‘When they talk about safety [and] their leading indicators for a particular safety year, you [can] see how the training [of the] different aspects reduced or prevented accidents that happened in the previous year. It is measurable,’ he said.

He agreed that training was critical but added that managers also needed to follow up and check how effective the training had been when applied on the frontline. He also highlighted the importance of mentorships schemes to improve OSH standards.

A WHO session on the second day that explored health and safety in the healthcare sector provided a platform for speakers from Ghana, Togo and the Gambia to discuss their contrasting experiences in developing and implementing programmes to protect their health and care workers.

Setting the scene, Cynthia Davis from the WHO Regional Office for Africa, provided a brief overview of the body’s international campaigns and initiatives.

Aligned with its decision to designate 2021 as the International Year of Health and Care Workers in recognition of the workforce’s fight against the COVID-19 pandemic, the WHO is launching a year-long campaign under the theme ‘Protect. Invest. Together’, which ‘highlights the urgent need to invest in health workers for shared dividends in health, jobs, economic opportunity and equity’.

Cynthia underlined the importance of this workforce and how integral it was to patient safety by stressing how occupational burnout was a major cause of medical errors. Occupational physician Dr Silvere Kevi, head of occupational medicine and sports section at Togo’s Ministry of Health, revealed how the country’s programme had come about after a number of health care workers had been infected during the Ebola epidemic.

Closing the session, Baba Aye, health and social services officer at Public Services International, a global union federation, said it was critical that health and care workers were actively involved in the formulation and the implementation of health and safety programmes for the sector.

‘This should be standard but it is virtually absent in most of our health facilities across the region,’ he said.

‘Where you have the involvement of health workers, more often than not, it tends to be tokenistic rather than bipartite.’

The growing influence of women in the West African OSH community was the focus of an afternoon session which discussed how the profession could actively promote leadership and diversity. IOSH President Elect

IOSH president-elect Louise Hosking, who co-chaired the session, said that greater diversity, equality and representation in the workplace wasn’t just the morally right thing to do, but it also made smart business sense as it made organisations more sustainable. She called on the West Africa OSH profession to create ‘a clear pipeline for success as this will enable women to succeed where this is their ambition’.

Busola Alofe, CEO at CIPM, pointed out that many of the region’s OSH jobs were in high-risk industries like oil and gas, which have traditionally attracted male workers. She acknowledged how a large proportion of female talent was coming into the pipeline at graduate entry point but warned that ‘as they get to child bearing age, we start to see that proportion of women to men thin out.’

‘If we don’t have a rich enough population in the pipeline, it’s going to be difficult to get a large enough proportion at the top in leadership positions,’ she added.

As well as challenging traditional perceptions about male and female professions and ‘starting from the cradle’ by encouraging girls in primary school to explore OSH as a potential career, she argued that women needed to be given the confidence to study subjects that led to senior positions in industries dominated by men.

‘There is a strong business case to pull through high performing women from the entry level into the middle of the pipeline and into leadership positions, so strong sponsorship actions help.’

Cynthia Ozobu, practitioner at Dangote Industries, concurred that introducing OSH at an early age was critical. She said that there was a common misperception held by many women that the profession was only open to men.

‘We have to look at how we can incorporate OSH knowledge and education in the curriculum in primary school,’ she said.

Describing diversity as the ‘binding glue of life’, Florence Anyane, HSE manager at Cummins Ghana, underlined the importance of continuous professional development once women had entered the OSH profession.

She said: ‘If you don’t try to further your education, attend seminars and conferences, how do you solve problems when they hit you?’

Returning to a common conference theme, Alofe said that she always saw people as human capital that could and should be invested in to generate and create value.

Her rallying cry to fellow female OSH professions: ‘Women on this call. You are human capital. Just go and get it. Nothing stops us.’