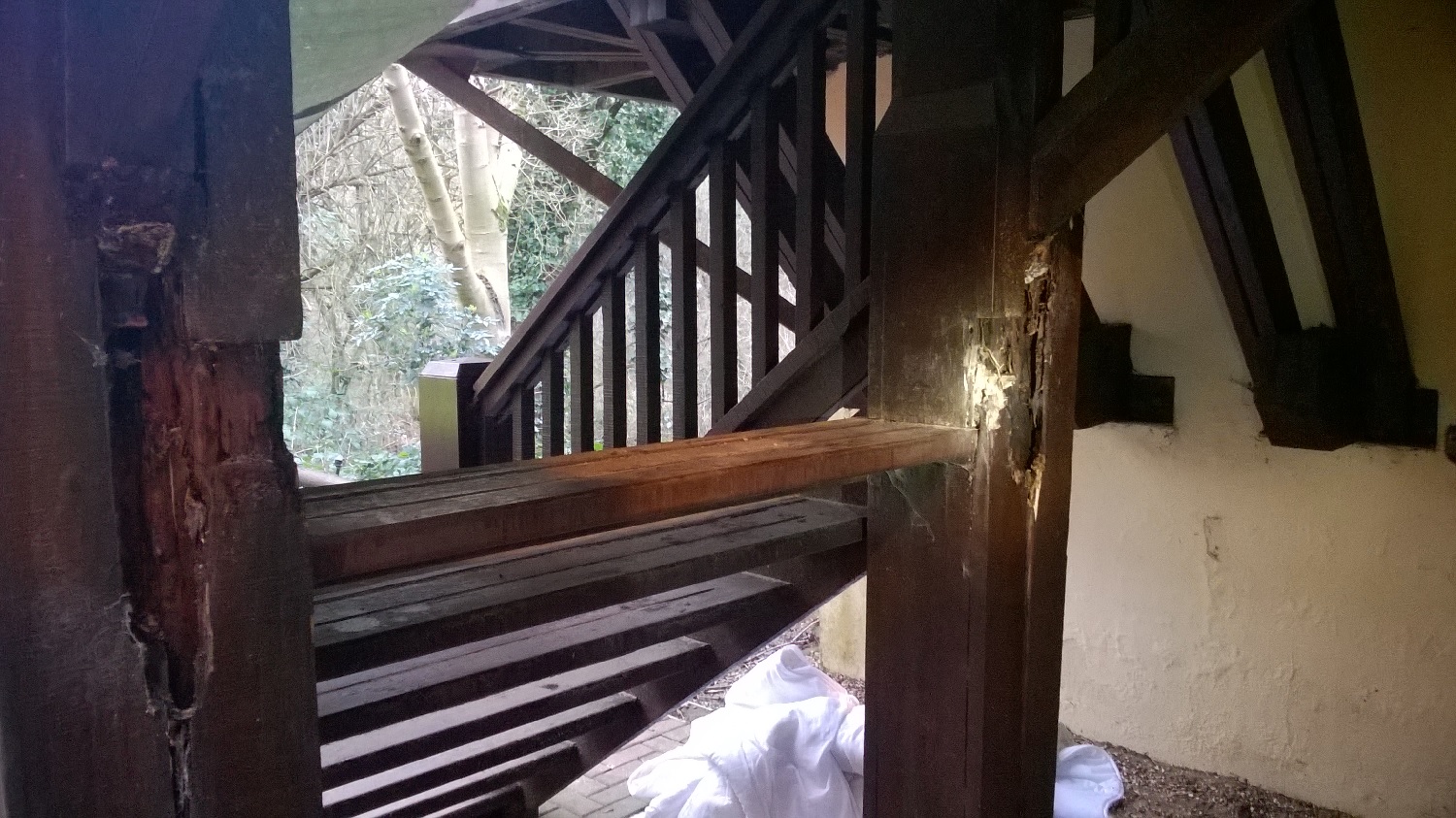 The owners and operators of the Holiday Inn Hotel in Hemel Hempstead have been ordered to pay almost £160,000 after the wooden staircase that a wedding party was standing on for a group photograph collapsed beneath them.

The incident occurred in 2017 during a wedding that was being held at the Holiday Inn Hotel in Breakspear Way, Hemel Hempstead, in south east England. Guests of the couple were told to assemble on exterior wooden stairs for photographs when the upper flight of stairs collapsed. Ten people and part of the stairs fell onto the hard courtyard below. Seven people required hospital treatment, with two suffering long-term injuries.

Although the stairs were regularly used, including for wedding photos, they had not been properly maintained, and the timber – particularly the posts holding up the stairs – had become very decayed.

Upon examination by investigators and timber experts, the staircase and adjoining large wooden balcony area were found to be rotten in many places, with parts inappropriately filled with foam filler or with solid filler that had been painted over. Fingers or ballpoint pens could readily be poked into or through the wood in places, and there was a danger of the structure collapsing.

Those penalties were arrived at despite the court reducing them to reflect the impact of Covid on hospitality companies’ finances and to allow for the defendants’ previous good characters and early guilty pleas.

Counsellor Julie Banks, portfolio holder for community and regulatory services at Decorum Borough Council, said: ‘I consider the safety of local residents and visitors to be an imperative. We will vigorously investigate and take appropriate enforcement action where serious safety failings lead to serious injuries or deaths.

‘All those involved in running businesses and operations should understand that they may face prosecution for their part in such failings, as the two companies did here, facing substantial penalties despite the allowance rightly made for the impact of Covid on hotel businesses in recent times.’

Dacorum Borough Council’s food, health and safety lead officer, Rebecca Connolly, who investigated the incident, said: ‘Those who operate premises which they charge the public to use are required by law to put in place adequate arrangements to monitor the state of those premises and to ensure necessary repair or replacement work is identified and done.

‘External timber structures are notoriously subject to decay and regular and rigorous checks on them need to be conducted by persons competent to do those checks.’

In 2017, a family attending a wedding were seriously injured when the lift they were in fell four floors and hit the end of the shaft. Read the story here.