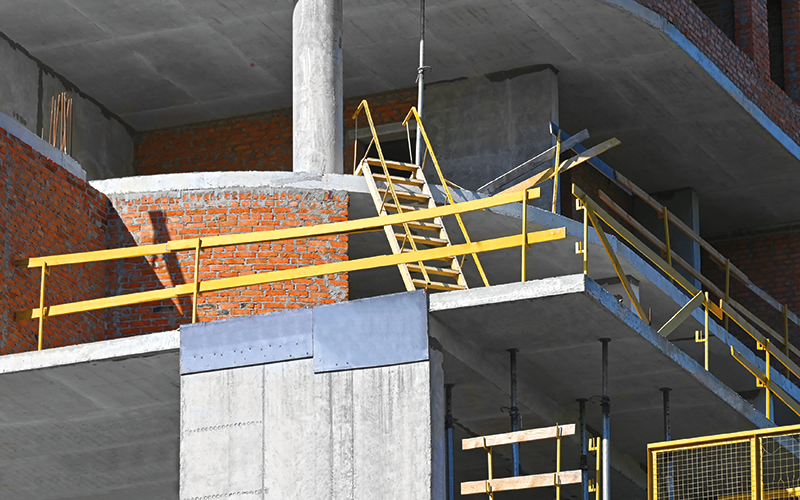 A labourer working at mezzanine level suffered skull fractures and a brain injury because of the negligence of his employers.

The labourer was working on a project on the mezzanine of a factory premises when he was injured.

There were three defendants: the builder who planned the work (first defendant); the labourer’s employer, who was subcontracted to work on the project (second); and the company that hired the builder (third).

There was a guardrail around the edge of the section of mezzanine where work was to take place. A second section had an unguarded edge, with a barrier rail to prevent access to it.

The project included a plan to install guardrails around this section so it could be used as storage space. The first defendant planned the work before subcontracting the second defendant and his employee (the claimant) to help. As part of the work, they lifted wooden boards up to stack on the unguarded section.

The claimant and his employer then began to work on the unguarded section and removed the barrier rail to enable them to transfer the boards to the construction area. The claimant was supporting a number of boards when the weight forced him back, causing him to fall from the unguarded edge onto a concrete floor. He sustained skull fractures and a brain injury.

The judge considered each defendant’s liability separately. The first defendant owed the claimant a duty of care, as they should have planned the work safely and minimised risk of injury. The decision to work on an unguarded section created an obvious risk.

The second defendant, the claimant’s employer, also owed him a duty of care and should have provided a safe place and system of work. Neither the first nor second defendant had addressed the risk from working on the unguarded section.

The judge ruled that they had both breached their duty of care and found them to be negligent.

When it came to the third defendant, the claimant argued that the danger occurred because the section he was working on did not have a guardrail.

This static condition of the third defendant’s premises had created the danger, and they had a duty under the Occupiers’ Liability Act 1957. The judge ruled that the danger had arisen because of the first and second defendants’ decision to work on the unguarded section. The third defendant was unaware that the barrier rail had been removed, or that the men were working on the unguarded area with an unsafe system of work.

The third defendant had no knowledge of construction work and had employed the other defendants as skilled workmen, believing they would adopt a safe system of work.

The judge ruled that in these circumstances the third defendant had not breached their common duty of care and so bore no liability.

The defendants brought forward an argument of contributory negligence on behalf of the claimant. This was dismissed by the judge, who ruled that the claimant was acting under their direction.

In determining apportionment of liability, the judge concluded that the failings of the first and second defendants made them equally responsible, so split the liability 50/50.

This article has been provided by Cedrec Information Systems.