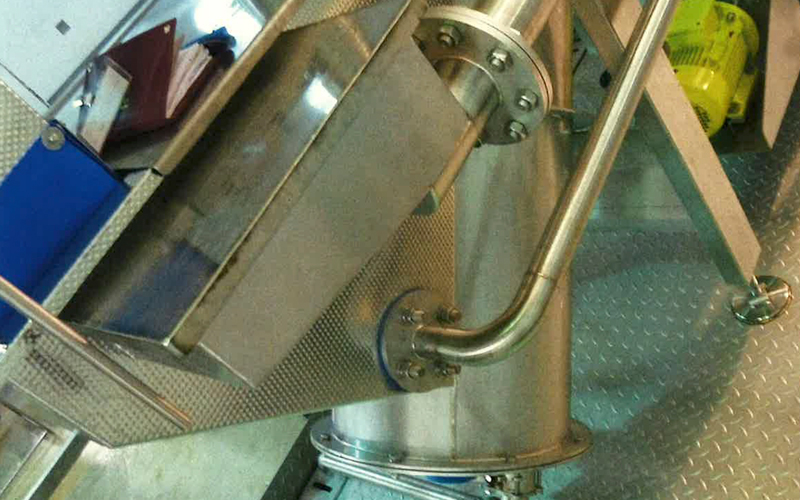 Images courtesy of the Health and Safety Executive

Food manufacturing company AH Worth was recently fined £300,000 for exposing workers to sulphur dioxide gas, causing life-changing injuries. We spoke to Health and Safety Executive (HSE) inspector Martin Giles about the litany of mistakes that led to the incident.

Last month at Lincoln Magistrates’ Court, food manufacturing company AH Worth Ltd pleaded guilty to breaching section 2(1) of the Health and Safety at Work Act. It was fined £300,000 and ordered to pay costs of £9924.

The case concerned an incident in 2018, when workers of AH Worth – then known as QV Foods Ltd – were exposed to sulphur dioxide gas following the installation of a new potato processing line. While the significant fine gives some indication to the severity of the event, the headline facts fail to convey the full extent of the poor decisions and poor planning that led to two previously healthy workers suffering life-changing injuries.

It was, quite frankly, a catalogue of errors. But it also acts as an example of what happens when health and safety considerations are ignored or forgotten.

In this exclusive interview, health and safety inspector Martin Giles – who investigated the incident for HSE – explains the series of moments where wrong choices were made and problems were magnified rather than rectified.

‘This is probably one of the more complicated cases that I’ve dealt with,’ Martin says. ‘This involved a large and well-established food processing factory that had an existing potato processing line, which peeled potatoes and cut them. The company – QV Foods Ltd, now AH Worth Ltd – decided that it would invest in a new machine. They put that out to tender and accepted a quote that would cost £1.5 million.

‘The company made various decisions early on in the process of installing this new line that would have implications later on. The main issue was that, rather than stopping the whole factory and having everybody out when the new line was put in – and then training staff up when it was all ready – QV kept production going in the same building at the same time as the dismantling of the old line and the installation and commissioning of the new one.

‘The CDM regulations cover project planning and place duties on the client to set out the ground rules for how a project is going to run, and who is going to be responsible for different aspects of it. QV failed at that point to assert and agree exactly what they were going to get and who was going to be responsible for which aspects of it, particularly when it came to commissioning. Therefore CDM wasn’t followed and key appointments weren’t made.’

Part of the function of the processing line isn’t just to peel and cut potatoes, it also has to expose them to a preservative so that cut potatoes don’t brown. To give its products a longer shelf-life, QV Foods’ existing line used a product called Microsoak, which has the active ingredient sodium bisulphite.

‘The new line was installed and the company that installed it tested it using water, not Microsoak. They then handed it over to QV. Because they hadn’t clearly defined who would be responsible for commissioning, QV accepted the line as it was and started to commission the Microsoak system themselves, testing its function and the shelf life of the cut potatoes,’ he adds.

‘What they should have done is set out a clearly-agreed commissioning regime, and a clearly risk-assessed and COSHH-assessed regime that took them from having a finished line that had been tested with water, to a line that had been tested with all the active compounds that might be dangerous to workers. No COSHH-assessment was done and only limited training was given to the maintenance staff and the people working on the new line.’

‘There were various mistakes made but the biggest mistake was that the new machine had spray bars on it. The potatoes would be deposited into a large tank to allow the Microsoak to do its job, and then they would go off via an auger for drying and weighing. But in order to keep the system circulating, it had spray bars that would spray the potatoes as they moved up the auger from the tank. The excess liquid from the spray bars would drop down to be collected and go around in the system to spray again on other potatoes,’ Martin says.

‘However, the safety data sheet for Microsoak says not to use it in spray form, so the machine should have just had a dip tank.'

When the problem of sulphur dioxide release into the air started, QV went back to old knowledge and decided to change the pipework so it would return excess liquid below the level of the water, rather than dropping on top. To do this, the company removed a mesh screen – effectively a filter that took out all the little bits of potato peeling. That led to significant amounts of potato bits building up in the circulating water and that started to block nozzles. As production continued the blockages became more frequent.

‘QV basically modified the system without understanding what it was doing, and in doing the modifications, made it worse. The nozzles repeatedly clogged and there wasn’t a safe system for cleaning them,’ Martin says.

‘An engineer would be called out and, after making the system mechanically safe, he would poke the nozzles with a bit of bent wire until they were unclogged and the system could run again. All the time he was standing there, he was breathing in the sulphur dioxide gas that was being given off, plus he was being splashed by the liquid. The engineers were not given any additional PPE to assist them to do this task safely and there was not a safe system of work in place for the unblocking – that could have been as simple as draining the system and refilling just with water to allow the nozzles to be unblocked safely.’

‘On Thursday, 7 June, an engineer was called to unblock nozzles – he became quite ill, but went home over the weekend and felt better. On Monday the same engineer was called back because the nozzles were still blocking. He spent 40 minutes trying to free the blocked nozzles, but at the end of it he was left gasping and feeling very unwell. At the same time, the sulphur dioxide levels had built up in the factory and another worker nearby was also badly affected. Then the fire brigade was called and the factory was evacuated,’ explains Martin.

The engineer was so badly affected that he never returned to work. Despite being a fit man before this incident, afterwards he continued to require medication to keep his airways open. Tragically, he caught and died from Covid in 2020 during the first lockdown. The other worker who was badly affected was off work for several months; he is slowly returning to work, but for a different employer and now doing less physically intensive work than he did before. A number of other people who were affected to a lesser extent during the incident have improved and returned to work.

‘When QV started having problems, rather than stopping, thinking and getting expert advisors in to advise them, they just carried on tinkering to try to make it work. When you consider this new machine was a serious investment – £1.5 million – that approach is hard to understand,’ says Martin.

‘This was a tragic and wholly avoidable incident, caused by the failure of the company to plan properly for the introduction of new plant and equipment. It made alterations to the new plant without adequate thought and planning. It failed to implement safe systems of work. And it failed to react adequately when things started to go wrong. I think the court took all that into consideration and reflected it in the significant fine.’ 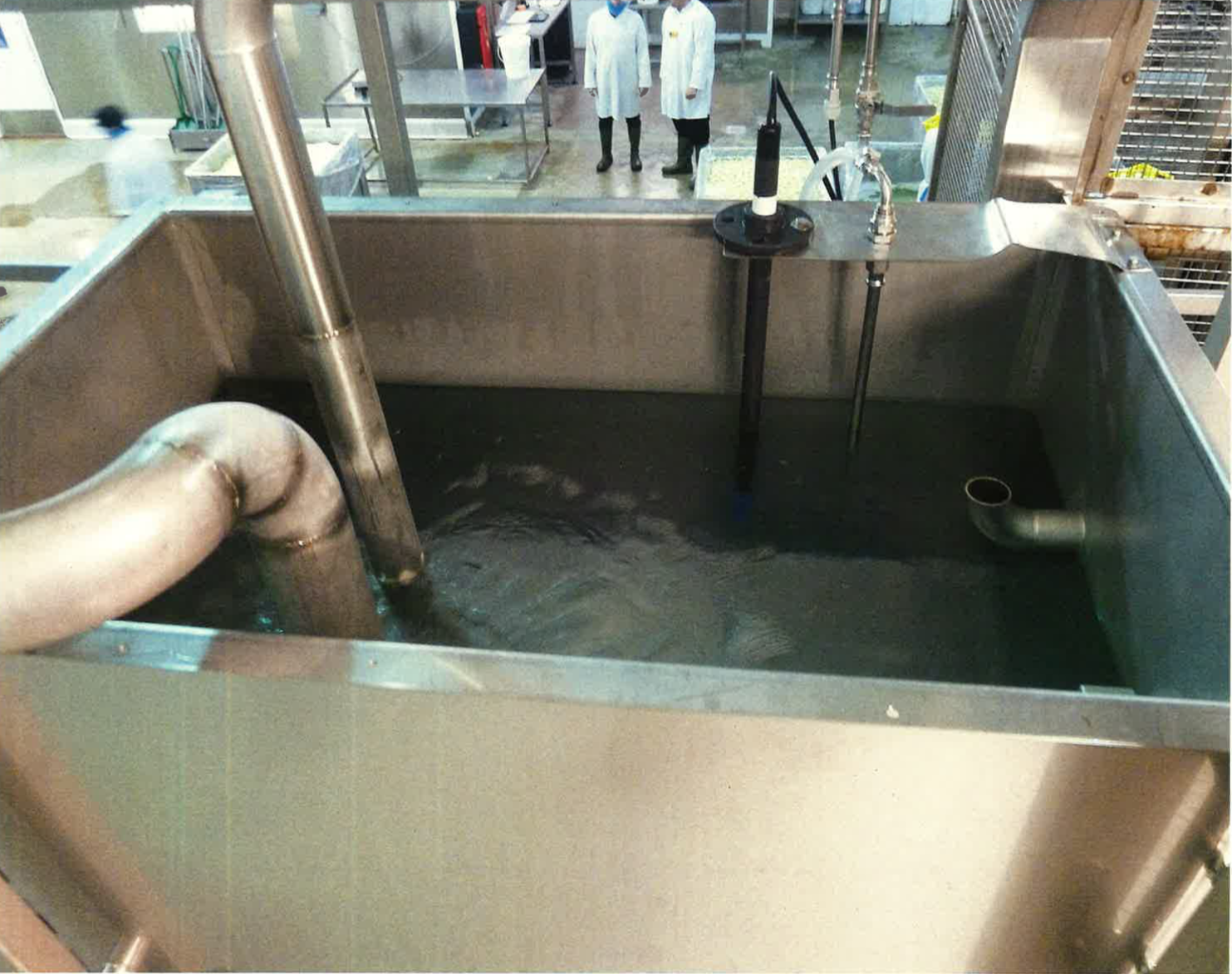 The mixing tank where water and microsoak were mixed together before being pumped into the nozzles and the potato dipping tank. You can see that the silver pipes in the photo have been extended below the water level. These were the modifications that were made when the problem first started in early June 2018. 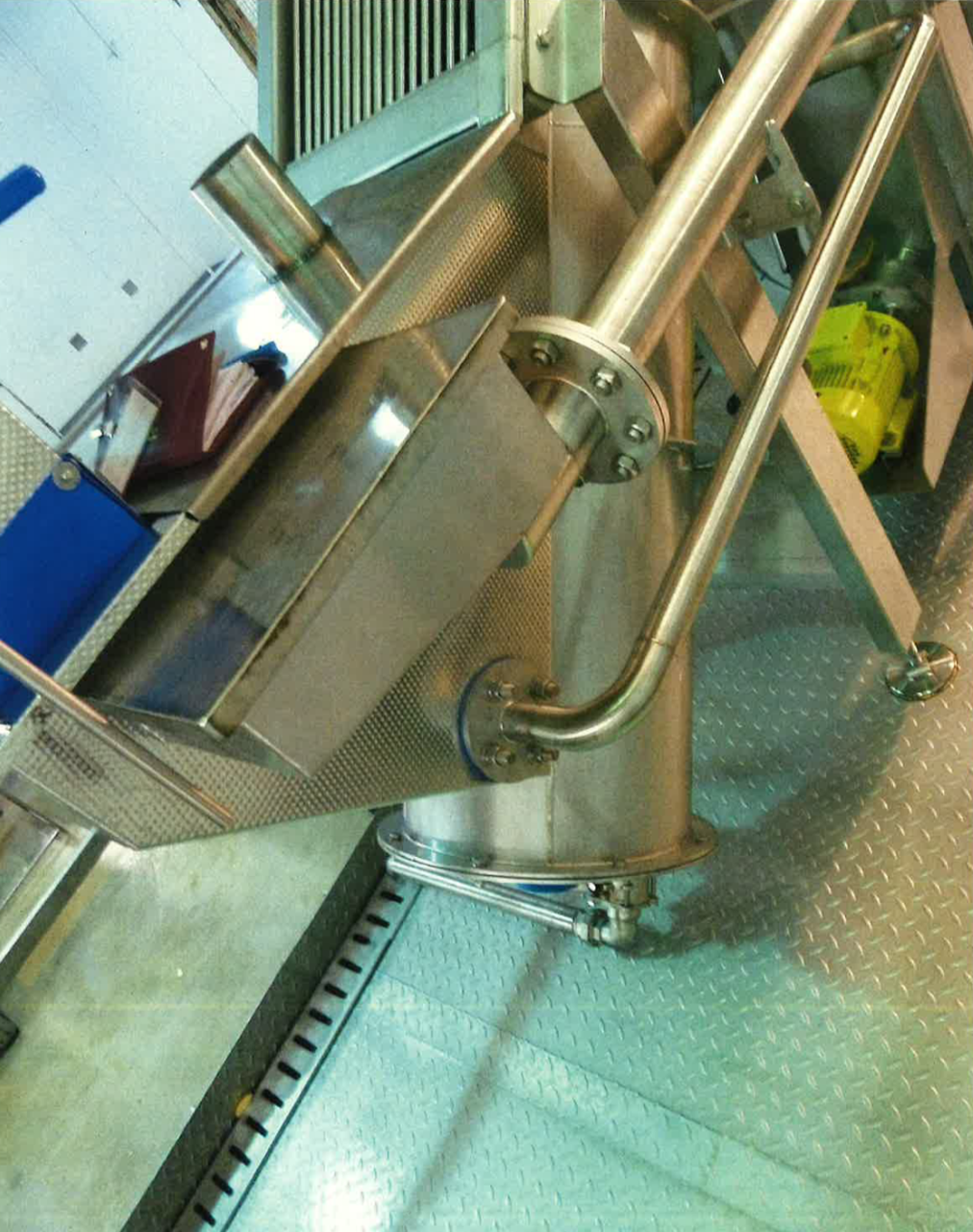 The tank where the potatoes were dipped in the microsoak solution and you can see the bottom of the auger that takes the potatoes to be dried and weighed. 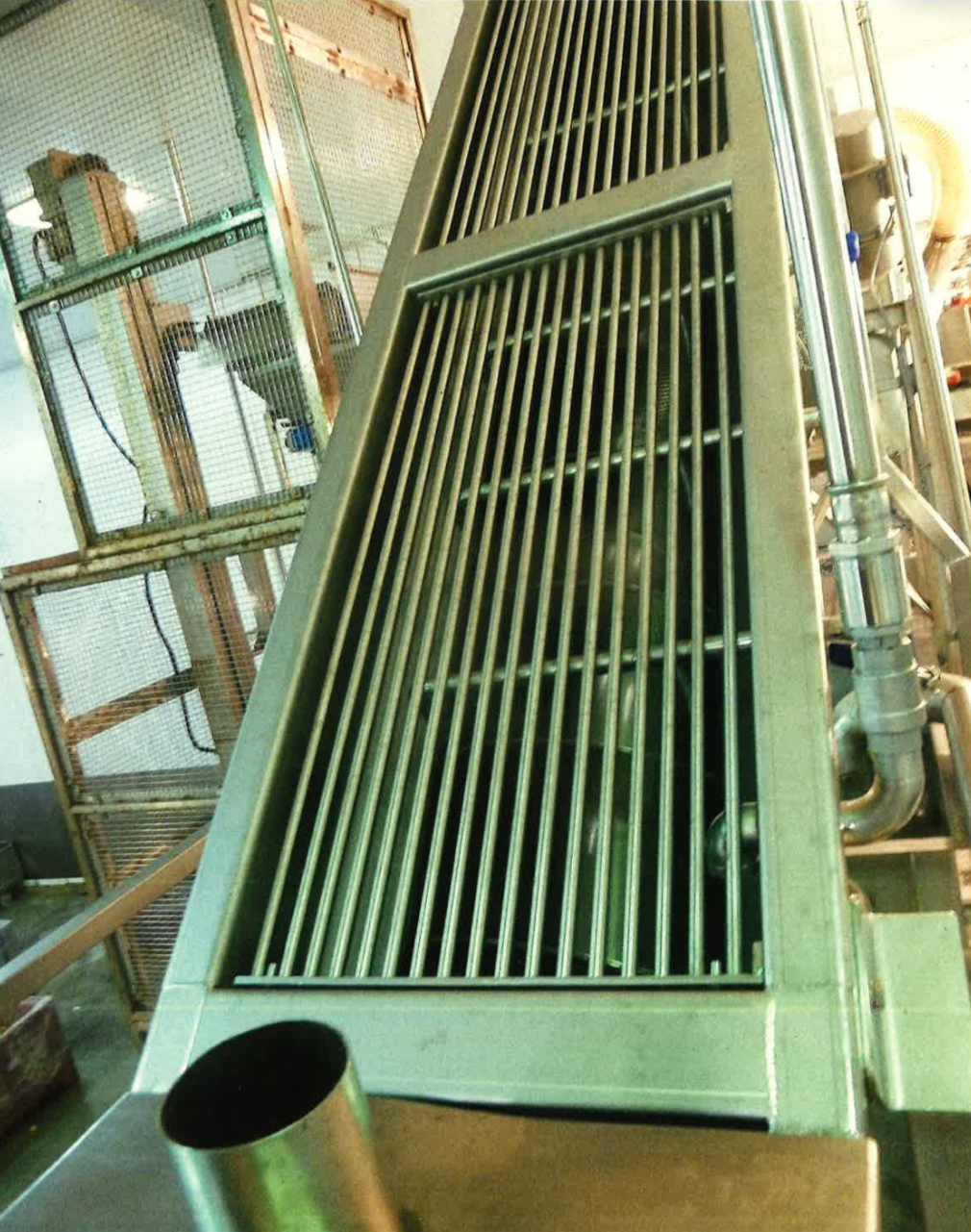 The augur body, behind the guard bars. This is where the nozzles were that sprayed liquid. When the nozzles blocked the engineer stopped the augur and the liquid pumps. He removed the guard over the augur and addressed the nozzles that are back there with a piece of wire. With the first print of the photo you could see the nozzles, but copying has hidden them. 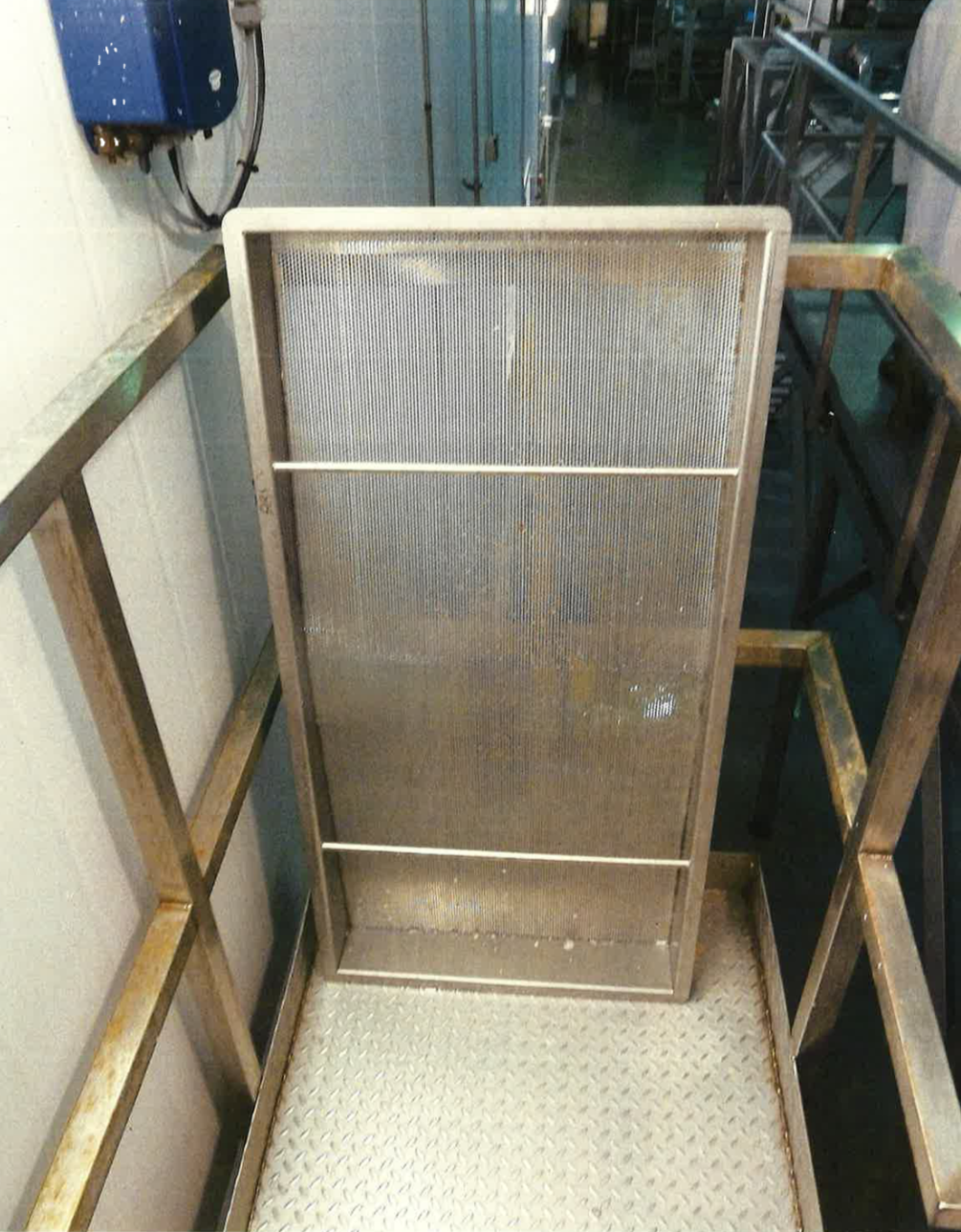 The mesh screen that used to sit on the mixing tank in the first photo. This had to be removed to extend the pipes; however this action eliminated the screen that removed the potato debris from the system.

This case has raised a number of issues but for IOSH members and health and safety professionals generally, Martin says there are two key lessons to take on board.

‘The first thing is, when you’re buying new plant and equipment, you need to think about the contract in terms of who is providing it and what everybody involved in the process of installation is responsible for. You can go the turnkey route and ask an outside company to do all aspects, or you can sort it all in-house, or you can do a hybrid of the two. But you need to be sure exactly who is responsible for doing which parts of the project before you start, rather than scratching your head and trying to work out why something hasn’t been done as expected later on.

‘Secondly, before you start a new line, even if it’s similar to the previous line, you need to do proper risk and COSHH assessments. Think about what could go wrong and have clear contingencies so that if certain predefined things happen, you stop the line, make it safe and re-evaluate. Don’t tinker trying to make something work – stop, re-evaluate and do it properly.’