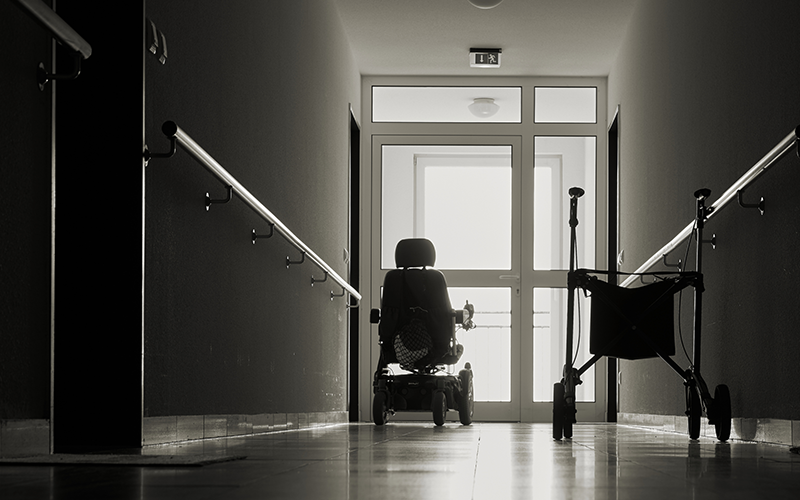 A care company that provides housing support services for vulnerable adults and children has been fined £20,000 after a resident raped an employee.

Edinburgh Sheriff Court heard that on 27 December 2018, at a domestic property in Edinburgh, a young female employee of the Action Group visited a male adult service user who had additional support needs. During the course of the visit, the Action Group employee was abducted, assaulted, sexually assaulted and raped.

An investigation by the Health and Safety Executive (HSE) found that the Action Group failed to make a suitable and sufficient assessment of the risks to the health, safety and welfare of their female employees posed by this specific service user. The HSE also found a history indicating that female employees had been raising concerns about their safety with this particular resident since March 1994.

After the hearing, HSE inspector Kerry Cringan said: 'This was a harrowing case for all involved and could have been avoided by carrying a suitable assessment of the risks, particularly those posed to female members of staff. Had the behaviours of the service user been addressed, appropriate control measures and safe working practices could have been adopted to reduce the risk to all staff.

'Companies should be aware that the HSE will not hesitate to take appropriate enforcement action against those that fall below the required standards.'

This case is only the latest example of assaults on care providers and social workers. In 2017, Brent Council was fined £100,000 after two of its social workers were assaulted on a home visit by the mother of a vulnerable child they were visiting.

'Had the behaviours of the service user been addressed, appropriate control measures and safe working practices could have been adopted to reduce the risk to all staff'

HSE investigators found that the local authority had failed to follow its corporate lone working policy or violence and aggression guidance. No risk assessment was completed and staff were not trained accordingly.

According to an investigation by Community Care, nine out of 10 social workers have suffered abuse, assaults and threats with a lack of recognition, training and policies among employers to deal with the problem.

An online survey of more than 100 social workers and managers revealed a third had been physically assaulted and 90% had been verbally abused while on duty, while in the past year, 80% of practitioners had experienced more than one abusive incident.

Community Care said its findings support Unison’s claim that violence against people working in social care in the UK has reached 'chronic' levels.

In addition to this, a 2020 report from the HSE shows that a significantly high number of health and social workers suffer from stress, depression or anxiety. The main psychosocial risks reported related to difficult customers (85%) and time pressure (49%).

Under the Health and Safety at Work Act, employers have a legal duty to assess risks in the workplace, including those arising from violence at work, and to take reasonable action to prevent and minimise the risks wherever practicable.

Reasonable actions are likely to include: consulting with staff and safety representatives to developing suitable policies dealing with aggression and violence at work, and adopting specific measures to protect the welfare of lone workers.

The HSE has published guidance for employers to manage work-related violence as well as specific guidance for protecting lone workers from violence, and violence in health and social care.

There are grey areas in legislation for lone workers. Listen to our podcast interview with StaySafe CEO Don Cameron here.