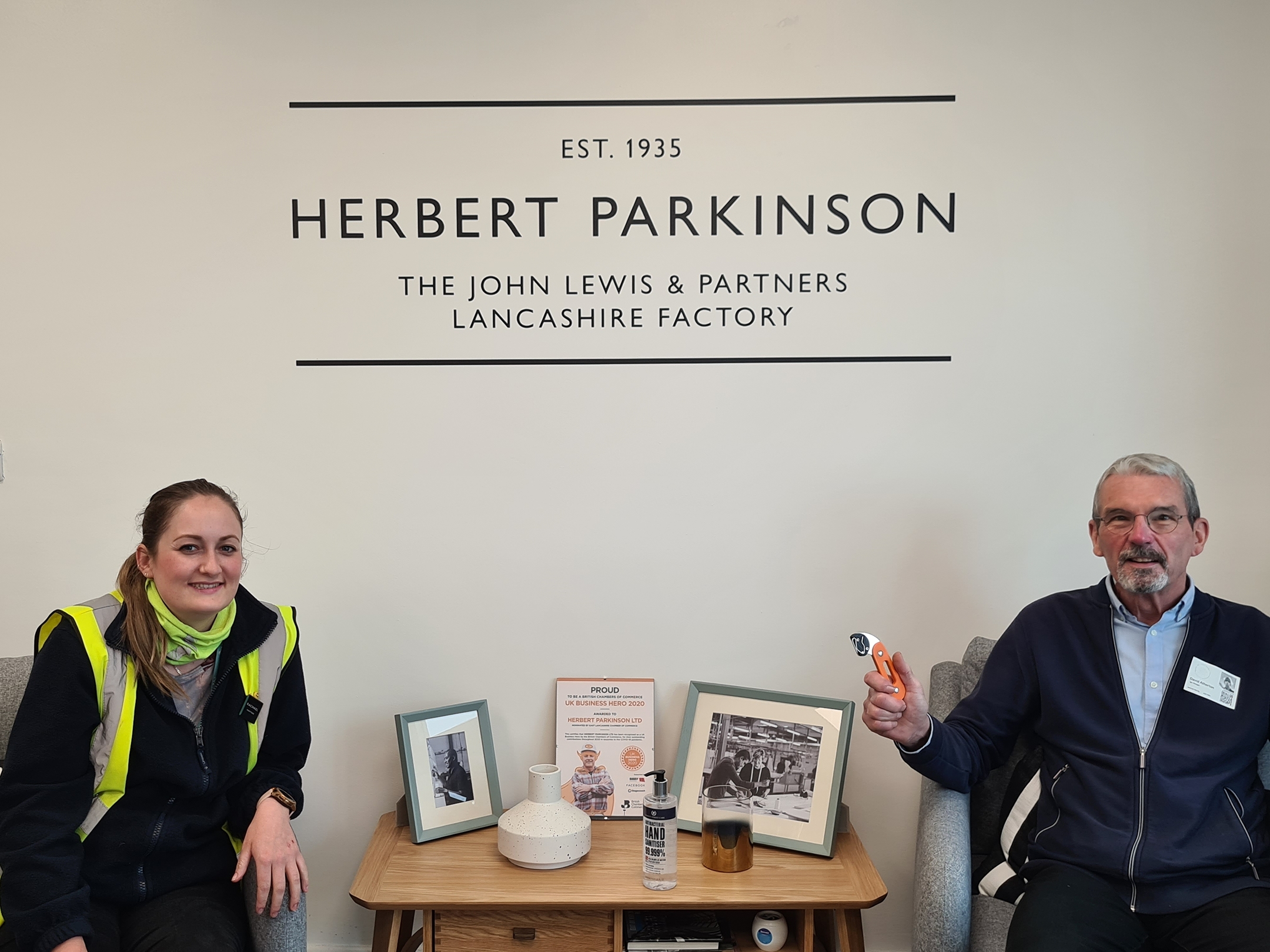 When a couple of partners at a textiles factory in Lancashire approached branch safety advisor Rachael Murray TechIOSH (pictured above) to explain that inserting hundreds of metal pin hooks into curtain headers by hand each week was causing pain in their fingers, she was determined to do something about it.

Rachael approached management, but even though the factory has a strong safety ethos and a culture of reporting, they believed it was an insoluble problem.

Rachael decided to accept the challenge. 'The team members themselves were sceptical that anything could be done, but I just asked them to give me time,' she says.

'The work is mostly low risk, but nevertheless the branch management is clear that health and safety comes first. If it’s not safe, it doesn’t happen'

Fast forward a few months, and with the help of some IOSH networking, engineering expertise and a 3D printer, the team had a tool that completely eliminated the need to insert the hooks using their fingers.

In June 2021, the tool earned Herbert Parkinson the HSE’s Risk Reduction Through Design Award, which is jointly sponsored by the Chartered Institute of Ergonomics and Human Factors and recognises design innovation that reduces the risk of employees developing musculoskeletal disorders.

As the only manufacturing branch within the John Lewis Partnership, Herbert Parkinson is unique, explains Rachael, who is now regional safety advisor for the North and North Midlands.

'The work is mostly low risk, but nevertheless the branch management is clear that health and safety comes first. If it’s not safe, it doesn’t happen.'

There are only a few partners in the packaging and inspection team responsible for inserting the metal pin hooks and, prior to the development of the tool, they were inserting up to 200 hooks a day. The metal pins were difficult to grip and the repetitive upper limb work caused considerable pain in their fingers and hands, especially with thicker fabrics because of the force required to push the hooks through.

Rachael is on the IOSH committee for the East Lancashire district, and so the first thing she did was get in touch with a friend from the committee.

'I knew lots of the members of the committee had engineering backgrounds, so early in 2020 I approached them for help and they put me in touch with a retired engineer called David Atherton (pictured above), a one-man band who has his own workshop. I rang him, outlined the problem, and said "Can you help?"' 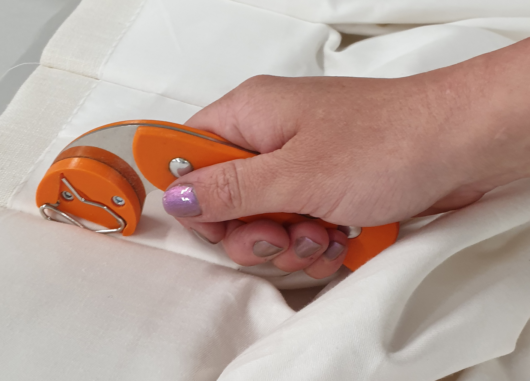 David took some of the metal hooks away with him and, using a towel as a suitably thick material to experiment with, went about designing a tool to reduce the strain placed on the hands and fingers. Four weeks later, he had a prototype.

'The tool was made of plywood and metal and David asked us just to play with it and see what we thought.'

Initially the factory closed in the first lockdown in March 2020, before reopening to make gowns for healthcare workers. After the lockdown ended and the factory resumed its normal activities, Rachael gave the team the tool and asked them to try it out for four to six weeks.

'They took it away and started using it, and they all loved it!' says Rachael. 'They got used to it really quickly. They had been in such a great deal of discomfort, so they were really happy and were unanimous in wanting to have it produced. So we had it 3D-printed in left- and right-hand versions, and we haven’t looked back.'

The tool works by providing leverage so the hooks slide in more easily. It fits comfortably in the hand and eliminates the need for partners to use their fingers to manipulate the hooks. It also contains small magnets to hold the hooks in place.

For Rachael, the process of developing the tool confirms the importance of listening to employees.

'The team did this themselves,' she stresses. 'They came to me with the problem, they explained the difficulties, and they trialled the tool. They were also involved in the award, taking part in a video to demonstrate the tool and describe how it has helped them.

'We sometimes have agency workers in the factory at peak times and they also use the tool, which is really nice to see.'

The tool has completely eliminated the soreness and pain the employees had been experiencing. More broadly, the process of developing it has helped form constructive new relationships.

'While I now have a regional role and am not based at Herbert Parkinson, the factory has an ongoing relationship with David. They’re already collaborating on another project, this time to help with gathering the tops of pinch-pleated curtains to achieve the correct width, which is currently done by hand. David is looking to develop a clamp and cleat device, but it’s still at prototype stage at the moment.'

The legacy of the hook tool is not, then, just eliminating the pain of performing a repetitive task – as important as that was. The process has also created a willingness to think openly and positively about how design can help solve seemingly intractable problems and protect worker’s health and wellbeing.

John Lewis was among the first signatories of the new global OSH accord for clothing. Read more.