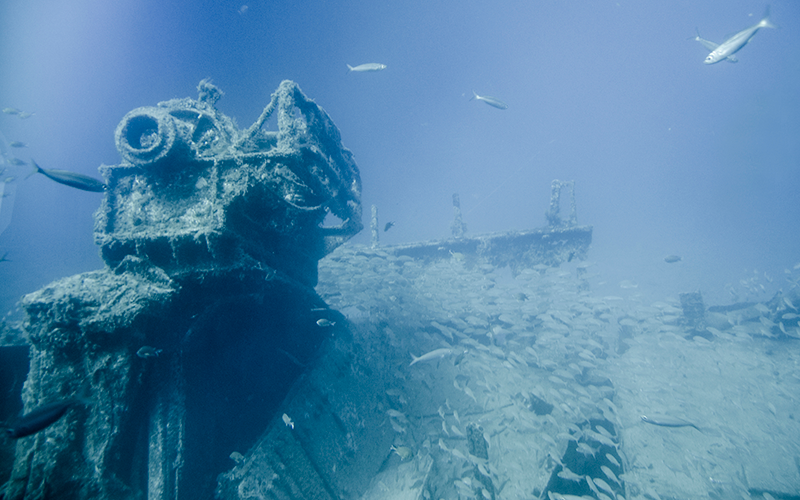 A diving instructor has been fined after a trainee died during a dive assessment while searching a submarine wreck in Scotland.

The men were taking part in closed-circuit rebreather diving, which is more technical than scuba diving and enables divers to dive to greater depths.

Edinburgh Sheriff Court was told that the students had not completed all of the online course pre-requisites. Ashley Roberts decided the diving session would be 'a free and fun dive', rather than a training dive. He said he would assess the students’ abilities in water and provide feedback to them prior to enrolling them on the course and starting the training the following day.

Mr Roberts determined that they would complete an assessment dive to a maximum depth of 45 metres to assess their competency.

After entering the water, they descended a shotline slowly to 13 metres, when Mr Roberts’ friend disappeared from view.

'Competency is a combination of skills, knowledge and experience, it is a recognised fact that many previously learned diver skills can fade over time if not routinely or recently practiced'

Mr Roberts travelled back up the line to the surface to check on his friend to find he had abandoned the dive as his dry suit was leaking water.  When Mr Roberts returned down the line to a depth of 13 metres, the two students were out of sight, having continued to the seabed.

Mr Roberts travelled down the line, but couldn’t locate them.  Once they had reached the seabed, they encountered difficulties and Mr Peace became unresponsive.  His dive buddy made several attempts to rescue Mr Peace, but was forced to return to the surface for his own safety.

Mr Peace’s body was later recovered by police divers using a sonar search.  Health and Safety Executive (HSE)  investigators found that Ashley Roberts did not conduct a suitable assessment of the competence of the pupils prior to commencement of the dive.

Although an assessment dive was carried out it was not sufficient to measure the capability of the divers and should have been carried out at a depth much shallower than 45m.

There was also a failure to verify the number of rebreather hours Mr Peace had completed during his previous dives or to check each diver’s rescue ability. The men should have been under the supervision of an instructor at all times and particularly during an assessment.

Ashley Roberts, of Huddersfield, West Yorkshire, pleaded guilty to breaching section 3(1) and section 37(1) of the Health and Safety at Work Act. He was fined £2,300.

‘This was a highly traumatic incident for all involved and a tragedy for William Peace and his family,’ said HSE specialist diving inspector Alister Wallbank.

‘Mr Roberts was responsible for the appropriate level of assessment, instruction and supervision. The conduct of Mr Roberts undertaking at the pre-dive and assessment stages exposed William Peace and his co-pupil to increased risks to their health and safety than might otherwise have been the case.

‘Diving is inherently risky and particularly more so when divers are undergoing training and assessment. There are many potential risks and it is ultimately the responsibility of the diving instructor to manage these risks when supervising, training or assessing in what are often dynamic situations.’

He added: ‘Many diver training courses require an initial assessment dive in order to establish that divers can demonstrate the required pre-requisite competency before progressing to formal training and assessment of more advanced skills and techniques.

‘Competency is a combination of skills, knowledge and experience, it is a recognised fact that many previously learned diver skills can fade over time if not routinely or recently practiced.

‘It is vitally important that a diving instructor adheres to the training guidance provided by the diving federation under which they are instructing and conduct these initial assessment dives in such a way as to reduce any risks so far as is reasonably practicable.’

Last year, the Ministry of Defence was issued with a Crown Censure by the HSE following the death of a military diver who died during training after running out of air.