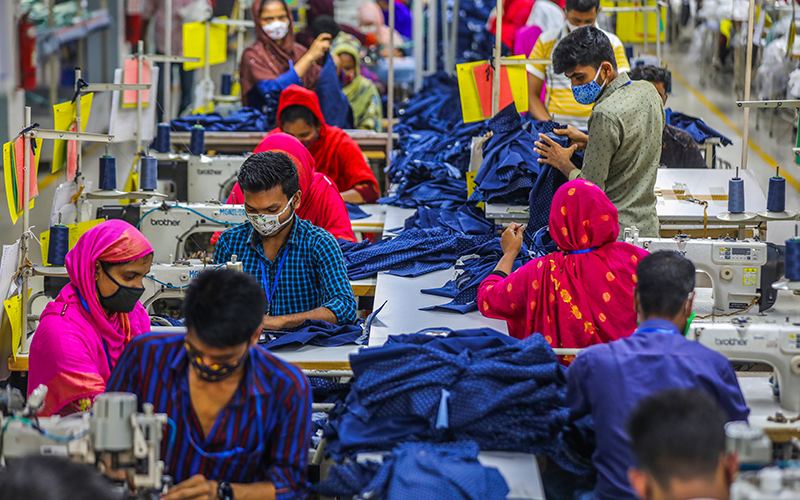 A new International Accord for Health and Safety in the Garment and Textile Industry came into force this week (1 September), with 77 globally-recognised brands already signed up.

The International Accord is a 26-month legally-binding contract that has come about following negotiations between IndustriALL Global Union, UNI Global Union, and leading textile and clothing brands who were already signatories to the Accord on Fire and Building Safety in Bangladesh.

As well as committing brands to the health and safety work already undertaken in Bangladesh – and to the expansion of country-specific health and safety programmes based on the principles of previous 2013 and 2018 Accord agreements – this new International Accord seeks to expand the provisions to other countries and has key new features, such as:

The new agreement will be implemented through the International Accord Foundation in the Netherlands.

UNI general secretary, Christy Hoffman, said: '[This] marks a significant step forward for workers in the global garment industry. In signing the International Accord, brands and retailers shore up their commitment to factory safety in Bangladesh and also agree to establishing badly-needed enforceable and transparent health and safety programmes in at least one other garment producing country.'

Valter Sanches, IndustriALL Global Union general secretary, said: 'This International Accord is an important victory towards making the textile and garment industry safe and sustainable. The agreement maintains the legally binding provision for companies and most importantly the scope has been expanded to other countries and other provisions, encompassing general health and safety.

'Now, the textile and garment companies must show their commitment and sign the renewed International Accord. We congratulate our affiliates in the sector, especially those from Bangladesh, that have campaigned for binding commitments for health and safety in the industry.'

The International Accord is a direct descendent of the Accord on Fire and Building Safety in Bangladesh, which was set up in response to the 2013 Rana Plaza factory collapse in Dhaka, where 1134 garment workers lost their lives and more than 2500 were injured. The Rana Plaza tragedy was the most shocking in a long history of clothing and textile industrial accidents in Bangladesh, which also included the Tazreen fire in 2012 that killed 117 people.

Since 2013, other initiatives to improve the health and safety of Bangladesh’s clothing and textile workers have included the Alliance for Bangladesh Worker Safety – which was later incorporated into the Accord structure as implemented by the Ready-Made Garments Sustainability Council (RSC) since 2018 – and the OHS Initiative for Workers and Community.

The OHS Initiative for Workers and Community was formed by six local non-governmental organisations, with funding from international donors, including IOSH, and ran a 20-day course to qualify 75 local garment workers as occupational safety and health trainers. These people in turn ran training programmes in health and safety for a further 6000 workers.

'No one should have their life cut short by work, so we must avoid complacency and seek to ensure that workers return home to their families fit and well. Put simply, we must ensure there is never another Rana Plaza'

Richard Jones, IOSH's former head of policy and public affairs, said at the time: 'Upskilling at grassroots level is vital and even small-scale projects can help. So, IOSH was pleased to co-fund the OHS Initiative for Workers and Community in Bangladesh.

'It's about extending risk management as far into the supply chain as organisations have control and influence. We need responsible procurement – realistic timescales and costings – and ongoing work with suppliers to raise standards.'

Speaking in 2018, on the fifth anniversary of the Rana Plaza disaster, then-President of IOSH Craig Foyle said: 'We must continue to strive for the best-possible standards of worker health and safety, no matter where in the world and no matter what the industry.

'No one should have their life cut short by work, so we must avoid complacency and seek to ensure that workers return home to their families fit and well. Put simply, we must ensure there is never another Rana Plaza.'

To read more about Bangladesh’s fashion and textile industry, read our exclusive report from the January/February edition of IOSH magazine.

See the full list of signatories to the new International Accord for Health and Safety in the Garment and Textile Industry here.