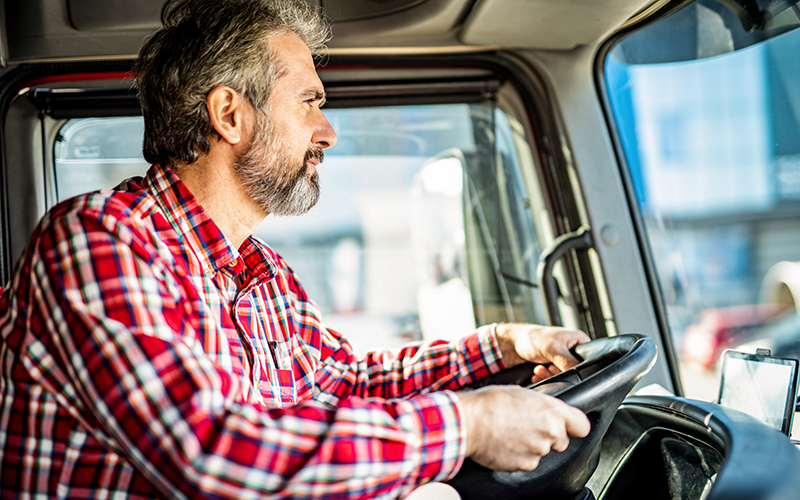 Companies who monitor the driving behaviour of staff may be able to contribute to their employee’s long-term health and wellbeing by spotting early signs of Alzheimer’s disease, a new study has revealed.

With the aim of finding out if changes in driving habits are an accurate indication of very early or ‘preclinical’ Alzheimer’s disease, a study at Washington University in St Louis used Global Positioning System-based (GPS) trackers to monitor the driving behaviour of 139 people aged over 65 in Missouri. The results suggests there are clear signs that driving can predict preclinical Alzheimer’s.

Before data was collected, medical tests identified that half of those monitored in the research group already had preclinical Alzheimer's, while the rest of the group did not. Using a GPS tracker and custom software, the Driving Real-World In-Vehicle Evaluation System (DRIVES) study then recorded date, time, latitude and longitude coordinates, and speed every 30 seconds when a vehicle was being driven. To account for seasonal variability, a full year of GPS driving data – from January 1 2019, to December 31 2019 – was included for each participant.

Analysis of the driving of those with and without early Alzheimer’s showed very clear differences. Specifically, the drivers with preclinical Alzheimer's tended to:

Using the results of the data, researchers were able to design a model that could forecast someone's likelihood of having preclinical Alzheimer's to 86% accuracy, using just age and GPS driving data.

While the study offers a society-wide opportunity for identifying potential preclinical Alzheimer’s without the need for invasive or costly tests – such as lumbar punctures or scans – it also opens up the possibility of employers using vehicle tracking to contribute to their employee’s long-term health and wellbeing.

Sayeh Bayat, a PhD candidate at the University of Toronto who led the study, said: 'To support employees' health, companies that monitor driving patterns can take advantage of this unique opportunity to detect neurodegenerative diseases in a timely fashion, in those individuals who are interested to take part.

'We show that driving behaviours captured from GPS can identify the earliest signs of Alzheimer's disease. What is interesting here is that these signs can happen up to 20 years before the clinical diagnosis of the disease.

'I really believe this can be a huge advance in Alzheimer's research because it can lead to consumer-grade technologies that are able to detect and monitor Alzheimer's disease progression from the early stages to the dementia phase, and potentially intervene when interventions are most effective.'

Alzheimer’s is the most common cause of dementia but, unfortunately, identifying the potential early stages of Alzheimer’s is not, in itself, enough. Currently there are relatively few drugs available to treat early Alzheimer's disease – UK National Health Service advises preventative measures, such as maintaining cardiac health and remaining socially and mentally active. In addition to this, funding for research has historically been low. However, there are some signs that is changing.

If it can be shown that fairly simple measures, such as recording changes in driver behaviour, can accurately predict Alzheimer’s onset, then current and future treatments, preventative measures and lifestyle changes may prove all the more effective.