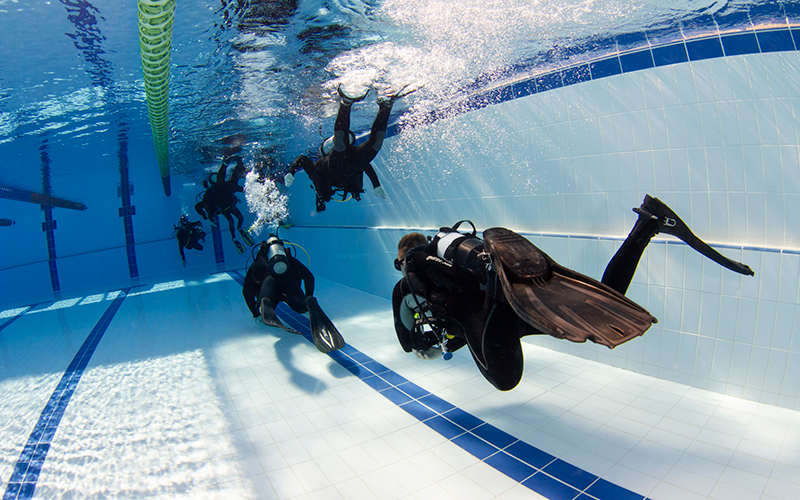 A SCUBA equipment supply company has been fined £9,300 and ordered to pay £11,000 costs after providing a diving school with contaminated air that led to children being taken so ill during a training session that one ended up in an induced coma.

On 26 June 2017, Manchester Grammar School pupils became unwell during a scuba diving course in the school swimming pool. Twelve pupils aged 14 and 15 were involved, with eight subsequently admitted to hospital with suspected carbon monoxide poisoning. Two boys were seriously ill – one of whom was put into an induced coma with potentially life-threatening injuries.

An investigation by the Health and Safety Executive (HSE) along with Greater Manchester Police, found that dive training staff from course provider YU Diving had obtained refills to SCUBA air tank cylinders from Aqua Logistics Limited.

Wigan and Leigh Magistrates Court heard that a fire in the filtration system had been the probable cause of contaminated air. Aqua Logistics Limited and its sole director, 51-year-old Geoffrey Gordon Shearn were held responsible for not correctly installing and maintaining the company’s high-pressure compressor system.

Prosecutor Mark Monaghan told the court that Mr Shearn had modified the compressor himself two years earlier in an attempt to combat moisture problems, and a sensor designed to cut off the compressor in the event of a fire was subsequently found to be not working.

Aqua Logistics Limited of Enterprise Centre Two, Chester Street, Stockport pleaded guilty to breaching section 2 of the Health and Safety at Work Act. At a sentencing hearing last week, the company was fined £9,300 and ordered to pay £11,000 costs.

Mr Shearn also pleaded guilty to breaching section 37 of the Health and Safety at Work Act. He was ordered to pay £5,085 costs and given a 12-month community order with requirement for 100 hours unpaid work.

Passing sentence, District Judge Mark Hadfield described the incident as being of 'the utmost seriousness'. However, he said he believed it was 'very much an isolated incident from an unknown cause'.

Speaking after the hearing, HSE specialist diving inspector Richard Martins said: 'This case highlights the importance of ensuring that compressed breathing air sold to the public is safe. The quality of the air supplied is essential to the preservation of life.

'Suppliers of breathing air to the diving community and public should ensure that they use correctly installed and maintained equipment accompanied by regular testing of the air supplied. Further tragedy was narrowly averted through the quick response of the school staff, diving instructors, and the Manchester emergency services.'

In 2019, a swim school was fined after a three-year-old girl suffered chemical burns during a swimming lesson.

And in 2016, David Lloyd Leisure was ordered to pay £330,000 for safety failings following an incident in which a five-year-old almost drowned at one of its clubs.