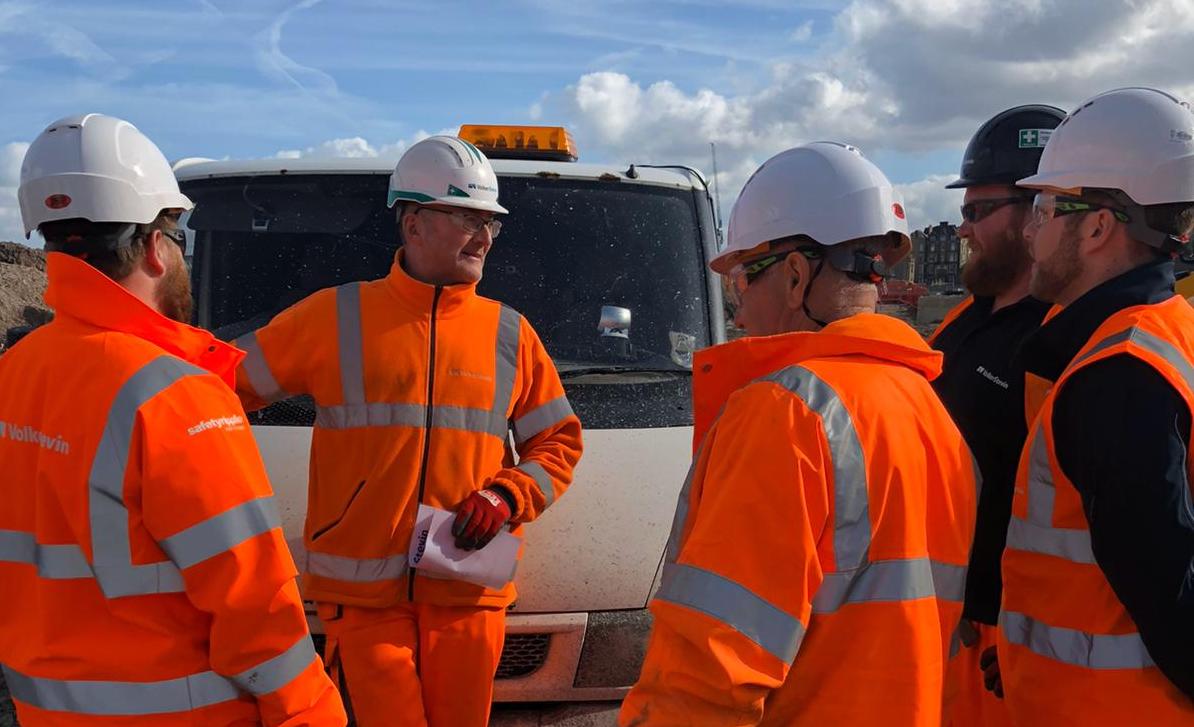 Engagement is the holy grail of strong health and safety performance and for Duncan Aspin, HSEQS director at construction engineering specialist VolkerStevin, there is a straightforward truth about involving employees in safety. 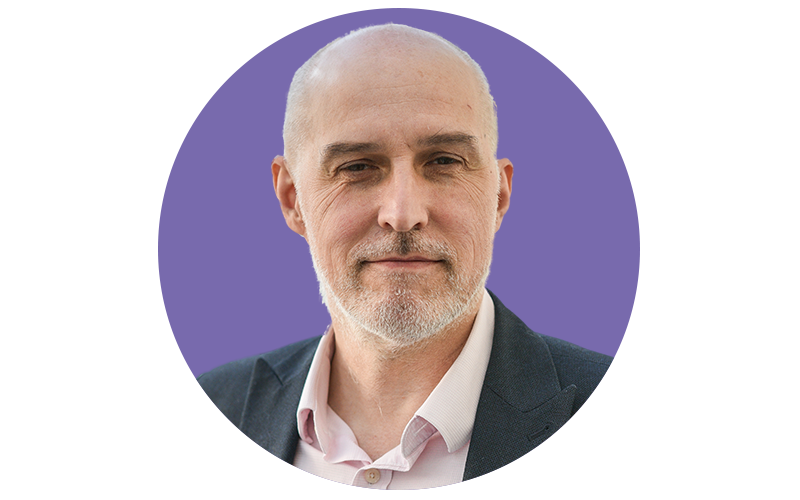 'People own what they help to create,' he says simply.

An expert in behaviour change – he completed an MSc in the subject – Duncan created an initiative at VolkerStevin called Safety Ripple which has since been adopted across every level of the business; it also earned Duncan and VolkerStevin the Construction News Talent Award in 2019.

The approach focuses on developing a positive environment and putting safety decision-making in the hands of employees. While many organisations talk about involving employees, at VolkerStevin it’s a culture that guides and defines the firm’s entire approach to health and safety.

'I always say that at its heart Safety Ripple is a set of tools to get people talking,' Duncan explains. 'Everyone gets involved – it is true engagement – and that comes from creating an environment where everyone can express an opinion and where people are encouraged to decide what they want to focus on.'

VolkerStevin’s health and safety performance back in 2016 was strong but, says Duncan, “Like any decent company we are always looking at ways to improve.

'We knew that we didn’t want to look at introducing ever more procedures,” he recalls, “so we decided that it was time to focus on culture and behaviour.'

The Safety Ripple approach was designed with a working group and steering group made up of a cross-section of people from across the business, explains Duncan, 'because the people doing the work are always the ones best placed to make decisions about the direction we take'. Members of the working group would go on to become Safety Champions.

The working group established three broad principles that they wanted to see embedded: Safety Ripple should be positive, inclusive and future-focused. Duncan was also determined that Safety Ripple would be a culture and behaviour change programme, not a behavioural safety programme.

'Behavioural safety programmes have had a slightly bad name in some instances,” he notes, “because they can be seen as focusing on just the people at the sharp end. Our programme looks at the whole environment and where we can make improvements.'

Safety Ripple was launched to the business through two large conferences to help colleagues understand the approach and its aims, and the feedback was overwhelmingly positive.

'But the roll-out wasn’t a one-off,' says Duncan, 'because the programme is always developing and there are always new employees and new sites to introduce to our approach. It’s really important to build on the initial momentum.'

To this end, the working group developed a 'Launch Programme' to explain Safety Ripple to new joiners and new projects. Early on, employees were invited to VolkerStevin’s Preston head office for the training, alongside 20 to 30 colleagues from different sites.

'The problem was, though, that with only a couple of attendees from a particular project, when they returned to their site to try to put into practice what they had learnt, it wasn’t as effective – because other people on site hadn’t attended training at the same time. So now we do the training on sites, for whole project teams.'

It's sometimes the case that employees attending training on behaviour change understand the principles but are left uncertain about what they can actually do to implement them. Duncan is determined that colleagues finish the day with an action plan that everyone has agreed and a “set of tools, not a set of rules”. The programme is very much about employees generating ideas and developing the culture on their sites.

'Each site decides how Safety Ripple will work for them,' Duncan confirms. 'Projects vary so much – in size, duration – that you can’t have a one-size-fits-all approach. There must be flexibility.'

'No one was using the graphs, which was a strong indication they didn’t like them!'

While some firms advertise that they have consulted – and listened – to employees through the use of “'You said, We did' boards, that’s not an approach Duncan favours. Focusing on Safety Ripple’s principle of inclusivity, at VolkerStevin everyone gets together to decide where improvements can be made and everyone works together to implement them.

Duncan offers the example of a site that decided to use the daily task briefing to check on progress.

'In any behavioural change programme you need observation. But at this particular site, instead of supervisors observing and monitoring progress on site, they used the daily briefing to ask employees "How are we doing?" and to have a discussion. It’s a really inclusive approach, because it means someone can say if something’s not working so well and there can be an open conversation about the reasons why.

'It removes barriers and solves problems, so we’ve rolled it out across the whole business and it’s working so well.'

To be successful, argues Duncan, a behaviour or culture change programme must evolve.

'You have to keep it alive. One of the pitfalls of such programmes is that they can start really well but if you keep doing the same things year after year it can get stale and lose its impact. We don’t chop and change – the fundamental principles remain the same – but what gets you here, won’t get you there.'

For this reason, Duncan is always looking at the programme and – working with the 200 safety champions – assessing what’s working well, what could be improved, and what they should stop doing.

Engagement is key: the safety champions are important ambassadors for Safety Ripple, explains Duncan, 'but we learnt early on the importance of stressing that everyone is a safety champion.'

Establishing a concrete connection between a culture change programme and safety performance is always difficult and Duncan resists the temptation to become fixated on measuring and metrics. But at project level VolkerStevin does measure behaviours on a daily basis: there are targets, set in agreement with everyone on site, and when these are met sites are encouraged to exceed them.

Duncan scrapped check sheets and graphs in favour of simple smiley-face boards to communicate how well a site is performing against its objectives – 'for the simple reason that no one was using the graphs, which was a strong indication they didn’t like them!'

For the immediate future, various improvements are planned 'round the edges of Safety Ripple', such as dropping 'stand down' safety days – with all their negative connotations – in favour of 'reflect, review and reset' days.

Beyond health and safety, the success of Safety Ripple will see the development of an ever more integrated approach at VolkerStevin, with Quality Ripple on the horizon. Evidence, if more were needed, of the strength, reach and impact of the Safety Ripple brand.