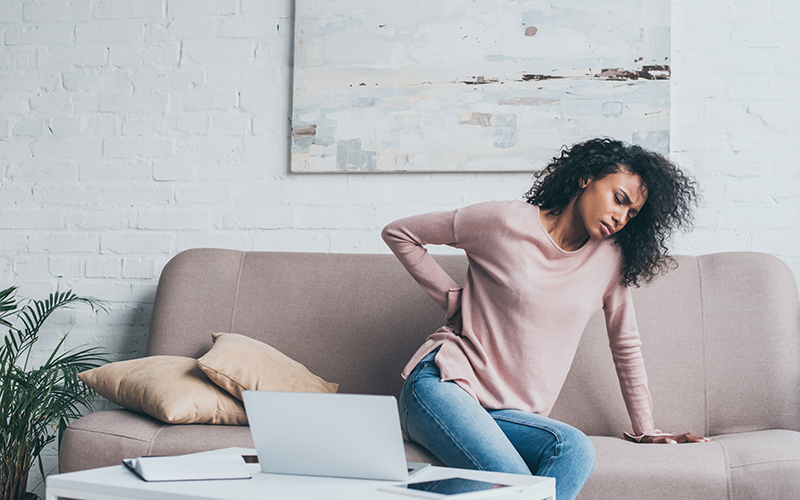 A European Agency for Safety and Health at Work (EU-OSHA) report exploring the health risks associated with prolonged static sitting at work has outlined a range of measures that employers should include in a prevention strategy to enhance employee protection.

The situation has been exacerbated by the spread of COVID-19, which has forced many workers to telework from their homes and other locations, many of whom have extended their working day as the lines between work and home life have blurred.

Last year, EU-OSHA warned that remote working had increased sedentary positions and, combined with the lack of ergonomic remote workspaces during the pandemic, had potentially contributed to the development or aggravation of musculoskeletal disorders (MSDs).

The report identifies a number of health risks linked to prolonged sitting, which is defined as being sedentary for two hours or longer at a time. These include low back pain, upper limb disorders, type 2 diabetes and cardiovascular disease, obesity, certain types of cancers and mental health issues.

According to the 2015 European Working Conditions Survey, the percentage of people working with computers, laptops or keyboards for all or almost all of the time nearly doubled, from 17.6% in 2000 to 30.3% in 2015.

In the 2019 European Survey of Enterprises on New and Emerging Risks, the second most frequently reported risk factor in the EU-27 (61% of establishments) was prolonged sitting.

Alongside office workers, EU-OSHA identifies drivers, pilots, crane operators, assembly line workers and those working in call centres as being among the most at risk of prolonged sitting.

To counter the health risks, EU-OSHA argues that a prevention strategy that takes a systemic approach, uses risk assessment and follows a hierarchy of prevention measures, is critical.

As a starting point, employers need to ensure employees have a suitable ergonomic workstation, including an appropriate chair, stool, table and, if they drive for work, driver’s seat. Adjustability is also highlighted as being important to allow postural change and comfortable working.

'In the 2019 European Survey of Enterprises on New and Emerging Risks, the second most frequently reported risk factor in the EU-27 was prolonged sitting.'

Employers are also advised to organise work to limit sitting and promote movement. This can be done by balancing the tasks that need to be performed and by providing opportunities for active work, task rotation, job enrichment, minibreaks and individual control options. Workers need to be given sufficient control over their work so they can alter how they work and take a break when needed, the report notes.

Active worker involvement is particularly important as this will help employers and employees agree on practical measures to promote more active ways of working.

EU-OSHA argues that two hours should be considered as the maximum time for continuous sitting and adds that employees need to get up every 20-30 minutes in this timeframe and change position between sitting, standing and walking.

It adds that employees also need to vary their posture when they are sitting as much as possible, including ‘dynamic sitting’ (where sitting positions are continuously altered) and doing occasional stretching exercises, either sitting or standing up.

EU-OSHA also warns against replacing prolonged sitting with prolonged standing, which it says is also associated with serious health risks. The European safety and health body has also published a report on this issue.