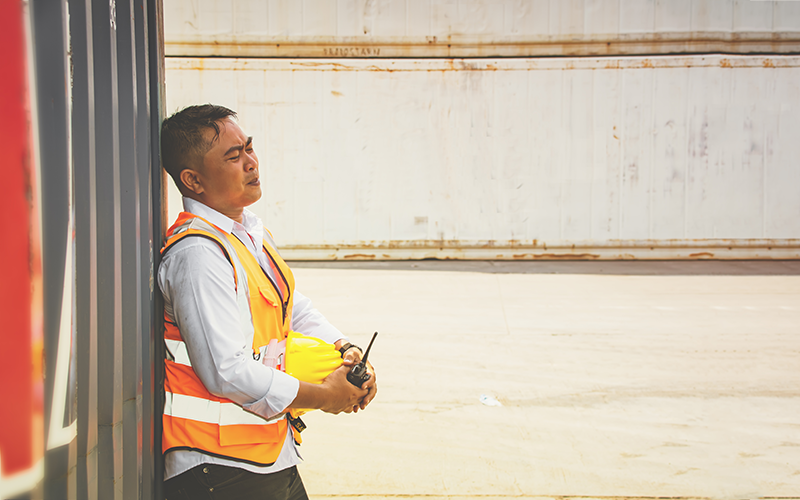 The Trades Union Congress (TUC) is calling for a legal duty on employers to protect workers from heat-related risk after the Met Office issued its first ever extreme heat warning in July.

Writing in The Guardian last week, Mika Minio-Paluello, policy officer for climate and industry at the TUC, said that the UK should introduce an absolute indoor maximum temperature of 30°C, with a requirement for employers to introduce cooling measures when temperatures hit 24°C.

Minio-Paluello, who is also an energy economist for consultancy Transition Economics, added that Germany, Spain and China had already introduced health and safety rules that set maximum temperatures and the UK should follow suit.

The TUC’s call to action comes as many low-paid workers are being put at increasing risk as temperatures soar during the summer.

The trade union body warns that during these periods of extreme heat many workers are harvesting fruit, packing deliveries in warehouses and distribution centres and delivering food and documents on bikes and mopeds. In many cases, they do not have regular breaks or access to drinking water.

As Minio-Paluello notes, extreme heat can cause dehydration and exhaustion and can also increase the likelihood of industrial accidents because concentration levels are affected when temperatures significantly rise.

At present, there is no legal requirement for employers to set minimum or maximum working temperatures.

The Workplace (Health, Safety and Welfare) Regulations 1992 outline particular requirements for most aspects of the working environment. Although it does recommend a minimum temperature of 16°C or 13°C if employees are carrying out physical work, it does not specify a maximum temperature limit.

‘At present, there is no legal requirement for employers to set minimum or maximum working temperatures.’

As the HSE notes, ‘A meaningful maximum figure cannot be given due to the high temperatures found in, for example, glass works or foundries. In such environments, it is still possible to work safely provided appropriate controls are present. Factors other than air temperature, i.e. radiant temperature, humidity and air velocity become more significant and the interaction between them become more complex with rising temperatures.’

Regulation 7 of the Workplace (Health, Safety and Welfare) Regulations states that, ‘During working hours, the temperature in all workplaces inside buildings shall be reasonable’.

The HSE adds that a reasonable temperature for a workplace depends on the work activity and the environmental conditions. Employers are encouraged to carry out a thermal comfort risk assessment and heat stress checklist to determine whether the workplace temperature is reasonable.

However, the TUC argues that there is no consensus over what ‘reasonable’ is and many workers are forced to work in temperatures that are not comfortable and could damage their health.

It has produced a guidance document that says that people work best at a temperature between 16°C and 24°C, although this can vary depending on the type of work being done.

It adds that without a specific maximum figure, it is impossible to effectively enforce the present regulations unless a worker is seriously injured or killed by heat stress.

‘Many workers are forced to work in temperatures that are not comfortable and could damage their health.’

The TUC argues that employers can introduce a range of measures to reduce the risks. This may include providing flexible working hours so that employees can manage their work around peak temperatures during the day. Employers should also do more to keep workplaces cool so that indoor temperatures are kept under control.