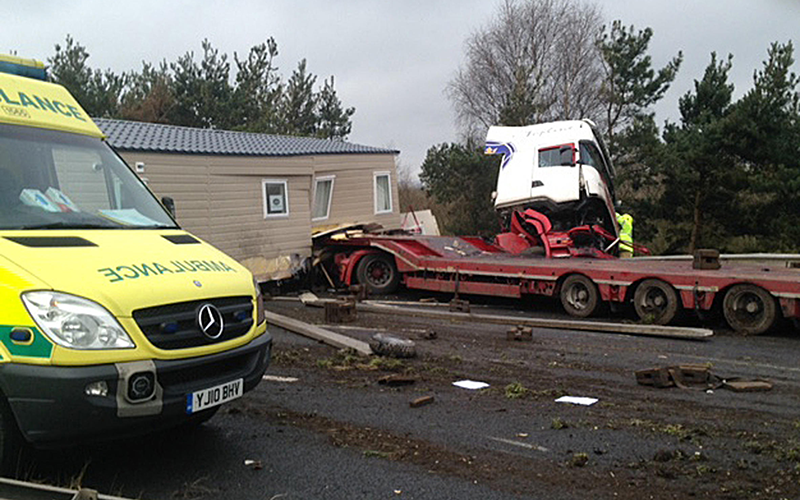 A transport boss has been jailed for 15 years and a driver sentenced to six years after two men died when their car was hit by a 30-tonne HGV with faulty brakes.

Michael Holgate was convicted of gross negligence manslaughter after one of his lorries lost control and smashed through the central barrier of a motorway, hitting another vehicle, in April 2018.

The HGV's driver Jack Beston, who was 22 at the time of the collision, pleaded guilty to causing death by dangerous driving at Hull Crown Court.

Nigel Eley, 41, and John-Paul Cassidy, 37, (pictured L-R below) were travelling eastbound along the M62 near Goole, when the articulated truck, carrying a large static caravan heading west along the motorway, careered through the central reservation. It crossed over onto the opposite carriageway and collided with the black Lexus that Nigel and John-Paul were travelling in. Nigel died at the scene and John-Paul later died of his injuries in hospital. 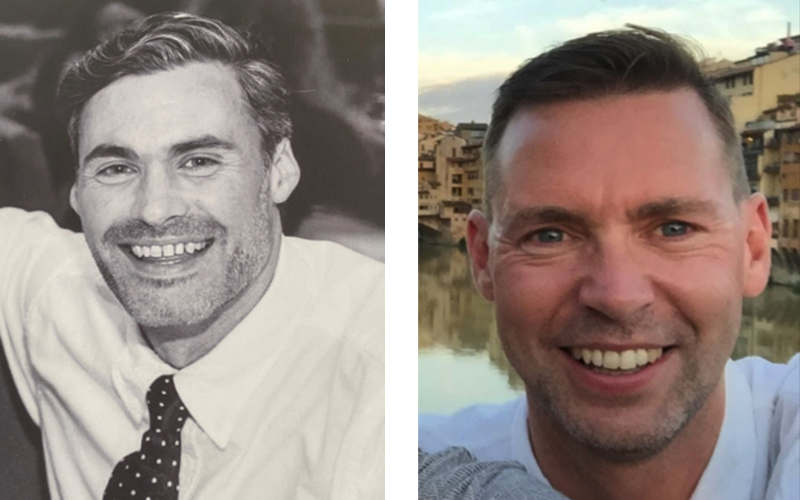 The court was told that the driver had used an app to report on numerous previous occasions that the brakes were faulty in the weeks leading up to the accident.

Two attempts had been made to identify and repair the fault, which caused a four to six-second delay on the trailer unit's brakes.

Holgate, 39, was accused of saving money by 'cutting corners' on vehicle repairs and maintenance.

Judge Mr Justice Fraser said a replacement valve would have only cost £200 and that the crash was a 'disaster waiting to happen'.

Police also discovered that Beston was not insured as the haulage firm's policy excluded drivers under the age of 25.

'Michael Holgate owned the haulage company which was responsible for maintaining this and other vehicles in his fleet,' Sergeant Rob Mazingham of Humberside Police Serious Collision Unit said.

'He was responsible for making sure his vehicles were roadworthy. Long-standing mechanical faults existed with this and other vehicles which clearly showed Holgate’s disregard for his responsibilities.

'Our investigation revealed a shocking picture of a company culture with a complete disregard of safety and maintenance.

'I hope that the sentencing of these two men provides John-Paul’s and Nigel’s families some form of closure at this very difficult time, and also serves as a warning to other drivers and operators who may be tempted to risk lives by not adhering to rules and regulations imposed for the safety of all.'