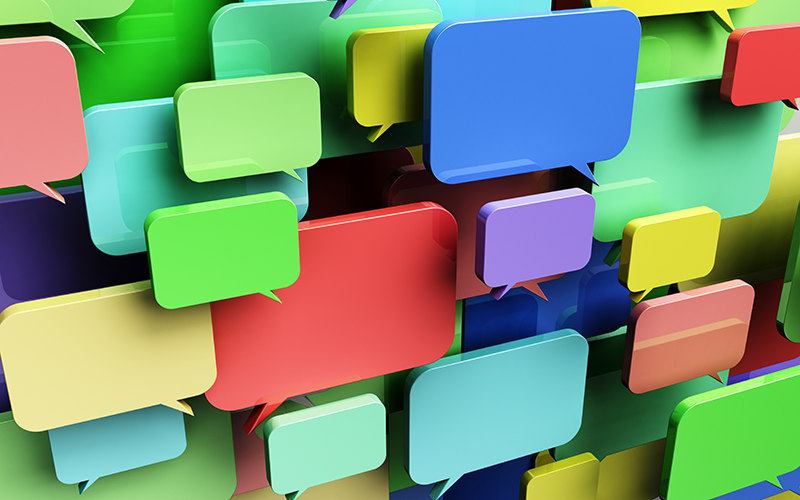 A recent article on investigative interviewing ignited a stream of debate. Duncan Spencer CFIOSH, head of advice and practice at IOSH, considers both sides of the argument.

The July/August 2021 edition of IOSH magazine included an article by Andy Farrall CMIOSH, entitled 'Hide and Seek'. Within it he wished to provide some advice as to how to conduct an interview as part of an investigation, and what to do if you suspect the truth is not being volunteered. He was offering his experience drawn from a previous career as a specialist criminal investigator for two elite UK law enforcement agencies.

We should be mindful that things learnt in one walk of life can sometimes bring valuable insight to another. For example, a cell biologist cannot understand their subject without some knowledge of physics, chemistry or even statistical modelling. We should learn from other disciplines as much as they should from us.

Some members have praised Andy’s work, others have had a strong negative reaction to it, igniting a stream of debate on social media. Before we unpick the various viewpoints and pose questions for further debate, what is IOSH’s position on this?

Occupational safety and health (OSH) is a very broad discipline applied in every industry and culture. With 48,000 IOSH members in 130 different countries, there will always be a difference of opinion about many topics or approaches. When someone states something they think is true in their context, it may not be in another. IOSH also realises that if the OSH profession is to progress, it must join with vigorous debate and adapt to a volatile, uncertain, increasingly complex and ambiguous world of accelerating change. As a profession, we cannot stand still.

Critique is now a fundamental part of skill application in the competency framework. When the new continuous professional development process is launched later this year, IOSH members will see that achieving the higher attainments against each competency will demand the skill to critique, evaluate and debate: to be able to recognise what is good about a model, but be acutely aware of its weaknesses too. An ability to question future-proofs the profession.

'IOSH realises that if the OSH profession is to progress, it must join with vigorous debate'

What is true today may be inappropriate or disproved tomorrow (for example, Heinrich’s accident triangle). It is therefore vital that we allow different views to be expressed and encourage their subsequent debate. Providing this is carried out dispassionately and respectfully, it can be a constructive and informative response. In fact, it is vital if our profession is to stay valid and keep pace with change.

The dissenters of this article have raised several points including:

The dissenting camp points out that while a few may lie, most people will try to be truthful. Hopefully that is true if you have a just and fair OSH culture.

They point to psychological research into cognitive recall to justify the point; theories that suggest that interviewees may not purposely mislead and that memory is fallible. But a minority of employees may have a motive for misleading an investigation into a serious incident.

Some speculate that being deceitful or evasive may be more prevalent in some organisations, or even in some industries, or where being blamed brings fear of losing your livelihood. While unquestionably it is IOSH’s responsibility to promote good practice to its members, it is also its duty to acknowledge what could be done when it can’t be achieved.

Dissenters point out that post-accident interviews should be conducted with sensitivity and compassion. They suggest witnesses are victims too and may be traumatised by the incident. Indelicately handling an interview could bring them further psychological harm.

The article generated some supportive comments on social media too, with some members encouraging their peers to read it. Supporters suggest that what dissenters fail to understand, and arguably what the article did not clarify sufficiently, is that the article’s advice is not about the whole investigative process – it is about how to respond to the rare occasion when someone is suspected of misleading an investigation into a serious incident. After interviewing an employee sensitively and respectfully and your data suggests deceit, what do you do then?

Andy points out that this article was created by a journalist interviewing him about his book 'Investigative Interviewing', which IOSH recently reviewed. While he had the opportunity for a final check before publication, he reflected that the limited words of an article could not fully articulate the content of a whole book. It could only provide a flavour of his ideas to raise interest. He was disappointed about criticism for missing arguments that he had no space to include in the article.

'IOSH is responsible for promoting good practice. It does so through its own policy statements and published guidance, and not via IOSH magazine, which is a vehicle where different views and ideas may be expressed'

Setting that aside, the author believes that dissenting social media posts have taken the article phrases out of context and without appreciation of the full dialogue, which he believes is balanced and cautious and not aggressive or confrontational. He points out that investigative interviewing is not normally needed, but the point of the article is to show it as a valid technique to escalate to when appropriate.

While there is research about cognitive recall cited by the dissenters, there is also a branch of psychology that focuses on deception detection. Andy points to this research to support his position. He states that his intent for the article was to be helpful and to provide others with the opportunity for reflection.

So what do you think?

IOSH is responsible for promoting good practice. It does so through its own policy statements and published guidance, and not via IOSH magazine, which is a vehicle where different views and ideas may be expressed. We should not work to silence people who wish to pose new ideas for the consideration of others, although we must ensure that their views are evidenced and reasonable. This is the responsibility of the Editorial Board.

One last thought: good practice is not a static position, it moves with the injection of new ideas, evidence and insights. How else can we recognise new concepts and test their efficacy unless it is by engaging in constructive debate?

Add your comments to the discussion here: #disqus_thread

As a learning organisation, IOSH believes that listening to the views and experiences of our members, customers and stakeholders is vital to our success. We are passionate about excellence and welcome all input and feedback from others to enable us to continuously improve.

If you have a comment or complaint about a position IOSH takes or about how IOSH or its channels and services operate, or if you have constructive feedback to provide, we have a managed process that ensures such feedback is taken seriously, considered and responded to in the right way by the right people.

Find out more about how to submit your comments and complaints here.