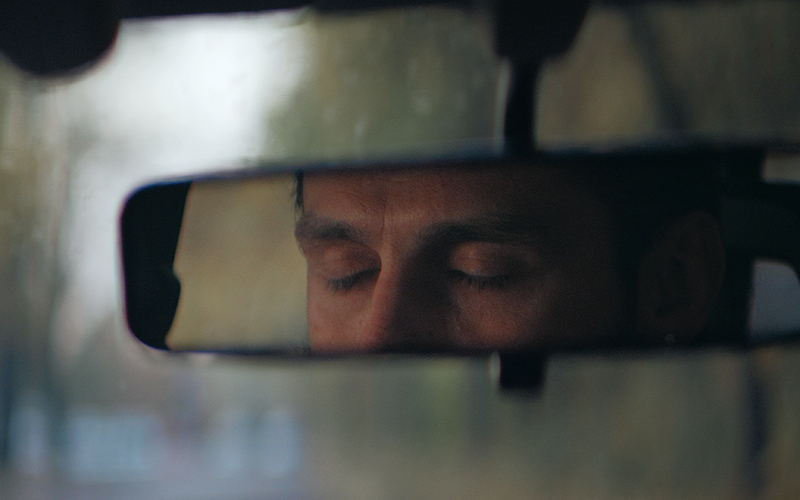 A new EU-wide report has found that around a third of drivers has fallen asleep while driving at least once in the past year.

The European Transport Workers’ Federation (ETF) is calling on employers to introduce company-wide fatigue risk management strategies to combat the problem after its report, which is the first EU-wide study in 15 years on driver fatigue in commercial transport, also found that 60% of truck drivers and 66% of bus and coach drivers regularly feel tired when driving.

The Driver Fatigue in European Road Transport report, published last month, warns however, that driver fatigue could be a much greater problem than the research suggests.

‘Our targeted interviews also show that drivers are generally afraid of reporting such incidents, as they fear it might have repercussions on their employment,” the researchers behind the ETF study warn.

The research underlines the fact that fatigue has other critical consequences such as near-misses and negative effects on drivers’ health and wellbeing, which, the ETF adds, have been largely excluded from previous research.

The study, which was undertaken last year, has two objectives, according to the ETF, which represents more than 3.5 million transport workers from more than 230 transport unions and 41 European countries.

The first is to describe the nature and extent of driver fatigue in the road passenger and freight transport sector in Europe while the second is to examine the specific working conditions of professional drivers and how they lead to endemic fatigue in this transport sector.

As part of the study, the researchers reviewed existing literature that covered national and European studies on topics related to fatigue, including causes, consequences and prevention.

To gain a more comprehensive overview, they also included literature for countries such as Australia and the United States that have a particular problem with driver fatigue due to their large geographical area and long transport routes.

'A large share of drivers who, because of fatigue, have wanted to make an unplanned stop to take a break, have actually not been able to do so'

The research team also carried out an online questionnaire of 2,861 bus, coach and truck drivers in Europe between May and July 2020. The survey included questions on the extent and the effects of fatigue, the causes of fatigue and the countermeasures against fatigue. Of those sampled, 2,188 were truck drivers while the remaining 673 responses came from bus and coach drivers.

In addition, they carried out in-depth interviews, workshops and a seminar that included drivers, trade union representatives and scientific experts.

The researchers note that some drivers may not recognise the symptoms of fatigue and may not even be aware that they are fatigued until an accident happens.

‘In drivers, it leads to a decrease in mental and physical functioning, which in turn leads to poor steering control, decreased reaction time, poor speed tracking and loss of attention and hazard perception,’ the researchers note.

Existing studies identify lack of sleep, poor quality sleep and specific sleep demands as factors that can cause driver fatigue. However, the ETF study argues that poor working and employment conditions are among the underlying reasons accounting for a shortage of sleep in the first place.

A major contributor to fatigue is the total extent of working time, the researchers argue. Bus, coach and truck drivers’ work is characterised by long hours, which the researchers note leaves insufficient time for recuperation and restorative sleep.

The research also found that work pressure from employers or clients was identified as a significant contributor to fatigue. The researchers highlighted tight schedules and scheduling demands as particular issues as these often have a negative influence on breaks and rest times.

‘Our research shows that a large share of drivers – especially bus and coach drivers – who, because of fatigue, have wanted to make an unplanned stop to take a break, have actually not been able to do so,’ the researchers said.

The ETF’s recommendations include a number relating to employers’ responsibilities, notably the implementation of company-wide Fatigue Risk Management strategies from senior management level down.

‘A very direct way in which employers can influence driver fatigue is to ensure reasonable work schedules that avoid or limit, night driving, inadequate daily rests and over-long work shifts'

These should include the provision of better equipment for vehicles, such as proper air conditioning, shift planning well in advance, and the reduction of physical labour for drivers as physically demanding work is one cause of fatigue.

‘As our data analysis has shown, the way working time is documented has a bearing on fatigue; in companies where working hours are rigorously documented, drivers are less affected by fatigue,’ the researchers note.

‘Employers therefore need to ensure that all time spent on work-related tasks is counted as working time and is properly recorded (and paid for).’

In relation to rest time, the ETF recommends two measures – increasing the length of rest between shifts and ensuring that breaks are fully used to rest and relax.

‘A very direct way in which employers can influence driver fatigue is to ensure reasonable work schedules that avoid or limit, night driving, inadequate daily rests and over-long work shifts,’ the report notes.

The ETF also recommends that employers remove the pressure on drivers that arises from excessively tight schedules, most notably by reducing the number of just-in-time deliveries.

The researchers note that the existing regulatory framework does not solve the issue of driver fatigue. The report recommends strengthening the regulations and improving the enforcement of current rules through checks and sanctions.

A steer on road safety: what can organisations do to ensure their employees out on the road are safe? Read more.