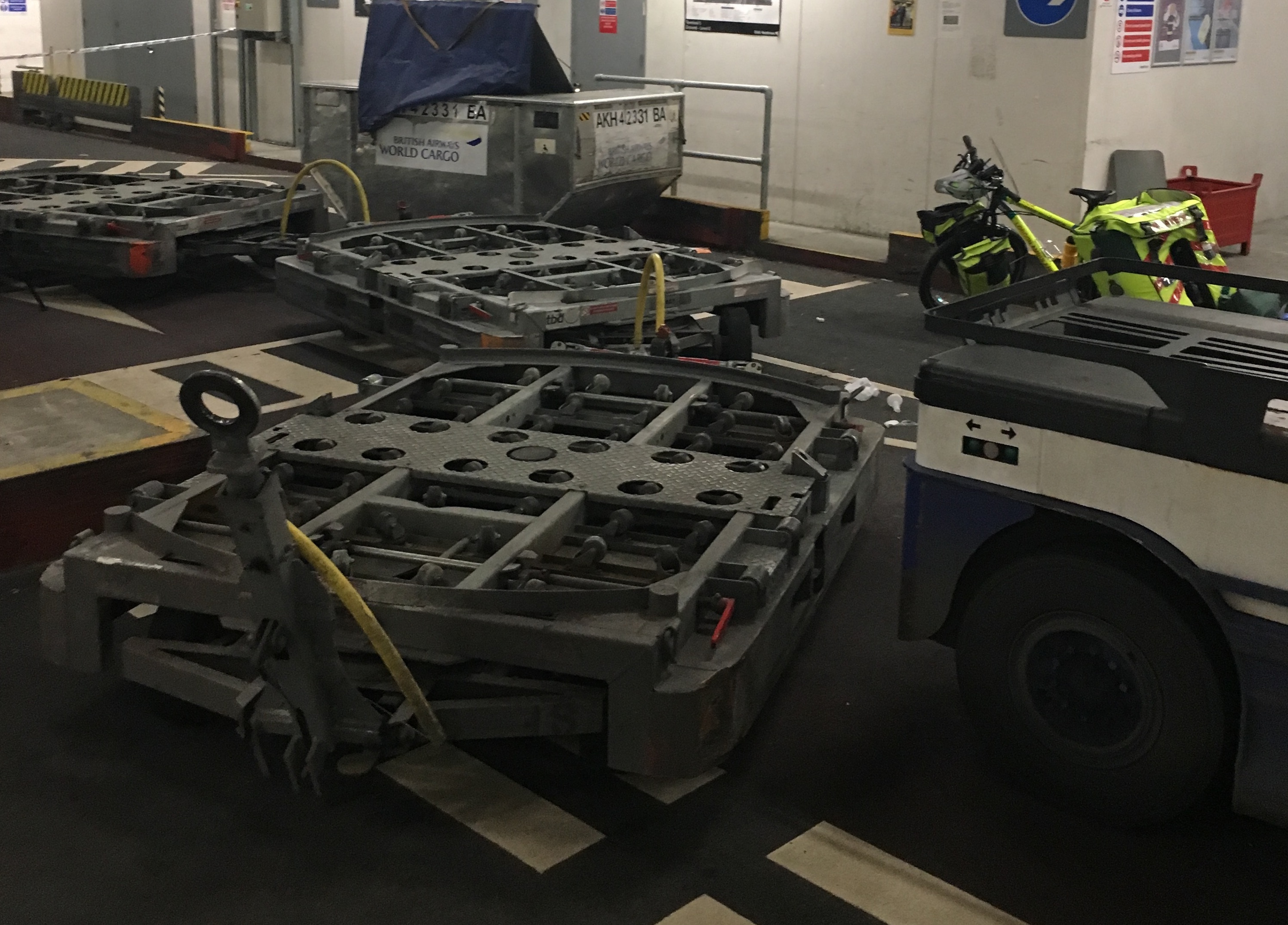 Airline giant British Airways has been fined £1.8 million for ‘significant failings’ in the general management of supervision and monitoring, risk assessment and training.

On 16 March 2018, an employee was pulling a train of dollies, which are vehicles used to transport baggage around the airport. She was using the centre of the roadway between the two lanes, pictured above, as a walking route.

The employee was struck by a tug and knocked under another passing vehicle with dollies loaded with luggage. She sustained serious crush injuries.

Southwark Crown Court was told that following the vehicle collision at Terminal 5 of Heathrow Airport, the accident investigation discovered that this unsafe practice had been commonplace in the baggage hall for at least 10 years. Health and Safety Executive (HSE) investigators identified significant failings in the general management of health and safety and workplace transport risks.

British Airways – which made a profit of around £1.3 billion pre-pandemic – admitted breaching section 2(1) of the Health and Safety at Work Act. As well as the £1.8 million fine, the airline was ordered to pay prosecution costs of £35,724.

'The situation in the baggage hall at Heathrow Terminal 5 was an incident waiting to happen,' said HSE inspector Megan Carr.

'British Airways failed to appreciate the serious nature of the risks to which its employees were exposed and, as a result, failed to take appropriate action to ensure they were properly protected.'

In a statement to IOSH magazine, a spokesperson for British Airways said: 'The safety of our colleagues and crew is always our priority and we deeply regret that this incident was able to occur, despite the measures we had in place.

'We've been working hard to learn from this experience and implement further improvements to our safety procedures.'

The company has been prosecuted for health and safety failings in the past, though at a much smaller level. In 2016, the airline was made to pay £6,500 for failing to protect workers from the risk of vibration.