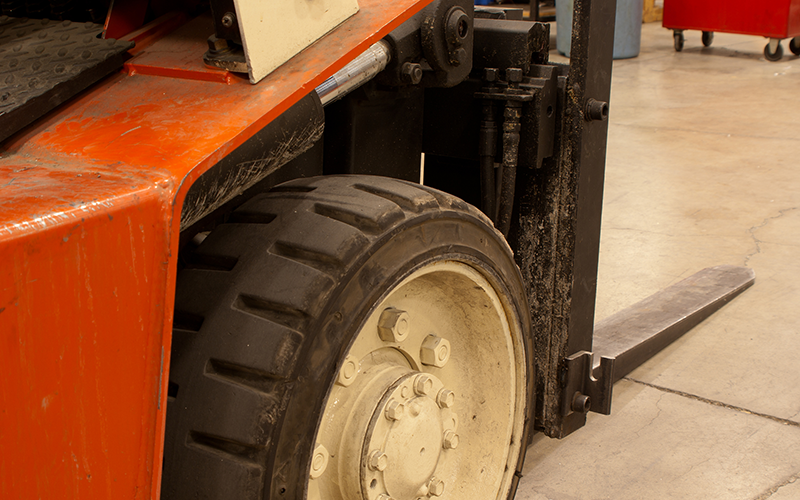 A 2 Sisters Food Group company has been fined after a worker was seriously injured when he was struck from behind by a forklift truck and trapped beneath the metal container it was carrying.

On 17 February 2017, an employee of a contractor that had a permanent presence on Kepak’s Merthyr Tydfil site, was struck by the vehicle while he was walking along the internal roadway at the back yard end of the site.

He was dragged along the ground and sustained multiple serious and life-changing injuries, including the loss of a leg.

Investigators told Merthyr Tydfil Magistrates’ Court that the company’s workplace transport risk assessment did not ensure that suitable and sufficient traffic management arrangements, including pedestrian and vehicle segregation, were in place.

HSE inspector Rhys Hughes said the incident was caused by the failure of the host company to undertake and implement an adequate risk assessment and ensure a safe system of work was in place.

'This risk was further amplified by the company’s failure to implement a number of simple safety measures including separation and segregation of vehicles and pedestrians,' he added.

Aberdeen-based Kepak Group Ltd, which has a turnover in excess of €1 billion and employs 4,400 people, pleaded guilty to breaching regulation 4 of the Workplace (Health, Safety and Welfare) Regulations. The company was fined £600,000 and ordered to pay costs of £38,183.

The site was operated by 2 Sisters Red Meat Ltd at the time that the incident occurred. The company was was acquired by Kepak Group Limited in July 2018.

2 Sisters Food Group is no stranger to the courts. In 2019, the company was fined £1.4 million after a worker's torso was crushed on a poultry slaughtering line.

Just two months before, the food firm was prosecuted after a worker's thumb was severed by a moving shackle line.