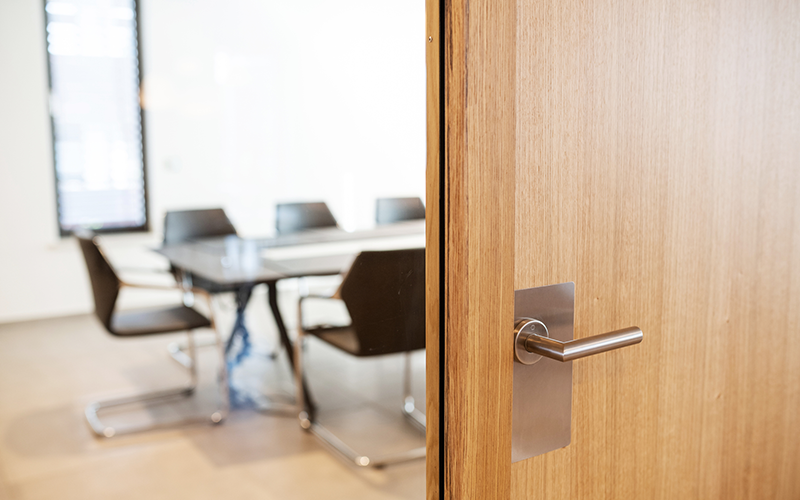 A recent case saw an employee claim unfair dismissal after he refused to return to work over safety concerns of his workplace and COVID-19.

The judge concluded that statutory protection against unfair dismissal did not apply to an employee’s COVID-19 concerns preventing him from returning to the workplace.

In Mr Rodgers v Leeds Laser Cutting, the claimant brought a claim of automatically unfair dismissal due to him refusing to go into work over safety concerns of his workplace and COVID-19.

The claimant did not have two years’ continuous service at the point of termination so relied on a provision of the Employment Rights Act 1996, which states it would be classed as unfairly dismissed if in the circumstances of danger, which the employee reasonably believed to be serious and imminent, he could have reasonably been expected to avoid or take steps to protect himself.

The workspace at Leeds Laser Cutting was a large, warehouse-type space with typically five people working on the shop floor. On 16 March 2020 a colleague of the claimant displayed symptoms of COVID-19 and was sent home and told to self-isolate. They remained off work until after the claimant’s employment ended and received statutory sick pay and was later furloughed.

Following the announcement of the first national ‘lockdown’ on 23 March 2020, Leeds Laser Cutting published an employee communication on 24 March 2020, confirming the business would stay open and asked staff to work as normally as possible and that measures were being put in place to allow them to continue working.

An external risk assessment was carried out in mid-March 2020 which identified the level of risk of various scenarios with recommendations to reduce risk including social distancing, wiping down surfaces and staggering start, finish and lunch break times. Staff already staggered times and had been told not to congregate at lunch and break times. They were also advised on hand-washing and social distancing.

The claimant confirmed it was possible to socially distance at the company but there were unavoidable times where staff had to work together, such as carrying things and cleaning steel, but this was not raised to Leeds Laser Cutting. The claimant also did not ask for a mask, and was not refused one.

The claimant had a slight cough from 25 March 2020 but blamed that on the temperature and dust within the workplace, and left work as normal on Friday 27 March 2020 without stating his plans to not return. He sent a text to Leeds Laser Cutting on 29 March 2020 to say due to his children being at high risk he would be staying off work until lockdown eased, to which they responded to say 'ok mate, look after yourselves'.

The claimant obtained a self-isolation note from NHS 111 for the period 28 March 2020 to 3 April 2020 but transported another colleague to the hospital by car on 30 March 2020. The claimant made no further effort to contact Leeds Laser Cutting regarding furlough or sick pay and the company made no effort to contact the claimant to clarify his position or discuss alternatives, as they believed the onus was on him to contact them. The next contact was on 24 April 2020 when the claimant sent another text to say he had been informed he had been 'sacked' and requested this in writing, with an explanation and his P45.

The judge found the claimant’s case confusing as he confirmed that all the measures put in place would make the business as safe as possible from infection, potentially safer than the community altogether, but not safer than his own home. He stated that he was not sure any measures would make him feel safe enough to return to work. He also gave contradictory statements of not leaving the house, but dropping his friend at the hospital and working in a pub.

The judge concluded that the claimant’s decision to stay off work entirely was not directly linked to his working conditions but that his concerns about the virus were general ones, which were not directly attributable to the workplace. The large size of the workspace and the small number of employees, the ease of being able to socially distance and measures in place were all relevant factors.

'I do not consider that any belief that there were circumstances of serious and imminent danger were objectively reasonable', the judge said.

The claim for unfair dismissal was dismissed.

With thanks to legislation experts Cedrec for supplying this article.