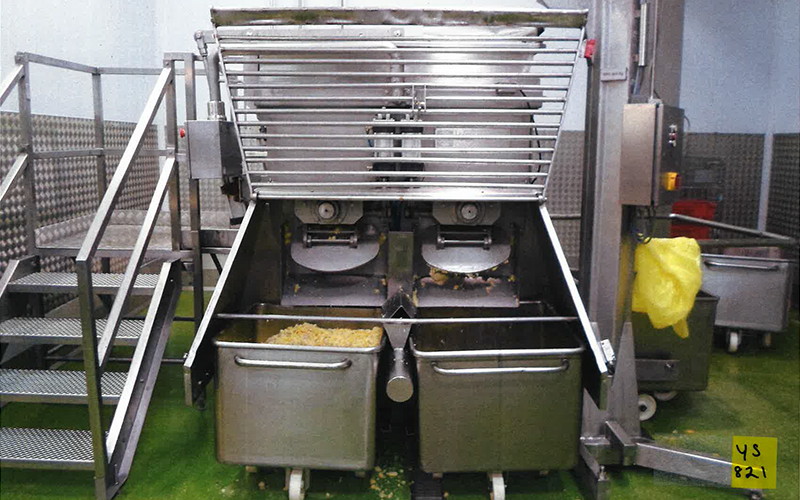 A leading food manufacturer has appeared in court after a worker's hand was trapped by a mixing machine.

On 16 October 2017, the employee was creating the mix for fish cakes at Young's Seafood’s factory in Grimsby.

At the end of a mix run, he went to clear the mix from the machine and lifted an interlocked guard that should have stopped the machine from running, but it continued to operate.

He put his hand into the machine without realising it was still running and the augur caught his hand and drew his arm in up to the elbow.

The 59-year-old managed to free himself from the augur but in removing his arm, his thumb and two of his fingers were severed.

He suffered serious tendon damage and doctors were unable to reattach his fingers.

Investigators told Grimsby Crown Court that the machine continued to run when the safety guard was lifted and failed to respond when the emergency stop was pressed. The interlocking system was inadequate, and the company had failed to ensure that the machine was effectively maintained.  These matters were exacerbated by poor communication between the shop floor and maintenance and an inadequate fault reporting system.

The employee has been unable to return to work.

Young’s Seafood, Grimsby's biggest employer with more than 2000 employees, admitted breaching section 2(1) of the Health and Safety at Work Act. The company, which has a turnover of was fined £787,500 plus costs of  £33,443.

'The life changing injuries sustained by the employee could have been prevented and the risk should have been identified,' said HSE inspector Carol Downes after the hearing.

'Being proactive with preventative maintenance and good communication of faults can reduce the chance of harm.'