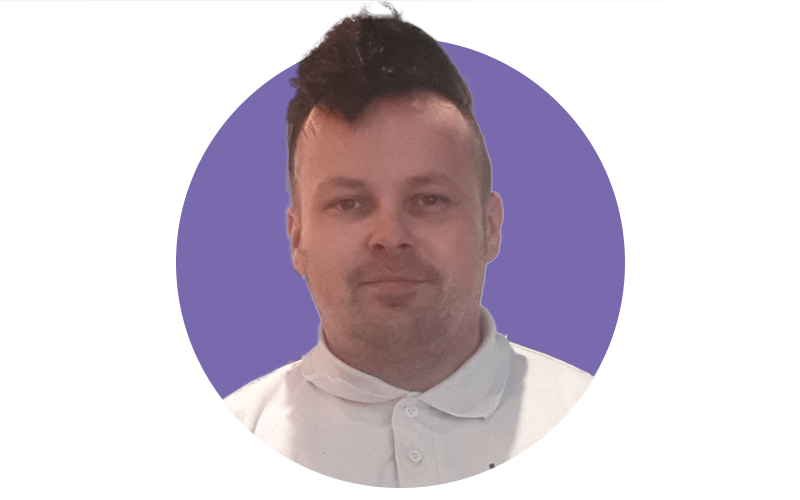 GradIOSH member Matt Hodkin tells us how he became one of the first people to complete an NVQ Level 6 Diploma in Occupational Health and Safety.

IPSUM Power SHEQ Advisor Matt Hodkin has had a connection to health and safety for coming up to 15 years but, he says, it all started with IOSH.

'I began my working life doing admin and IT roles but then I did the IOSH Managing Safely course and, from that, I really developed my interested in health and safety,' Matt says.

'I just started doing little bits of health and safety where I could, creating RAMS and doing a couple of site visits. I was limited to some extent by the company I was working for at the time, which was just a small civils business. But over that period I developed more skills. I did the NEBOSH General and then the NEBOSH Construction, and it just grew from there. The more I did, the more interested I became.'

In 2018, Matt moved to take on his current role with IPSUM Power in Wakefield and his professional experience of health and safety has grown significantly. His daily duties include reviewing IMS systems, completing ISO audits, doing internal and external audits, managing systems such as COSH procedures, and other related aspects such as compliance, calibration of machinery and equipment, as well as overseeing vehicle management. If that wasn’t enough, a year ago he also guided IPSUM Power through its transition from ISO 18001 to ISO 45001.

'That was quite challenging, but achieving the 45001 was really rewarding. I learnt to understand the importance of commitment from management – 45001 is focused on management commitment. And that all goes to behavioural safety and safety culture, which is really the part of health and safety that I find most enjoyable,' he adds.

That also leads us to the reason why we’re talking to Matt. Because of his interest in behavioural safety and safety culture, Matt recently completed a City & Guilds NVQ Level 6 Diploma in Occupational Health and Safety, becoming one of, if not the first person to do so.

'I’ve tried to put some form of education behind me every year, just to increase my knowledge and competency and skills. Previously I did an NVQ-style course – the WAMITAB level 4 Management in Hazardous Waste – which was similar in that it was based on work activities. But the NVQ level 6 was a lot more enjoyable and a lot more in-depth because it was all about what you have actually done within your company. You are tasked to look at your actions and consider what could be done and what you are going to do looking forward to improve that. So it’s more of a proactive look, which is really interesting,' explains Matt.

'I haven’t done the level 5 course so I asked my tutor what the difference was between a level 6 and a level 5. She said the difference was the focus on behavioural safety. That’s an area I am very interested in, so I enjoyed that aspect, seeing how behavioural safety can be promoted within a company and how everybody benefits from health and safety.

'According to the training provider for the course, I was one of the first people to do the NVQ level 6. My tutor had to write up the actual portfolio to do it and when I asked what kind of pace other people had completed the course at – I did it in three months which seemed quite fast – she said she didn’t really know because it seemed as if I was the first person to have done it. I’m not sure if being first is an exciting and good thing, or if my work is going to be under the spotlight too much, though!' he says.

Thanks to his NVQ level 6, Matt has seen his IOSH membership change to graduate status. For Matt, not only did IOSH played a decisive role in him starting out on his health and safety journey, but it continues to influence his career.

'IOSH is a great information centre. I find the IOSH magazine really interesting and it provides a great overview of the world of health and safety. I find the prosecutions section very interesting because it makes you aware that these things can and do happen, and I like the way the magazine can focus on specific topics – I found the mental awareness issue some months ago particularly interesting. That’s an important factor in safety: although people’s first thoughts tend to be on what might physically injure you, we are becoming far more aware of mental health. I think that’s a very positive move to a better world.'

And a better world is ultimately what drives Matt to pursue his vocation with such commitment.

'That’s why I found the NVQ level six so interesting, because there was that focus on behavioural safety and the safety culture within a business. We do these courses and these diplomas because we want to learn more and become better professionals, and to be able to understand safety better. While we can never know it all, we can always learn more.'

Last year, a 21-year-old student from Sunderland became the first apprentice in England to complete the SHE Technician Level 3 Apprenticeship.