Hotel liable for death of guest who fell from window 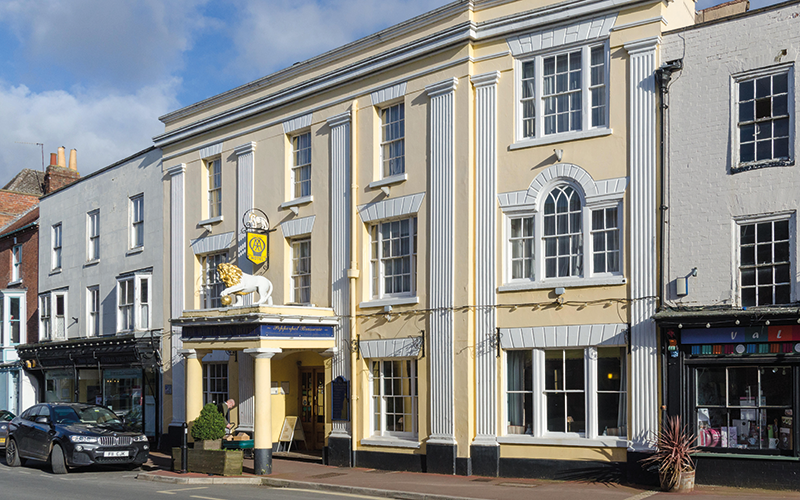 Hoteliers have failed in their appeal against their liability for the death of a guest who fell from a window.

The guest was staying in a second-floor room at the White Hart Hotel in Upton-upon-Severn, Worcestershire, following a wedding. On 5 July 2015, he returned to his room and opened the sash window. A fault on the window meant he had to hold the lower sash open in order for it to stay open. The guest sat on the windowsill with the window open and subsequently fell to his death.

Investigators found that the height of the windowsill was only 46cm above floor level, compared with the modern standard minimum height of 80cm. The appellant pleaded guilty to offences under the Health and Safety at Work Act, and accepted that the window had a low risk of someone falling from it, a risk it should have addressed.

The widow of the deceased made a civil claim for damages against the partnership running the hotel under the Occupiers’ Liability Act 1957. This claim was made subject to a 60% reduction for contributory negligence on behalf of the deceased.

The partnership appealed the decision, arguing that the trial judge had failed to apply the principle that someone who chose to run an obvious risk could not pursue an action on the basis that the defendant had either permitted him to take that risk or not prevented them from doing so.

'The judge concluded that the hotel had a duty to the deceased who was a lawful visitor to the hotel, and that there was a foreseeable risk of serious injury due to the state of the premises'

On appeal, the judge looked at the hotel owners’ duty of care under the Occupiers’ Liability Act and concluded that the hotel had a duty to the deceased, who was a lawful visitor to the hotel, and that there was a foreseeable risk of serious injury due to the state of the premises. The judge claimed there were also minimal costs involved for preventative measures to rectify the risk – £7 or £8 per window.

Even though the risk of accident was relatively low, it was still recognised by the appellant as shown in the guilty plea.

The risk was not just foreseeable, it was also one that was likely to occur as part of any guest’s normal use of the room – opening the window.

The appeal judge also said that while there was a need for consistency between criminal and civil law, there was no automatic right that a criminal conviction should lead to a civil claim and that each case needed to be judged on its own merits.

However, in this case, the existence of the reasonably foreseeable risk, which steps should have been taken to guard against, was the main grounds for the criminal conviction under the Health and Safety at Work Act and also the grounds for a breach of duty of care under the Occupiers’ Liability Act, so it was right a civil claim should follow the criminal conviction.

The judge upheld the 60% reduction in contributory negligence and dismissed the appellant’s appeal, holding it liable for the civil claim of an undisclosed sum.

This article appeared in our May/June 2021 issue of IOSH Magazine.
Click here to view this issue
Topics:
News
Work at height
Catering and leisure