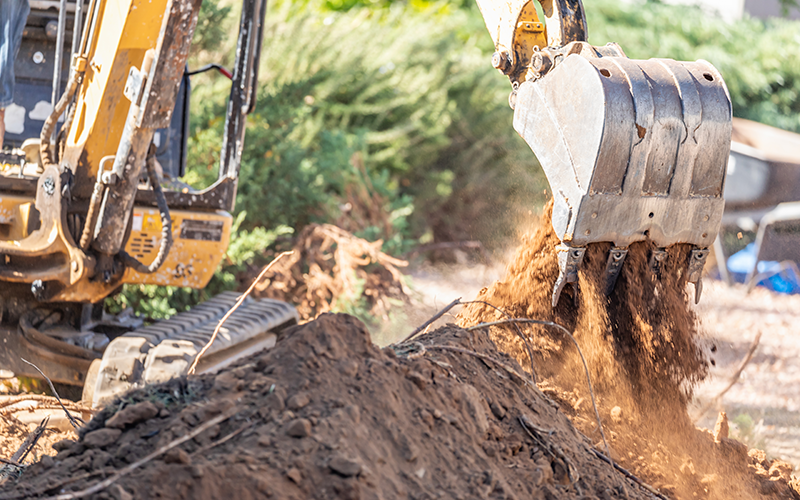 A site boss has been jailed for six months for failing to report a serious incident in which a worker had to have his leg amputated.

On 8 January 2019, Simon Lewis was clearing a site in New Malden, Surrey with an excavator so a new house could be built. The vehicle tipped while digging and it crushed his leg, resulting in amputation.

Westminster Magistrates’ Court was told that Mr Lewis had requested a three-tonne model but a smaller, 1.7-tonne excavator was provided, and he was pressured to use it.

Site manager Paul Adams failed to investigate and report the incident to the Health and Safety Executive (HSE) as required under RIDDOR.

The HSE was only able to start an investigation more than eight months later when the victim complained. By this time crucial evidence relating to the cause of the incident was unobtainable and the work was almost completed.

'This case reinforces how important it is that incidents are reported so they can be investigated, and improvements made to prevent serious incidents in future'

Adams had not reported the incident even when prompted to by a solicitor, and despite his construction experience he had failed to take any interest in understanding his legal duties nor invest in health and safety.

He claimed in court that he had stopped working for months due to the impact of the incident, but evidence proved he had continued with the work.

The judge commented on how distressing it must have been for Lewis on top of his life-changing injury, to know the incident was not being investigated.

Adams pleaded guilty to a breach of Regulation 3(1) of the Reporting of Injuries, Diseases and Dangerous Occurrences Regulations (RIDDOR).

'This case reinforces how important it is that incidents are reported so they can be investigated, and improvements made to prevent serious incidents in future,' said HSE inspector Andrew Verrall-Withers.

In 2019, a construction director was jailed for 10 months after a worker was crushed to death by a digger.