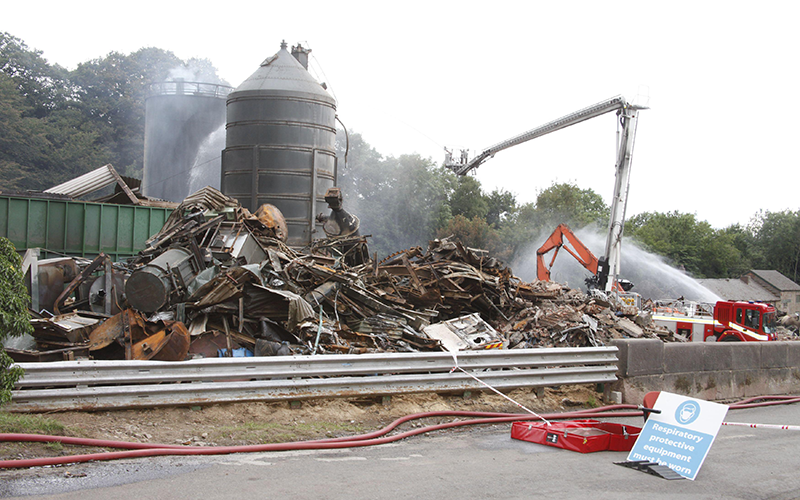 The owner of a wood mill where four workers died in an explosion has been cleared of corporate manslaughter.

Wood Treatment Ltd, which made wood chip products, had been accused of corporate manslaughter after the blast at Bosley Mill in July 2015.

Gross negligence manslaughter charges against George Boden, a director of the firm, have also been dropped.

The exact cause of the fatal blast is not known, but it was thought to have involved an explosion of wood dust, which resulted in a 1,000oC inferno that burned for days. The explosion killed cleaner Dorothy Bailey, 62, maintenance fitter Derek William Barks, 51, mill worker Derek Moore, 62, and chargehand Jason Shingler, 38. Jason's body was never recovered.

The trial, which had been sitting for almost 12 weeks since February, also heard that employees had raised safety concerns in the years leading up to the explosion. The prosecution alleged that the blast was caused by negligence and that the mill management had known about 'excessively high' dust levels.

However, damage caused to the mill by the blast made it extremely difficult for investigators to determine a cause. In her judgment, Justice May ruled there was not enough evidence.

Mill managers Phillip Smith and Peter Shingler, who had been charged under section 37 of the Health and Safety at Work Act, were also cleared.

Sentencing of both Boden and Wood Treatment Ltd in relation to health and safety offences will take place next month.